Angry Birds 2 for Android has been released by Rovio Entertainment for all the Android devices. This game is the sequel to the original insanely popular Angry Birds released 5 years ago. Although, Rovio Entertainment has released various themed spin-offs of the game like Stella, Rio, Space, Transformers, Seasons, Star Wars, etc., but I guess they never saw any of them as the true sequel of the original game.

As for the Angry Birds 2, the game brings you all new gameplay with a lot of multi-staged levels, powers, magic spells, and even the Boss Piggies. The Boos Piggies come at the boss level which happens to be at the interval of every 5 levels. To make the game even more interesting, they have brought in the Life limit options just like you must have seen in the Candy Crush Saga and Candy Crush Soda Saga. The other features include collectible Bird cards, play with friends, rewards for completing quests, and much more. 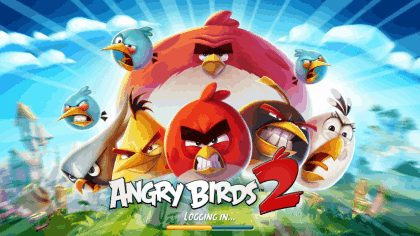 Gameplay of the Angry Birds 2 for Android:

When you launch the Angry Birds 2 for Android, you will be taken through the story behind the gameplay of the video. Once you’ve seen that, you will see the home screen of the game as shown in the screenshot below. You can browse all the levels by panning on the screen. Do remember that you can’t play the higher levels unless you have cleared the previous ones. 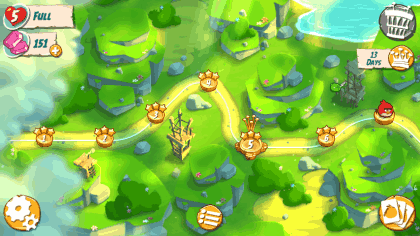 The real fun of Angry Birds 2 begins when you start playing the levels. You can see the screenshot one of the many interesting and amazing levels of the game. You can see that the levels are quite different from the ones we’ve seen in the earlier version of the Angry Birds. There are woods, stones, glasses, plants, flowers, hooks, hangers, etc.. And the background music adds up to the exotic feeling of the game. Also, remember that each level is multi-staged level. 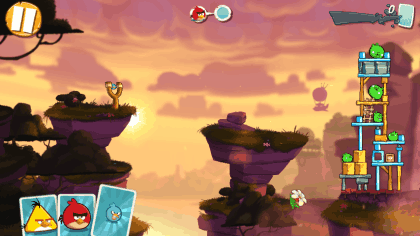 Now let’s talk about the protagonists of the game which are of course the Angry Birds and they are even angrier this time. All the birds are available as cards which you will collect as the game will process. Each bird has her own powers which you need to use wisely depending upon the level and obstacles. 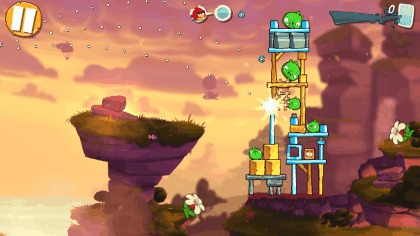 On clearing a level, you will earn stars and points on the basis of your performance. In addition to getting star and points, there is also an option for collecting a new bird card. Although, you have to score the minimum required points to get the cards. 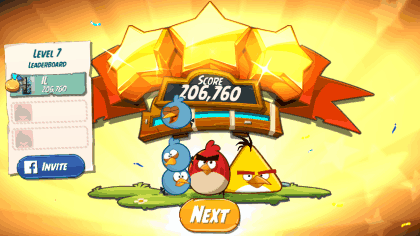 There are numerous bird cards to collect and build your flock. 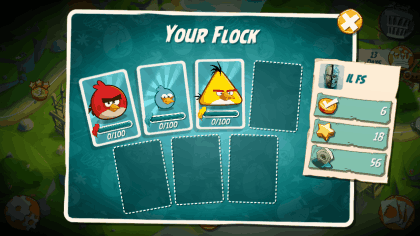 One of the new features of the game is the introduction of the Life limit. You get 5 lives and you lose one life when you fail to clear the level. Once all the lives are over, you will need to wait for some time till you revive them.

Angry Birds 2 is a good sequel to the classic Angry Birds with refreshing and new elements in the game. You will love playing it for sure. However, the only major drawback of the game is that it overheats the phone making it shut down and forcing you to wait until the battery cools down. So that’s a deal breaker for such a good game. Although, I hope they will fix the issue as soon as possible.

Bonus Tip: The Rovio Entertainment is running an Early Bird named promotion within the game. As a part of promotion, If you are able to complete the first chapter of the game within next 13 days (starting from 31 July 2015), then you get free gems, exclusive avatar, exclusive leaderboard avatar, and an exclusive tutor bird as the rewards. So start playing the game now, the clock is ticking.