Download Angry Birds Rio for PC now! Yes, Angry Birds can now be played on PC. Now you don’t even have to shoot the Hog Castle into dust (Though I haven’t got anything against the hogs, but they’re kinda crummy). What is so special about Angry Birds Rio? Well, for one, the setup’s been extensively renovated, the storyline’s been revamped. And yes, no more snorting critters. This time it’s your flock you have to rescue in Rio de Janeiro from the smuggler birds. After you rescue the birds, stash the pineapples and fend the goons, you complete your mission. 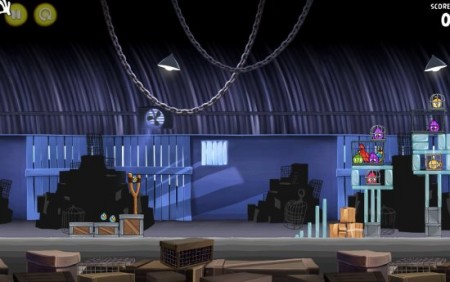 For those who haven’t come across Angry Birds, this is a castle destroyer game, where you have to knock off pigs in their castles using Shooter Birds as Projectiles. When you launch birds from the catapult, you can use their X Factor to your advantage. This X Factor is a hidden weapon which differs across the fowls. We will discuss their USP below.

But there’s one factor which disappoints. You get to download a demo version. For getting the whole series, you have to shell out a small amount. But the best thing is that you get to have a bestselling game over your PC and it isn’t limited to a lousy prelude of the game. You get to play a good portion which creates a taste for the game. All I can suggest is Download Angry Birds Rio for PC.

There are Six Kinds of Angry Birds:

In case you want some games on the lines of Angry Birds, we have reviewed Free games similar to Angry Birds.

Here’s a video to get you used to this version of the game.