Angry Birds Stella is the newest entry in Rovio Entertainment’s hit Angry Birds game franchise. A spin-off to the wildly popular series, Angry Birds Stella retains most of the signature fun elements of the original Angry Birds. However, not everything is the same. The storyline has been altered and is now set in Wavy Forest on Golden island. Instead of the original primary Red colored birds, Stella’s main protagonist is a feminine Pink colored bird called Stella (hence the name of the game), who must work with her friends (available as un-lockable birds) to defeat the bad piggies. The gameplay still involves firing off birds at structures and enemies using a slingshot. You can also launch the birds at custom angles to get more points.

The game is available for both iOS and Android (the screenshots in this review are for iPad version). 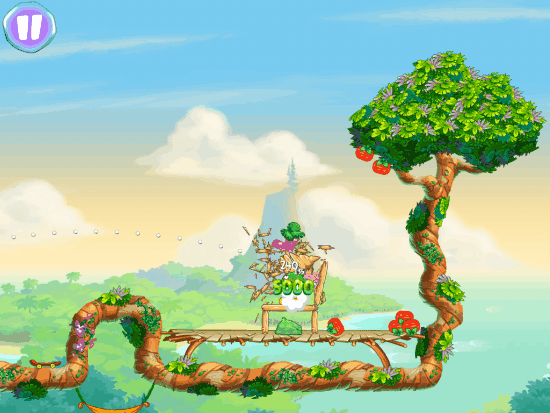 Before you can start shooting some birds, the first step is to install Angry Birds Stella on your device. Installation is a simple affair. All you have to do is head over the iOS or Android App store, search for the game and tap the install button. Once installed, tap the game icon to launch it. 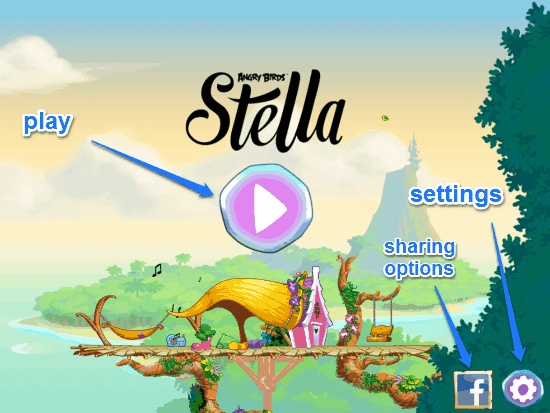 As illustrated by the above screenshot, the game’s initial loading/options screen is fairly simple, with the UI also reminiscent of the earlier Angry Birds games. There’s just a big Play button front and center of the screen. Apart from that, there are two icons on the bottom right corner: a Facebook icon for sharing the game on the popular social network, and a Settings icon to tweak in-game settings, such as audio, and view credits. Pretty simple stuff!

How to Play Angry Birds Stella?

As mentioned in the beginning of the article, the gameplay of Angry Birds Stella is largely the same as earlier Angry Birds games. For the most part, the game requires you to use a slingshot to launch the birds towards enemies and structures. To do so, you have to tap and pull back the slingshot, and then release it to fire off the bird. You can also use the real-time projectile to aim better towards the target. 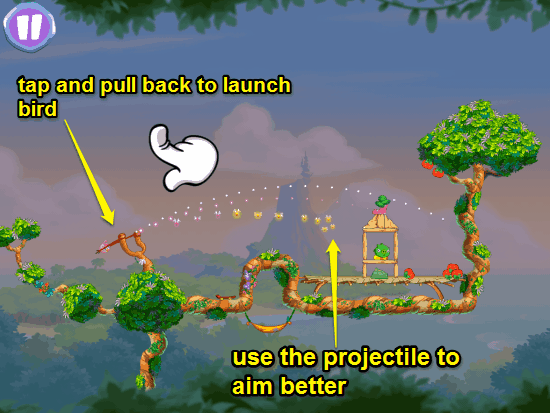 You can also aim and fire the birds at custom launch angles to hit targets that are not in the direct line of attack. The trickier your launch path is, the better score you get after hitting the target. And it’s a lot of fun! 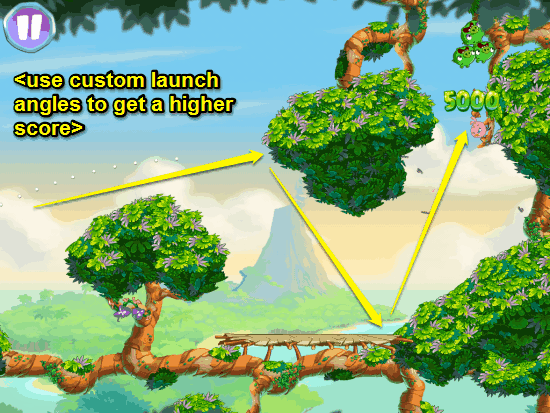 As always, once you complete a level by destroying all the targets, you get lots of points and star bonuses. The faster you complete a level, the better your star and point bonus is. You can also share your high scores with your friends on Facebook, and see their scores as well. You can also replay the last completed level, or pick any of the completed levels any number of times you want. 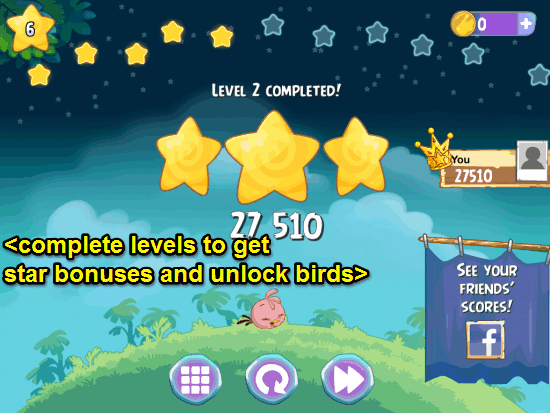 That’s all there’s to playing Angry Birds Stella. Simple, yet addictive, right? So what are you waiting for? Get going, and playing!

As the latest bird shooter from Rovio, Angry Birds Stella is quite a solidly designed and impressive game. The gameplay is challenging, yet a lot of fun, which makes Angry Birds Stella all the way more addictive. Add to it the impressive sounds effects and improved graphics, and the game becomes even better. Overall, Angry Birds Stella will appeal to everyone, even though it’s been designed keeping women in mind. So hop over to the app store, and get shooting some birds.