On the hero side, you have a team of AUTOBIRDS, which includes Red as Optimus Prime, Chuck as Bumblebee, Terence as Heatwave, Hal as Grimlock, Bubbles as Jazz, and Stella as Arcee. Similarly, for the villains side, you have a team of DECEPTIHOGS, which includes King Pig as Megatron, Corporal Pig as Galvatron, Foreman Pig as Lockdown, Chef Pig as Soundwave, and Minion Pig as Starscream. 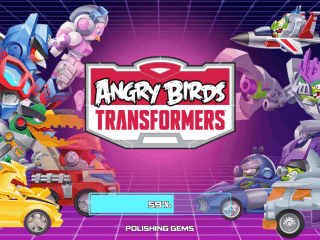 Gameplay of this Angry Birds Transformers for iPad: 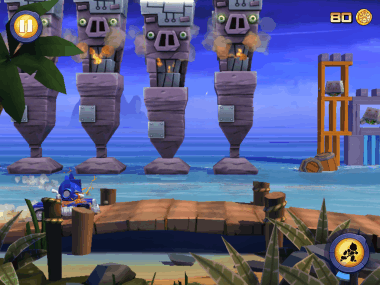 You will start the game as Optimus Prime, but as you progress in the game, you will unlock cool powers and your friends, which will complete the AUTOBIRDS team.

A mysterious EggSpark has reached Piggy Island. It has transformed all the things into Transformers which are ready to destroy everything. You have to save Piggy Island and catch that EggSpark. 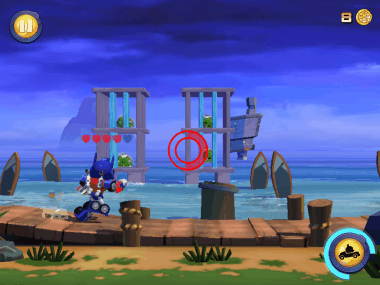 The game is basically a side-scrolling game in which Angry Bird will keep on running on the screen as the screen will slide. You have to shoot the pigs which will come in your way, avoid the falling statues, and reach the finish point. You have a specific number of lives to reach there, so if you lose all lives before that, then you will lose the level. 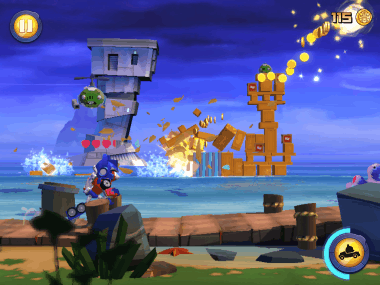 On winning the level, you are awarded with virtual currency and gems. You can use these rewards for enhancing the ability of Angry Birds. 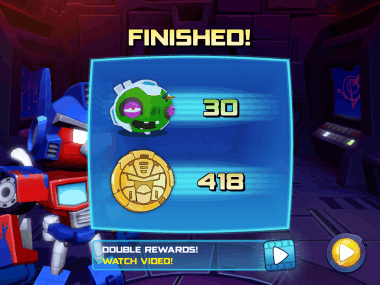 The game even includes an Upgrade shop from where you can get different upgrades for your character. These upgrades boost your character’s powers and ability, which will ultimately help you in fighting with more powerful enemies. 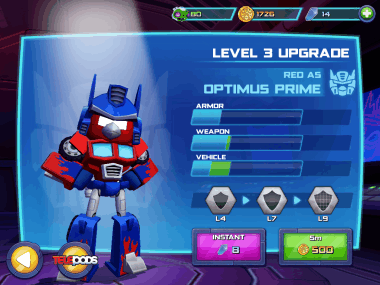 You may also like: Angry Birds Stella for iPad.