The game includes 5 new game modes in which you will have to do a lot of new tasks like releasing the fizzy purple colored soda, freeing soda bears, breaking the ice, and lots of other stuff. Currently, the game includes 140 levels and mouth watering colorful soda bottles. The game also lets you save your progress in the game via Facebook.

Note: This article is focused on Candy Crush Soda Saga for iPad but its also available for playing on Android devices as well as on the Facebook app.

The main gameplay of the Candy Crush Saga is same at the basic level like matching and blasting candies, making combos for extra power-ups, breaking ice, etc. There are only a few minor changes to the game’s predecessor and a some new additions as compared to the earlier Candy Crush Saga.

The main difference between the two games is the inclusion of Soda. You have to release soda from soda bottles in such a way that the whole board of the game is filled. The soda in the game is quite tempting with its fizzy sounds and purple color. 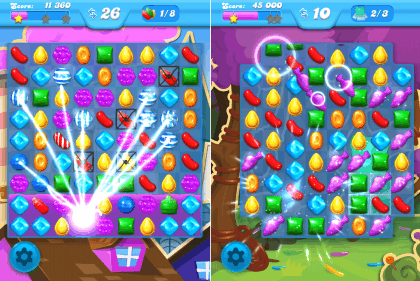 The other major change in the game is that the soda gets filled in upward direction which means that all the candies will also go up and new candies will be formed from the bottom. In Candy Crush Saga, its completely inverse of this.

Besides, there are different new game modes which take you on brand new journey across the Candy Land. The game modes are Soda, Frosting, Honey. 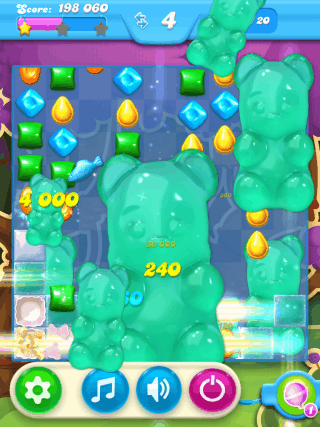 Just like previous version, the game displays stars and points earned on completion of each level. You can also check your rank among your Facebook friends playing the game. 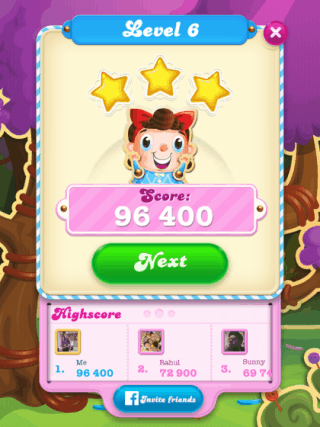 The game includes a total of 140 levels spread across different episodes whose difficulty level increases as you will go on to proceed. 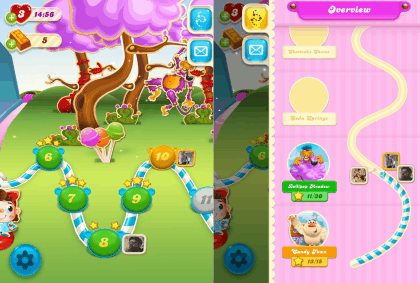 You may also like: iPad Matching Game to Match Same Colored Jellies.

Candy Crush Soda Saga looks to be a good sequel to its predecessor Candy Crush Saga with all new levels, game modes, and challenges. The game is worth a try.