In this list we will talk about some mind numbingly awesome games for Android that not only allow you to stay entertained for hours on end by providing you an immersive gaming experience, but will also allow you to beat your high scores while having absolute fun in doing so. These games are the most downloaded top rated games on the Android App Market, with each one of them having over a million downloads! Of course, these games are absolutely free, the catch being that to progress faster, you do need to purchase stuff in some games which costs real money, but paying is not necessarily important as you can easily earn in game currency through which you can purchase stuff as well, only thing being that it will take you more time to do so.

So let’s see what these games are… 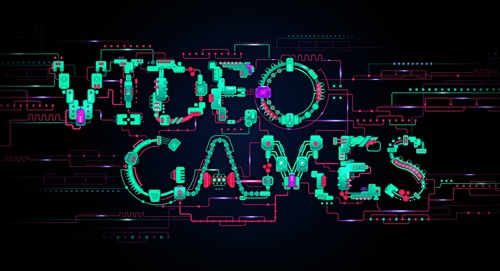 Angry Birds Space is a sequel to the Angry Birds games, and the game has absolutely fantastic graphics. If you remember, Angry Birds had taken the Android market by a storm, and everyone was raring to have it on their devices. This game lives up to all the expectations, and in the game, you play as the birds whose eggs have been stolen by the pigs, but in this game instead of the standard catapulting and hitting the pigs, you play in space where the pigs are on small planets having gravity zones of their own and space being in zero gravity. 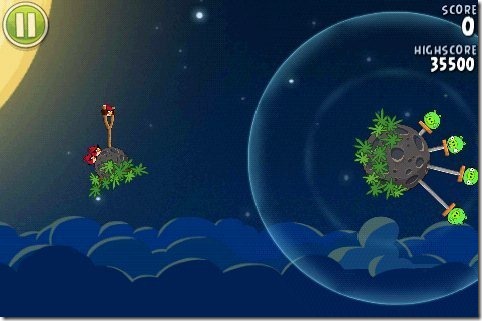 The challeng of the game is to release the bird in such a way that it flies through zero gravity, enters the gravity zone of the planets and hits the pigs. The gameplay graphics are superb, and when you launch the app, you can easily select the level that you wish to play. 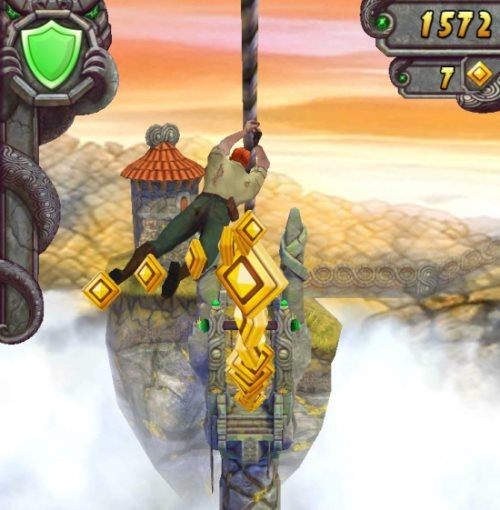 Temple Run 2 is the sequel to Temple Run game which was oh-so-popular on Android. Temple Run 2 offers a similar gameplay experience on Android with the same controls, the major improvement being the graphics quality, and extra obstacles like ropeway, etc. The game has the same controls of tilt to move, swipe up and down to jump and slide respectively, etc. The game includes more characters, and also offers the ability to purchase a powerup which you can activate when your coin meter fills up. The app also has other powerups and gems which can be picked up along the way. Gems can be used to continue the game even after you die, and you can also purchase one time use powerups like headstarts and resurrection from the game’s store. 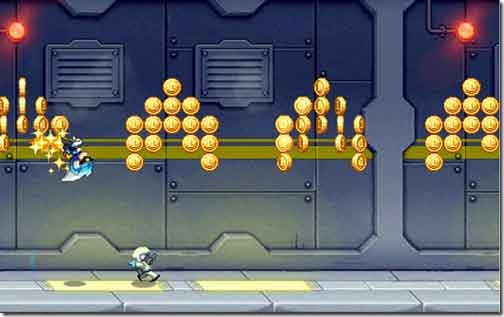 Jetpack Joyride is an excellently designed game for Android in which you play as Barry who steals a jetpack inside a secret lab and then flies it around inside the lab, where the scientists start running from Barry to save themselves from the blast of the jetpack and to avoid them from being knocked over and killed. The game has cute graphics and it’s designed in a 2D environment where you have to navigate Barry and save him from obstacles, like: zappers, etc. Throughout the way, Barry can pick up coins which can be later used to purchase upgrades to his jetpack, his clothing, etc. You can also collect powerups along the way which allow you to fly inside a bird, ride atop a dragon that breathes fire, etc. Overall, I love this game, and it’s well worthy of the 50 million + downloads that it has on the Android App Store. 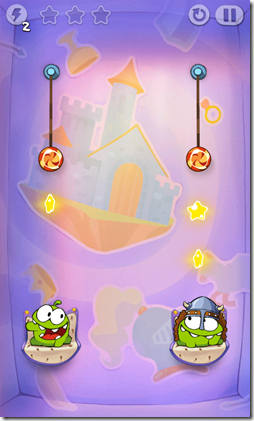 Cut The Rope: Time Travel is another free and amazingly immersive game that allows you to play for hours on end. If you have played the original Cut The Rope, you know that in this game, you have to deliver candy to Om-Nom by cutting various ropes. In Cut The Rope: Time Travel, the game becomes a bit more challenging as in this game, Om-Nom travels in time (past and future), and you have to deliver candy to both Om-Nom and his ancestor/future self. The game is divided into various levels. Upon completion of each level, you can choose to play the next level, or simply replay the same level to achieve a higher score. During the level, you have to collect stars to achieve a high score. With each progressing level, the game becomes more and more difficult and new obstacles come into play in the shape of levitating bubbles, spinning wheels that can break the candy, cute little spiders that come and eat the candy before you deliver it to Om-Nom, etc.

Get  Cut The Rope: Time Travel. 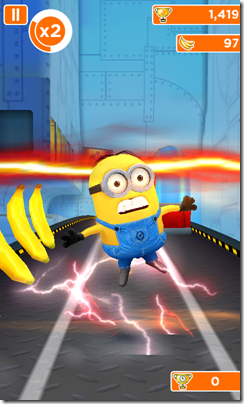 Despicable Me: Minion Rush is a cute game which is an endless running game just like Temple Run series of games. In this game, you play as the cute but a bit retarded minion who keeps running inside the working lab, streets etc. where the other minions live and work. The game is divided into stages. At the end of each stage, a boss will come and try to fight with you using machines that shoot stuff or try to hit you. You have to collect bananas along the way which you can later use to purchase and upgrade stuff. The graphics are incredible and the game is sure to keep people of all ages entertained for hours on end!

Get Despicable Me: Minion Rush.

To wrap it all up, these are 5 Android games that you should definitely play at least once. These are my favorite games on Android, and you can be sure that when I say that they are the best, they in fact are! If you are like me, you have already heard of most of the above games, maybe even played them, but if there is some game in the above list that you haven’t played or heard of before, now is the time to grab it for your device and play! Do let me know your experiences with these games.