We all have those mundane days where we are just lazing off, looking for something interesting to do. Look no further, as in this article, we will discuss 10 Best Free Car Racing Games For Windows 10 devices which will set your adrenaline racing and kick you out of that boredom and get you glued to your screen! What’s more, some of these are even backwards compatible with Windows 8 and Windows 8.1.

Without further ado, let’s jump in to our top 10 picks! 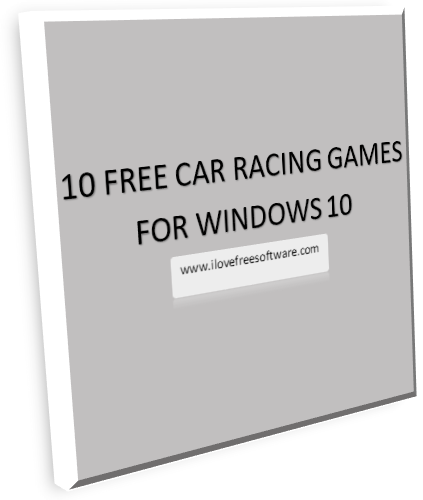 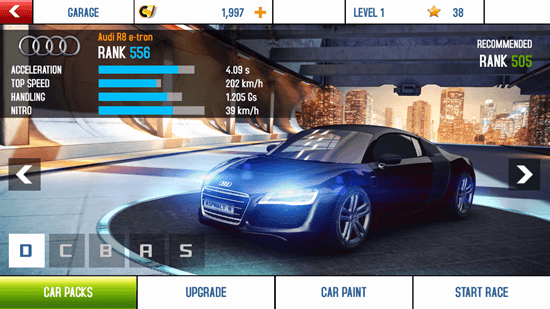 Asphalt 8: Airborne is the indisputable king of this category of car racing games. The game has a huge array of real world cars translated into the game, and also has realistic physics. As if all of this wasn’t enough, the game has partnered up with various music bands across the world who exclusively make tracks for this game. The graphics are intense, and the sound scheme is great. The game has various levels set in real world locations like London, Hawaii, etc. and the maps look ridiculously cool. The controls are simple, and both touch as well as non touch devices are supported.

As if this wasn’t enough, this game is backwards compatible with Windows 8 and 8.1 devices too, so you can play this not only on your Windows 10 device, but also enjoy this heart throbbing, adrenaline pumping game on an older version of Windows (8/8.1) as well!

Get Asphalt 8: Airborne for Windows 10. 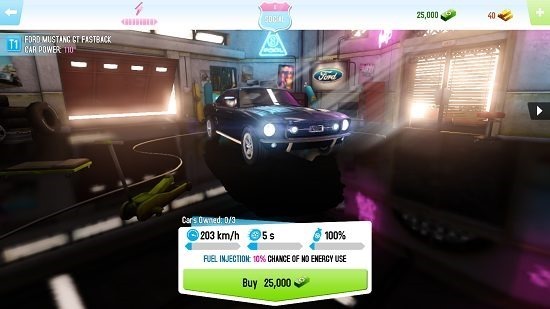 Asphalt Overdrive is another car racing game which is a brainchild of Gameloft studios. This game has been specifically designed for those users who don’t want to download a large game just to experience the fun of car racing with good graphics. This game substantially cuts down on the size of download, and yet offers stunning gameplay experience with great sound schemes. It is perfect for those scenarios where you are on a limited data bandwidth. This game too, like its older sibling (Asphalt 8: Airborne) is backwards compatible with Windows 8 and 8.1 devices, and has the same keyboard/ touch controls.

Get Asphalt Overdrive for Windows 10. 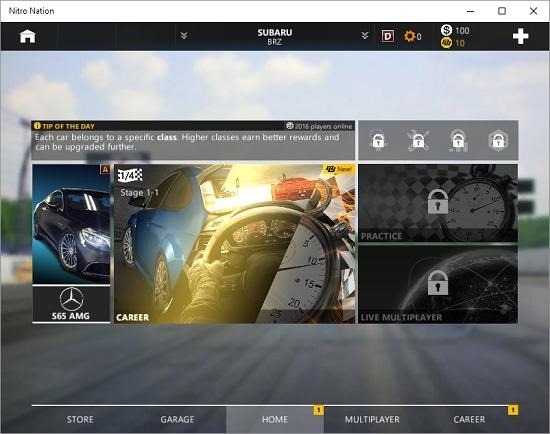 Nitro Nation is a game which pushes the boundaries of drag racing format of car racing. The game has great graphics, is considerably lightweight and is perfect for playing car racing on the move. What makes it stands out from the crowd is that it even runs on lower end Windows 10 devices without any external graphics card under the hood with great performance. Integrated graphics on board are perfect to run it, and it runs great on portable touch/non touch devices too – eliminating the need for playing it on a large bulky PC. The game is devised around a plan where you need to shift gears at the correct time to cross the finish line first (which is the concept of drag racing).

Get Nitro Nation for Windows 10. 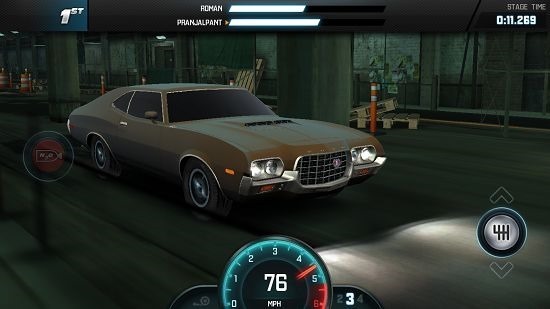 Fast & Furious 6: The Game is a free car racing game app for Windows 8, 8.1, and 10 devices. The game is based off on the Fast & Furious movie series and has a similar storyline to it. It has several cutscene animations where you will see the story of the game as it progresses. It’s based on drag racing concept where you need to shift the gears at the correct time to achieve a perfect gear shift, which will help you in crossing the finish line faster. The graphics of the game are superb, and the controls are simple – all you have to do is to pull the gear shift lever up or down depending on your speed to shift the gear up or down. This can be done on a touch screen device with your finger or with your mouse via the left mouse button. The game has various cars and levels which will get unlocked as the game progresses. I definitely recommend that you check out this game!

Read our full review of Fast & Furious 6: The Game here. 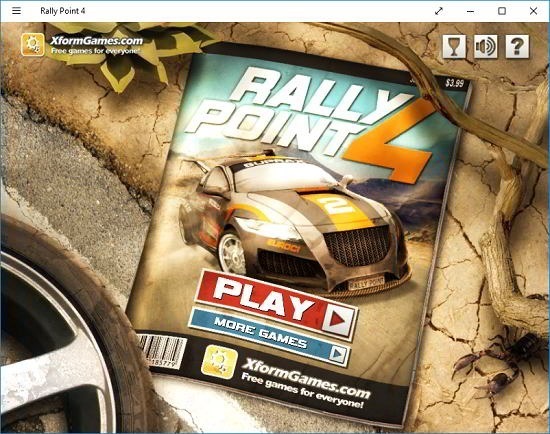 Rally Point 4 is a free rally (off-road) car racing game for Windows 10 devices. This game is a relatively new kid on the block, but trust me, it’s pretty awesome. The game has an array of rally cars and levels, which are pretty neat, and the controls of the game are very intuitive and have an easy learning curve to them. The conveniently located on screen buttons over the gameplay area make it relatively simple to control the gameplay environment. Tracks are initially locked and get unlocked when you complete the previous tracks. Initially, only the first track is unlocked. You earn rewards when you beat the best times, and using these, new cars can be purchased. There are some cars in the game which are available only as in game purchase with real money. I recommend that you check it out! 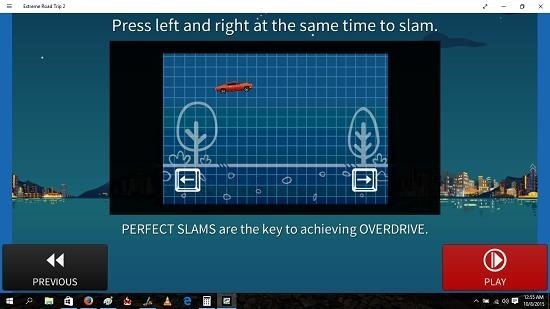 Extreme Road Trip 2 is an endless 2D car racing game in which you have to race against time by executing stunts. The car in this game has its accelerator stuck, and you cannot use the brakes, hence the car is destined to crash eventually, with its speed rocketing upwards. The motive of the game is to execute perfect stunts to achieve a high score before the car crashes. The game has separate controls for executing various stunts, and hence makes for a good way to kill some time when you have nothing on your hands. The game is lightweight and hence is perfect for those who are on a limited data bandwidth. You should note that this game is only playable on non touch devices / with an attached keyboard.

Get Extreme Road Trip 2 for Windows 10. 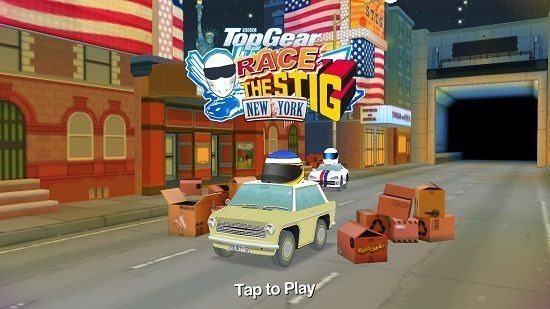 Top Gear: Race The Stig is a great free car racing game designed by BBC for Windows 8, 8.1 and 10 devices. The game is ridiculously fun to play with its cutely idiotic cars and cartoonish graphics. The game will definitely be enjoyed by kids because of two reasons – cuteness overload and easy controls. The controls are incredibly easy – the car accelerates automatically, and to turn it all you have to do is to press the left and right keys to turn it to the left or right lanes respectively. The game is mission oriented and is pretty lightweight and well polished all around. There is nothing really to hate about this car racing game which is nothing but a huge dollop of cuteness overload!

Get Top Gear: Race The Stig for Windows 10. 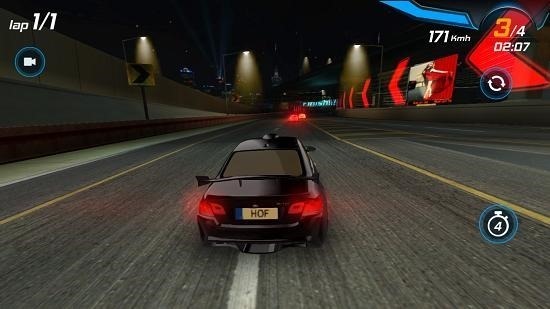 Car Racing 3D High On Fuel is a free car racing game app for Windows 10 devices which pushes the very boundaries of racing games of this segment. The game has intense graphics which look very realistic and tons of tracks to be chosen from. The wide array of selectable cars is also an added cherry on the cake. The game has both single and multiplayer modes, which allow you to follow the racing type that you wish to do. Multiplayer mode matches you with random players online, whereas single player mode has unlockable 60 levels, out of which initially only the first level is unlocked, but subsequent ones get unlocked as and when the previous ones are completed.

Get Car Racing 3D High On Fuel for Windows 10. 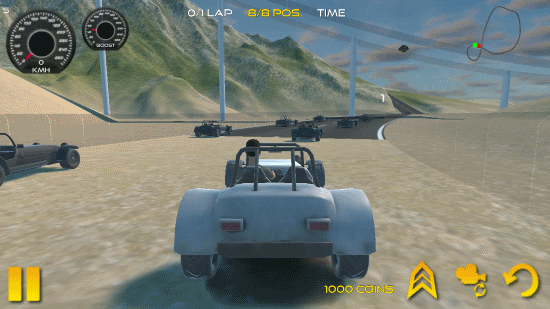 Multi Racing is a car racing game app for Windows 10 devices which has configurable graphics settings, multiple tracks and multiple cars to choose from and play the race. The game has touch and non touch controls both, and hence makes for a good download on both touch screen and non touch screen devices. The game offers upgrades for cars which can be done with points earned in the game, or can even be done with real money. The game is lightweight too, and is surely worth your download if you are looking for a game which offers car racing with a highly customizable experience. It works with Windows 8 and 8.1 as well.

Get Multi Racing for Windows 10. 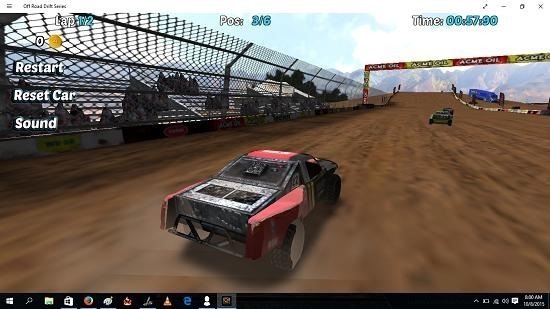 Off Road Drift Series is a free car racing game which is based on keyboard controls. The game uses the standard WASD or ↑←↓→ keys to accelerate, turn left, decelerate and turn right respectively. The game, as the name suggests is based on car drift platform of racing held in an off-road environment. The game takes you through various terrains like desert, grass etc. The cars can be unlocked and new cars can be used for better performance. You can also choose to tune up your existing car from the game shop. The game shows various meters at the top which show the current laps, position, time etc. and also has a conveniently located menu of various options at the left side of the gameplay environment. I definitely recommend this car racing game.

Read our full review of Off Road Drift Series here.

Get Off Road Drift Series for Windows 10.

This wraps up my list for 10 Free Car Racing Games for Windows 10 devices. Do give them a shot and let me know of your opinions regarding these apps in the comments below!