Extreme Road Trip 2 is a free 2D car stunt racing game app for Windows 10 devices. When you run the game, you will be shown an interface which will allow you to start the game itself or tweak the settings. You will be able to choose your car and the level that you wish to play from this screen. Once all is set up, you will be taken into the game play screen where you can control the car via simple arrow button controls. The story line of the game is based on the fact that your gas pedal (accelerator) is stuck in the down position and you have to reach the maximum possible distance without crashing. At the end of the level (when your car crashes), you will be shown your score etc.

Extreme Road Trip 2 is available for free from the Windows App Store.

Press and hold Left/Right Arrow when car is in the air: Perform back flip/ front flip respectively.

Press Left and Right Arrow buttons simultaneously when car is in the air: Slam land.

When you run the game on your device, you will be presented with an interface which is shown below. 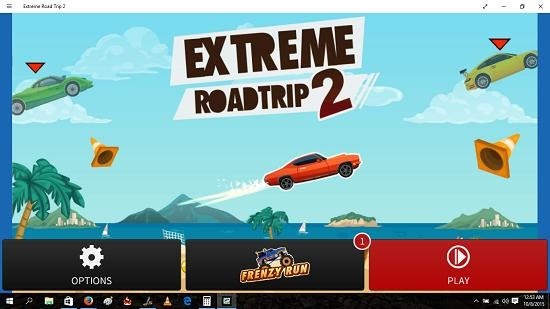 You can start the game by simply clicking on the Play button in red. When you do that, you will be shown a brief intro to the game… 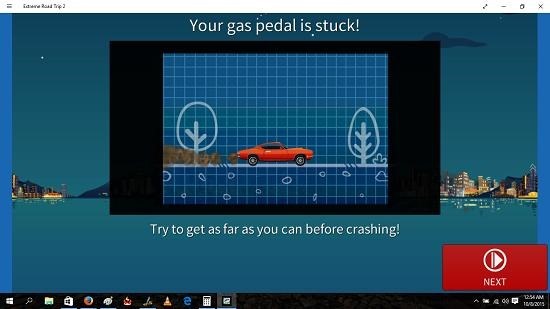 …followed by the controls of the game itself. 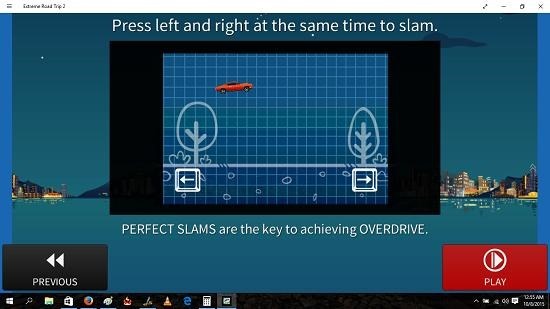 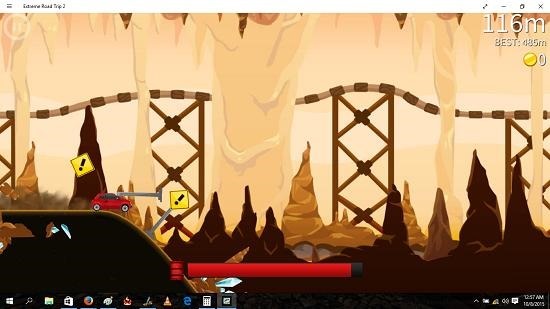 In the gameplay screen shown above, you can see the distance traversed at the top right of the screen, and the remaining fuel at the bottom. The game relies on you performing stunts to gain nitro boosts as after each successful stunt with a perfect landing of the car, you get a nitro boost. You also get various coins and fuel collectibles throughout the way and you can keep an eye on the coins collected within the level at the top right of the screen, just below the distance traveled meter. When your car crashes, it’s game over and you will be able to see a screen shown below. This displays your game stats and performance. 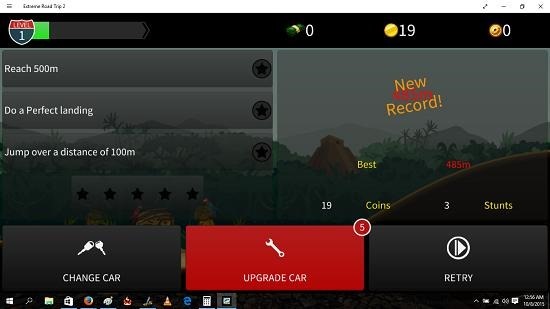 Here you can also choose to upgrade your car, change your car or retry the level. You can also see the existing mission markers at the left side of the above screen.

Extreme Road Trip 2 makes for a good download if you are a fan of car racing game packed with action and adventure. You may get it for your device from the link below.