Off Road Drift Series is a free car racing game for Windows 10 in which you compete with other cars on a drift friendly race track. The game has a lot of drifting action going on and hence if you are a fan of car racing games which involve stunts, this will soon be your go-to game! The game is a little heavy on size though, so download it only if you are on an uncapped data plan or when downloading it won’t hurt your wallet too much. The game has support for both touch as well as non touch controls.

Off Road Drift Series is available for free from the Windows App Store.

Main features of Off Road Drift Series for Windows 10:

Soon after you run the game on your device, you are asked to choose the controls type. 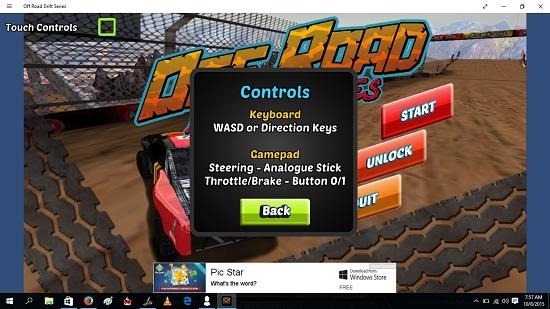 Once that’s done with, you will be taken to the main menu of the game. 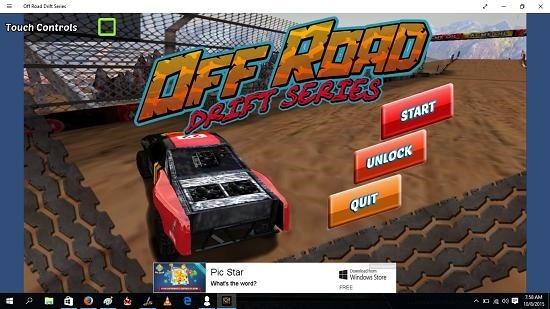 In the main menu, clicking on the Start button will take you into the track selection screen. 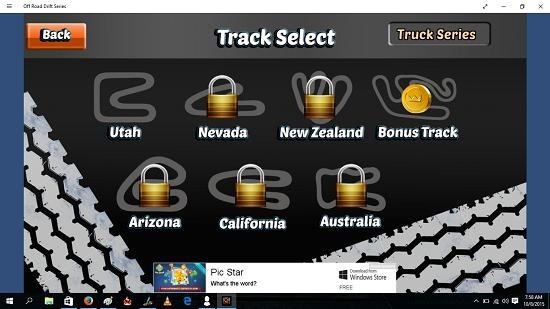 which is followed by the gameplay screen itself. Depending on the speed of your processor, the gameplay interface may take some time to load up. You can see the gameplay in action in the screenshot below. 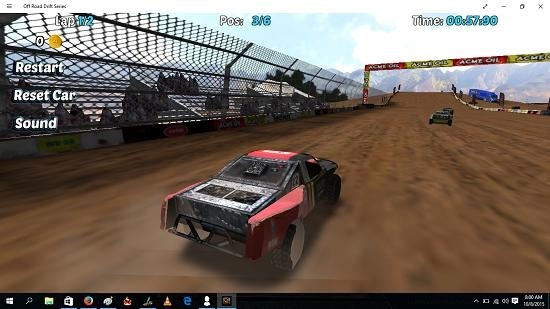 The game has great graphics and easy to navigate controls. Towards the left side, you will find the self explanatory options to restart the game, reset the car to initial position and tweak the sound settings. You can also see your collectible coin meter at the top left. Towards the top left, you can see the current lap number, your position in the race and the time elapsed since the start of the race. You can use the following controls to control your car in the game:

When you complete the race, you will be shown a prompt like the one below. 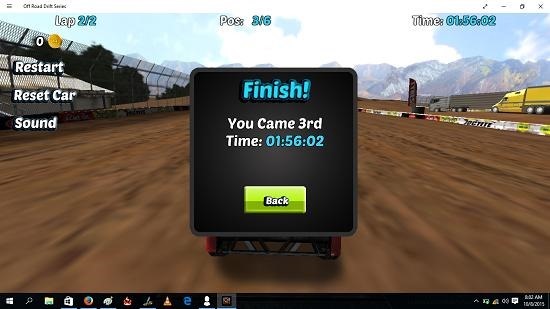 This is a wrap of the main features of Off Road Drift Series for Windows 10 devices!

Off Road Drift Series is a good car drifting game app for Windows 10 which you can get for your device from the link below.

Get Off Road Drift Series.