I recently reviewed two other launchers: Nova Launcher, and Vire Launcher. 91 Launcher brings something different to the table. 91 launcher’s home screen animations remind me of Samsung’s Touchwiz 5.0 Interface, as the animations are very similar. It also gives a popup when battery is lower than 30%, and allows you to download various widgets, the best part being that it offers full screen previews of widgets that you can download. Also, it offers you a choice whether to use stock icons or icons provided in its icon-packs. 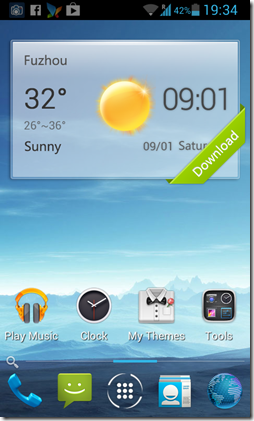 Features of 91 Launcher for Android:

Although 91 Launcher is heavy on system resources, it is definitely worth giving a shot because of its amazing customizability. It has more cool features than many of the paid launchers out there, and constant updates keep making this app better day by day. The day is not far when this app will be a permanent homescreen replacement app for my Android.