Jet Velocity is a free fighter plane game to play online on your Chrome. This is a flying plane game, in which you have to reach the end and shoot the opponents too.

Jet velocity is set in a futuristic world. You have to drive the fighter plane just above the track; that too in the air. You can collect missiles or collect boosts to reach the end first. Gain points and buy new weapons to bring down the opponents.

Update: (July 16, 2013) The game is no longer available in Chrome Web Store. Check out some other Chrome games reviewed by us: Rush Team, Cargo Bridge, and Sprocket Rocket.

Jet Velocity is an action packed plane game. You have to fly the jets at full throttle and win the race to earn points. To unlock upper stages and better jets, you have to win the race in any of the first three positions. When you gain points you can buy weapons also. Let’s see more details about this game.

Initially in this game, you are given three jets only. On the main screen you will see the option to play and select ship. Go to the select ship option and select the ship you like. The ships are based on handling power and thrust. Then go back to the main menu and play. Then the game count downs to three and the game will start. Then you have to start competing with your opponents. On the track you can collect boosts represented in form of arrow marks and missiles in form of rockets. There are different types of missiles for you to collect. 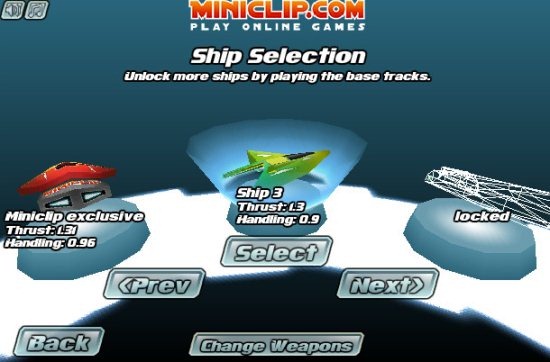 After the end of each stage you will be shown the option to change the weapons. In that the initial cost of each weapon is low and it gets doubled when you buy them again and so on. The weapons available are: small missile, large missile, and fire wave. Small missiles make less impact, the large missiles almost slows down the opponents, and fire wave sends a wave ahead of you which brings down your enemy when the wave hits them. You can use these weapons to slow down the enemies. Let’s see the controls in the following review.

The controls of fighter plane game online are given below. 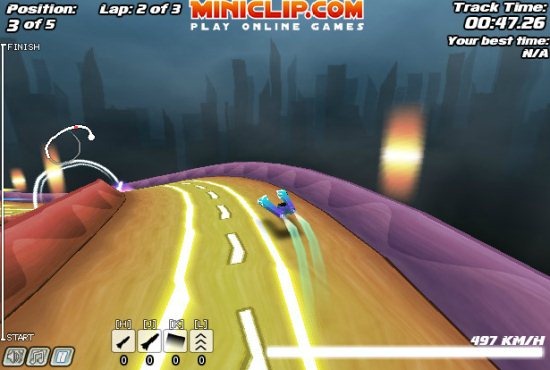 Jet Velocity is an addictive online game. The game has good graphics and sound effects too. You can also try: Ace Pilots or Moon Breakers.