Vatn Squid is a free shooting game to play on your PC. Shoot all the bosses before you get busted in shortest time possible.

Vatn Squid is a different game in which you have to face different kinds of bosses only. Kill all the bosses as quickly as possible and win the game. The game is quite simple and short. The download size is just 8MB and it needs an internet connection to update the shortest time in which the game is finished by other players.

Vatn Squid is an awesome shooting game; also called hell boss rush. The meaning of Vatn Squid is Icelandic for water. You have to face different types of bosses, everyone appearing one after the other and no other enemies at all. You have to kill them all in the shortest time or if you want to play as the boss then read this awesome review on Boss Rush.

Vatn Squid is an action packed game; set in dark space background. You have to control a spaceship to kill the enemies (bosses). But the difficulty is that, they shoot hell number of bullets. You will have very less space to escape those shower of bullets. But you are given special options to dodge their bullets. For example you are given shield and special power bullets to kill the bosses. Let’s see some tactics on how to win the game.

Just view the video we have posted above (to get a rough idea on the game). While you are being attacked by bullets, just activate the shield. The shield absorbs all the bullets to increase your power. This power can be used to launch the special missiles that can effect the enemy. This special missiles can be activated only when the power is full, so activate the shield and absorb all the bullets. Kill the bosses as fast as possible; with these special bullets. 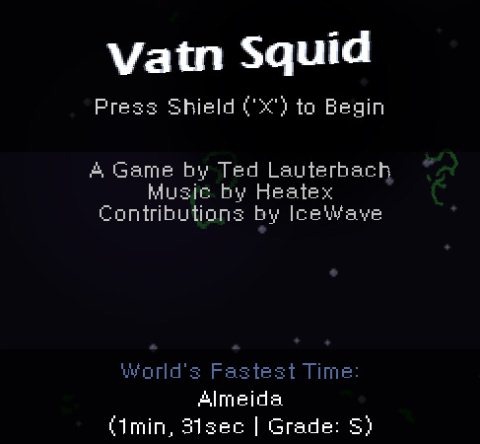 The controls of this free shooting game are mentioned below: 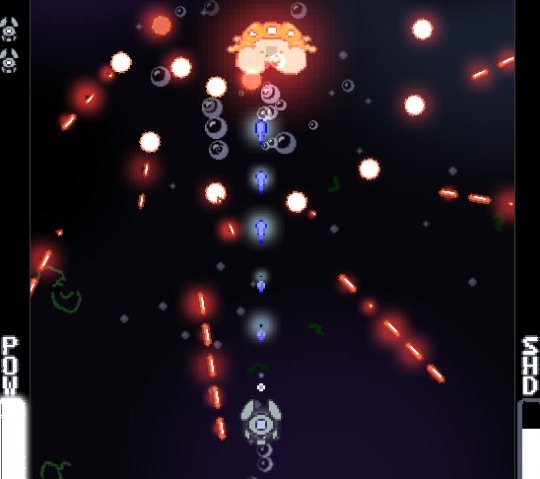 Vatn Squid is a full action packed game. This game is to test your skills for the best timing. The sound effects and graphics are also good enough. Also try these other games named: Dodge or Pirateers.