Pirateers is a free online pirate game where you will control your own pirate ship. Live a pirate life and find the lost treasure “Neptune’s Eye”.

Take full command of a pirate ship in this game. In this pirate game: destroy naval ships, pirate ships, rob the merchants, find treasure, and find the Neptune’s Eye. 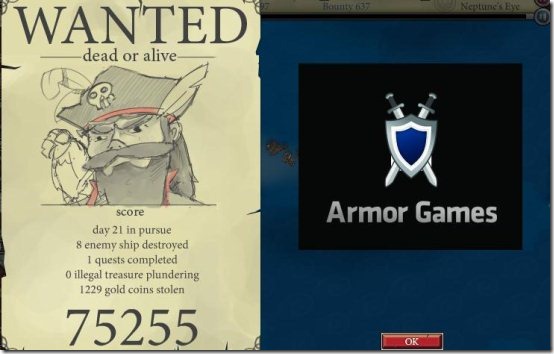 About This Pirate Game:

This pirate game is an adventurous game where you will control the whole ship by yourself. You play the game day by day and travel around the sea completing missions to earn money. You can also loot money from other ships and sometimes you find treasure also. But everyday you can carry limited load and at the end of the day you can sell the loot. You will see a Wanted Poster as shown in above screenshot at the end of each day or when your ship’s armor is zero. It shows the total points, the day, enemy ships destroyed, quests completed, illegal treasure acquired, and gold coins stolen.

After a day is completed you can check out the: Shipyard, Weapon shop, marketplace, and status. 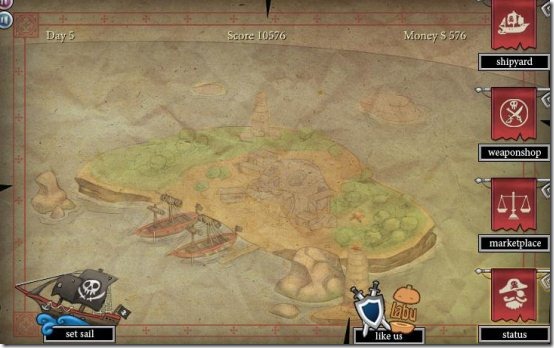 Objective Of Your Journey:

The main objective of this game is to find the Neptune’s Eye pieces and join them. But once you set sail your journey, you can either free roam in the sea or choose to complete missions. You will face many rivals and it keeps getting tough while you progress day by day. Even the treasure finding is not easy. It’s similar to minesweeper, you have to start with a guess and a number will open. This number shows the number of blocks in any direction the treasure can be found. It’s better if you find the original treasure chest and earn more points or else you get very minor points for digging. The treasure maps will be unlocked when you kill the enemies. There is lot other stuff that a wrecked ship will unlock for you: vessels, antique, fabrics, etc. and you can sell all these. 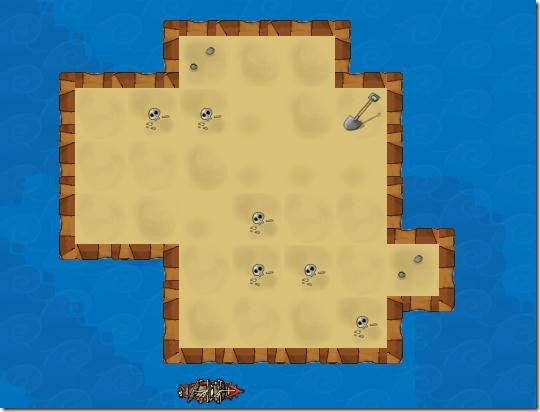 Depending on the progress in the game new missions will be unlocked and those will be shown on top of the screen. To access the missions just click on them or use the [ZXCV] keys to play those missions. Use [WASD] to steer your ship and left click or spacebar to shoot with your cannons. When you want to access the special weapons after you buy them from weapon shop, just click and choose them to use the weapons. The money looted and the day of your journey will be shown in the left corner. 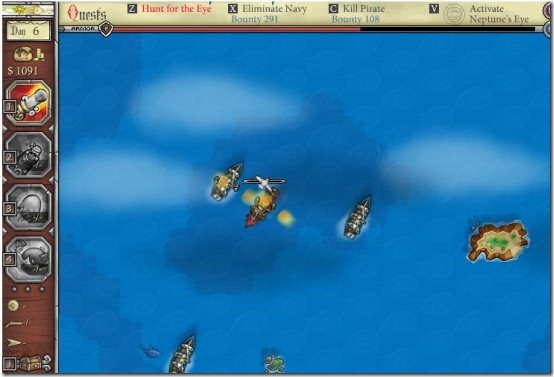 Overall this is a nice pirate game to play. Pirateers is similar to the 3D game Sea Of Chaos (that is reviewed earlier) but this online game is 2D and this online game is better than the PC game. Command your ship and rule the sea. If you have any problem in opening the game, then try it in a different browser.