Ace Pilots is a free aircraft game online for your Chrome browser. Just install this app, then you can become a jet fighter pilot and battle with a fighter.

This free aircraft game is a tough one to master. You can complete several training missions and then enter the war field. This is a 3D flying aircraft game in which you have to get involved in taking out your enemies; both in air and on the land.

Update: (July 15, 2013) This game is no more available in Chrome Web Store. You can check out some other games for Google Chrome we reviewed earlier: Sprocket Rocket and Cargo Bridge.

Ace Pilots is an intense battle game; in which you get to fly F/A-18 Hornet. The range of this hot bird is 500 nautical miles and can fly at a maximum speed of Mach 1.7. So, fly this fighter bird at maximum speed and take out your enemies.

Ace Pilots is a Chrome extension, using which you can launch the game on your Chrome browser. Want some intro on the game, then choose training missions. If you want to play some missions seriously, then complete these training sessions and the relevant missions will unlock themselves. The training missions include: 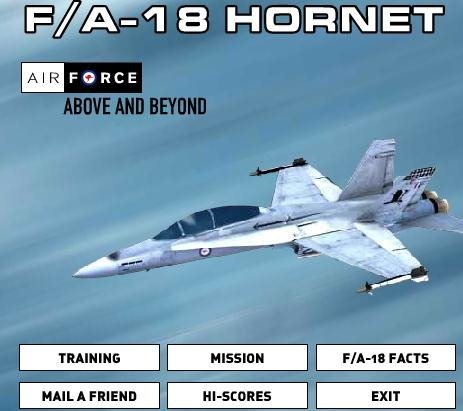 In missions, you will be given missions when you complete the training sessions that are mentioned above. Before every mission, you will be briefed on how to proceed and how you may get eliminated. These may include tailing your enemy, shooting land based enemies, etc. Make high scores by completing missions. Fly the F/A-18 Hornet, load the missiles, and take out the enemies single handedly. Click on F/A-18 Hornet, to view the dimensions, details of speed, range, etc. of the fighter plane.

Controls of This Free Aircraft Game:

Here are the controls using which you have to control the F/A-18 Hornet: 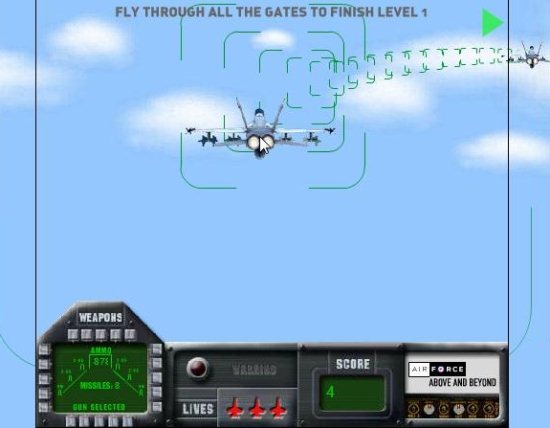 Flying an aircraft is always fun; but flying fighter aircraft is somewhat serious. So, here’s your chance to fly this air force flight on your Chrome online. The sound effects and graphics are good enough. You can also try: Moon Breakers online on Chrome or Indestructo Tank Online or Sky Battle for PC.

Click here to play Ace Pilots on Chrome for free.