BitDefender Rescue CD is a free bootable antivirus scanning software for Windows which you can use in situations when virus infections don’t allow you to boot up Windows. Like the name of it suggests, this is a CD image, from which you can either create a bootable CD or USB flash drive and use them to scan your computer for malware infections. It’s built on top of Linux, and it runs the BitDefender Antivirus Scanner for Unices AV.

Screenshot below shows us the interface of this free bootable scanner. This is an entire operating system, there’s even Firefox which you can use to browse the Internet. BitDefender AV that you get will probably be outdated, but it’s possible to update it like you would any other antivirus software. A couple of other system recovery tools, which normally wouldn’t be system recovery tools, are available. We’re referring to the file browser and rootkit removal utility. File browser can be used to recover important data from hard drives before doing any kind of malware removal or system reinstall. 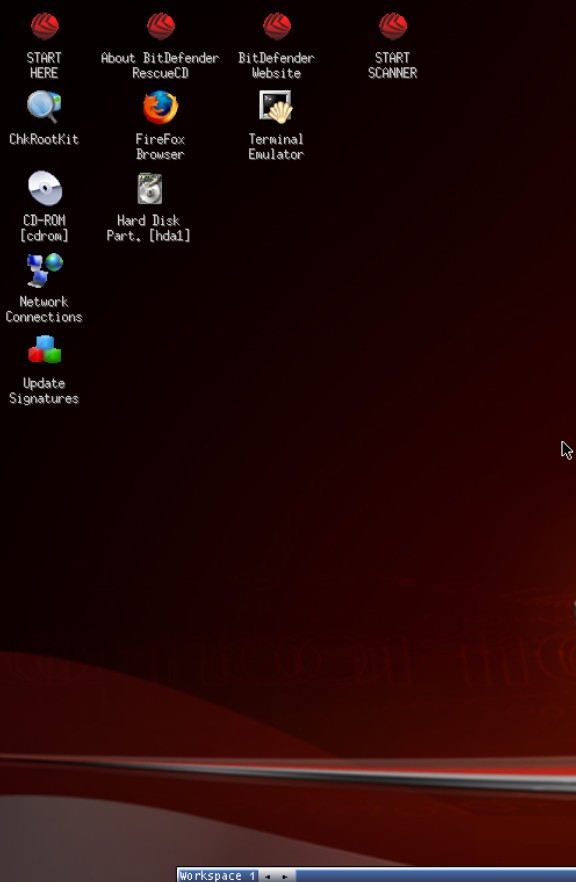 Virus infections can sometimes be very destructive. A lot of people have found themselves in a situation when Windows boots up, but then restarts right away. BitDefender Rescue CD doesn’t need Windows, it’s a standalone operating system, which should work on majority of modern hardware. Here’s a few pointers to help you get started.

First thing that you need to do is either burn the downloaded ISO image to a CD or to create a bootable USB flash drive. You can use ImgBurn or Unetbootin for that. Once that you have created the bootable CD or USB, reboot your PC, tap the keyboard key for opening up the boot menu, F2, F8 or something like that and select the created CD or USB so that you computer loads the system from there. 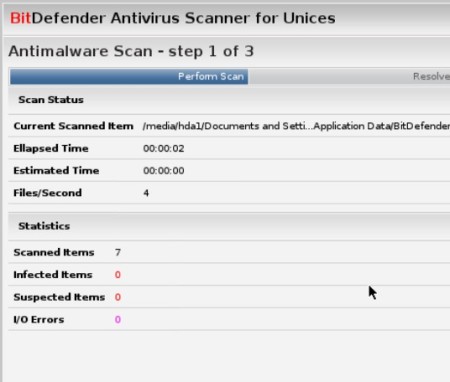 Bunch of letters will pass through the screen, and eventually you should see a graphical interface. Antivirus scan will start automatically. To access all the other tools that come with this free bootable malware scanner, simply click on the appropriate icon from the desktop.

BitDefender Rescue CD is a lifesaver for anyone who’s having problems with viruses, to the point where they can no longer turn on their system. Setup isn’t very difficult, scan works fast and it offers the same kind of accuracy that you’d expect from the “regular” BitDefender AV scanner. Give it a try and see how it goes.