Here’s a list of 5 Pacman games for Windows 10 which you can use to enjoy this fun retro game on your Windows 10 powered machines. Games that I managed to find range from the ones that stayed true to the original, to a few that tried to make a modern spin on this classic game. Let’s have a look at what kind of games are available exactly. 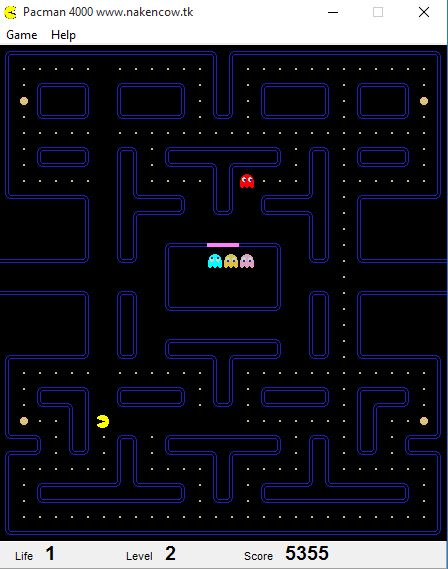 Pacman Original falls into the category of Pacman games for Windows 10 that looks and feels exactly like the original Pacman from way back when. Entire installer is around 1MB in size. It’s very lightweight and looks great, even at larger resolution screens.

Game uses directional keys for controlling Pacman. You will need to select “Game” from the top left corner menu and start a new session for the gameplay to actually start (it just runs a demo after at initial launch). Once the game starts you know what to do. Use the directional keys to navigate Pacman through its obstacles, collect the Pac-dots and fruits and of course avoid the ghosts. Try to get the highest score. High scores are saved locally. 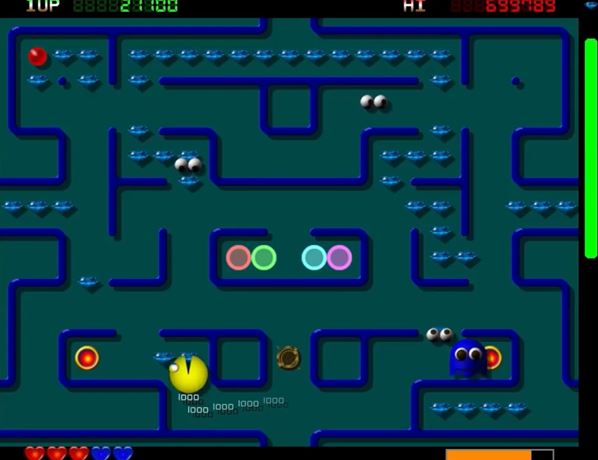 Deluxe Pacman is a Pacman game for Windows 10 which has slightly upgraded graphics, as you can see from the screenshot above. Original game mechanics and controls are still present, but there are also new twists which the author made to make the game more interesting.

Two features that I really liked are teleports and speed boosts. Teleports allow you to quickly teleport Pacman from one part of the map to another. Speed boosts are just like nitro boosts in car racing games, only here you give Pacman the speed boost. Yellow bar in the bottom right corner shows you how much boost you have left. Levels have new designs, up to 4 players can play the game, there are new sound effects, high scores, etc. All in all, a fun little modern take on this classic arcade game.

Also have a look at 3 Free Pacman Extensions for Chrome. 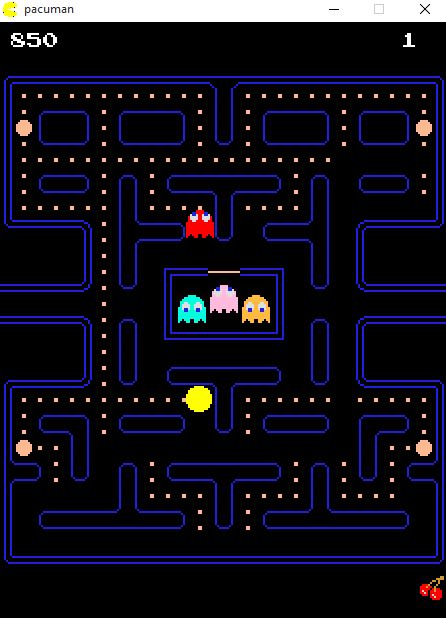 PacMaN by joserc87 is a Pacman game for Windows 10 that tries to stay true to the original. It’s lightweight and what’s more interesting, it’s portable, so there’s no need to install it in order to use it.

After launching the game you’ll be presented with a simplistic menu where only the “Start game” and “Exit” buttons work for some reason. Game is still a work in progress, but gameplay itself works just fine. Playing the game requires you to do the usual. Directional keys are used to control Pacman. There’s a scoring system in the game, alongside with the famous 3 letter naming for the leaderboard. 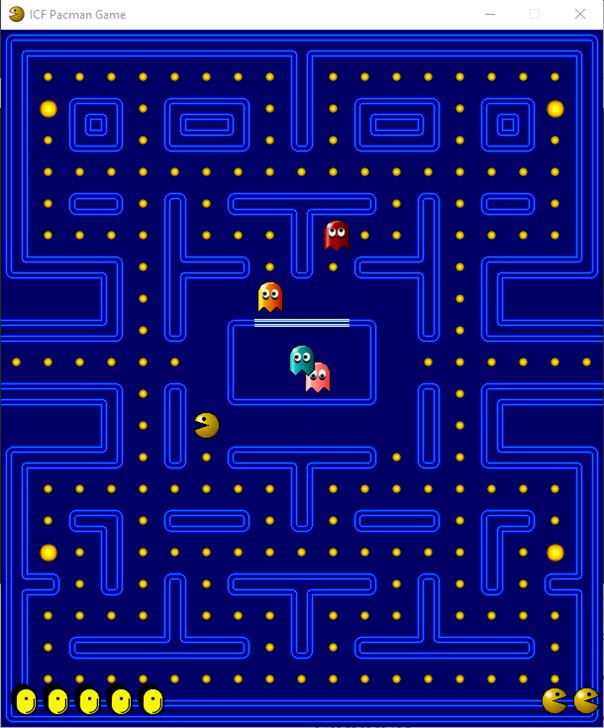 Here’s another Pacman game for Windows 10 that still keeps the retro feel to it. Graphics are a bit different, like colors, character design, HUD, etc. Despite that everything still has the look and feel of the original, as you can see from the screenshot above. Even the audio effects stayed pretty much the same.

Reason why I included Pacman by lgcefo on this list is because it has support for a joystick, a game controller in other words. Any game controller should work, just make sure to configure the game to use the controller instead of the keyboard in the main menu. Game difficulty can be configured and of course there’s a leaderboard to help keep track of high scores. Note that initially I had some problems getting the game to work with the keyboard. WASD keys are used to control Pacman, but I had to restart the game a few times after installation in order to get it to work properly.

Also have a look at 5 Free Websites To Play Pacman Online. 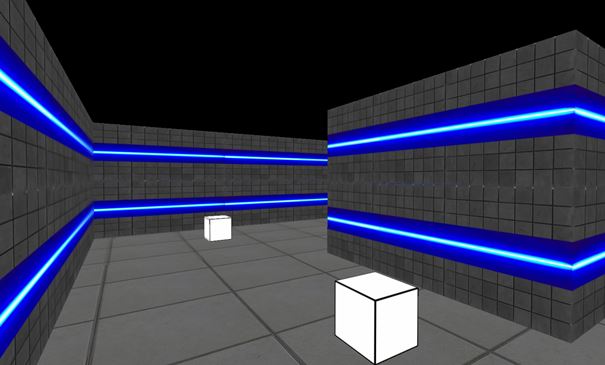 When looking for Pacman games for Windows 10 to complete this list I tried quite a few of them, but none of them came close to being as modern as Pacman 3D does.

You can probably guess why from the application name itself. Instead of keeping the game in 2D, and just tweaking the graphics, Pacman 3D author went full out and made it entirely 3D. It’s a first person Pacman, where the levels are similar to Quake and Duke Nukem. You need to go through the corridors, collect the dots and avoid the ghosts that roam through the levels. For a 3D game, it’s surprisingly small, just 6MB in size. Directional keys are used for controls. Graphics are nothing too advanced, so the game should work even on older graphics cards, even integrated ones.

Out of the 5 Pacman games for Windows 10 from the list above, I really enjoyed playing PacMaN by joserc87, Deluxe Pacman and Pacman 3D. PacMan by joserc87 is very similar to the original Pacman while at the same time being portable, so there’s no hassle with installations. Deluxe Pacman and Pacman 3D are modern takes on Pacman, and are great if you’re not a fan of retro, but would still like to see what all the fuss is with Pacman. Let me know what you think in comments down below.