Sudoku grid comprises of 9 x 9 grid of squares, in which some of the random squares will be numbered. Then each of these 3 x 3 squares are further grouped into regions, that results in total of 9 regions. The objective of the Sudoku game is to put numbers from 1 to 9 in the empty squares in such a way that the numbers in the same row or column or region do not repeat or duplicate. 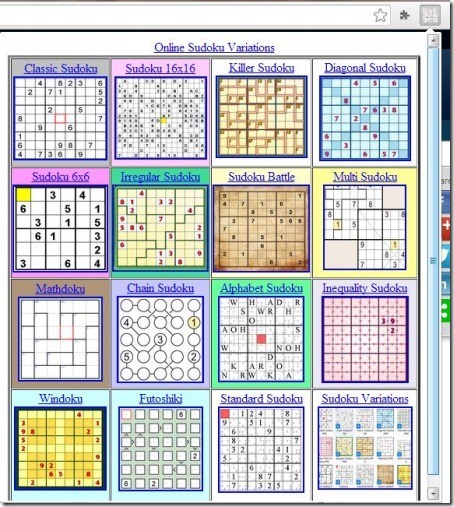 Online Sudoku Variations is a free Sudoku extension for Chrome that provides you 16 online Sudoku variations, among which you can choose the desired one so as to play Sudoku on your Chrome browser. This free Sudoku Chrome extension provide you variety of Sudoku formats like Classic Sudoku, Killer Sudoku, Sudoku 16×16, Diagonal Sudoku, Irregular Sudoku, Chain Sudoku, Standard Sudoku, and many more.

In Classic Sudoku, it provides you 14 types of Sudoku puzzles which you can select accordingly while playing. In Chain Sudoku the puzzle comprises of a group of circles which is arranged in grid, where it provides you clues in various places while filling number from 1 to 5. In Sudoku Battle you can invite players for playing Sudoku via emails or via Facebook as it requires 2 to 4 players and therefore acts as Multiplayer Sudoku game. To explore other Sudoku variations offered by this free Sudoku plugin, install this free Sudoku extension for Chrome and start exploring for different experience.

Get Online Sudoku Variations for Chrome from here. 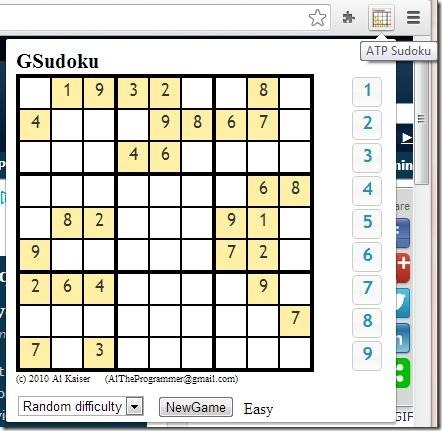 ATP Sudoku is another free Sudoku extension for Chrome that provides you classic Sudoku format which can be used to play Sudoku straight away on your Chrome browser. It offers you various levels like Easy, Intermediate, Random Difficulty, Simple, and Expert, from which you can choose the desired one to play Sudoku. It provide you numbers from 1 to 9 located in form of blocks to the extreme right of the interface from where you’ve to drag and drop the number into the empty spaces. Not only that, you can also switch to play a new game simply by hitting the NewGame button located at the bottom of the ATP Sudoku grid.

Get ATP Sudoku for Chrome from here. 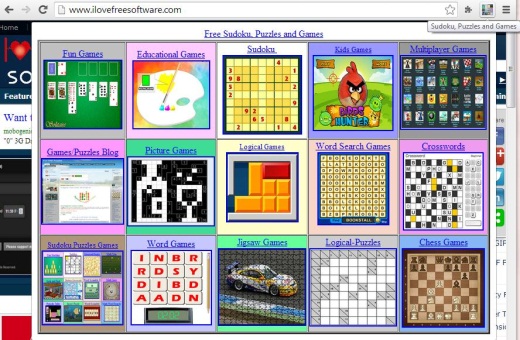 Sudoku, Puzzles and Games is a free Sudoku extension for Chrome that provides you unlimited Sudoku, puzzles, and various picture game so as to play and enjoy while working on your Chrome browser. This Chrome extension provides you 14 Sudoku variations like Calcudoku, Chain Sudoku, Classic Sudoku Index, Futoshiki, Online Diagonal Sudoku, Sudoku Varients, and many more, so as to enjoy the experience of variation. The Sudoku game slot is somewhat similar to the first Sudoku Chrome extension that we reviewed in the beginning of this article.

Get Sudoku, Puzzles and Games for Chrome from here.

So, there are some of the best Sudoku Extensions for Chrome that I came across. If you are crazy for Sudoku and want to play Sudoku everywhere, then also check out how to play Sudoku online, on Android, iPhone, iPad, and Windows 8.