Slenderman game is a free horror game for PC download; where you can take revenge on Slenderman. Visit Slenderman’s house, find the gun, and kill him.

In this game you have to visit the Slenderman’s neighborhood, enter his house, do a little adventure, and kill him. Be prepared for Slenderman’s kids trying to stop you from killing his daddy. Be strong and brave because you have to kill his kids too or else you are dead. 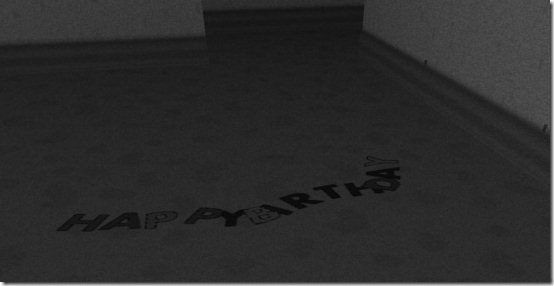 Slenderman is a ghost character in the olden days; who can slowly drain your sanity. But Parsec productions brought that character to life, in the game Slender. I’m pretty sure they made more money with this horror game. And some more game developers designed different maps based on the Slender game and most horrifying deed I had to do is write about them too. I wrote Slender, Sanatorium, Elementary, and Slender for Android but I have always waited for a chance where I can shoot down Slenderman. Now Zach (hope I get a chance to meet and thank him) developed a game on behalf of 64Digits; where you can actually kill Slenderman. It’s time for revenge guys; for all the scary moments we faced before.

This Slenderman game’s goal is to kill him; not to find about his origins or some random notes. This game is not so compromising in terms of graphics but if you have that innate feeling to take revenge nothing can come in your way. But this game also has it’s own style of fear factor hidden in it. Get ready for everything. 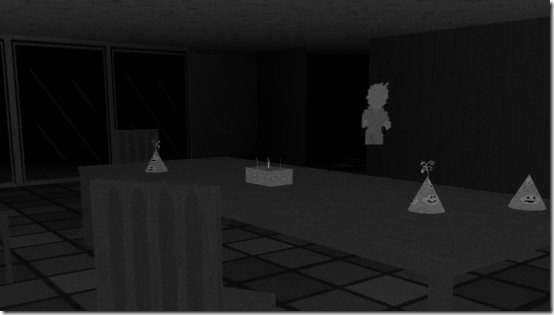 How To Kill Slenderman?

As soon as the game starts you are located beside a car (as shown in below screenshot) and you have to walk straight on the road to locate the Slenderman’s house on the left. Slenderman has a pretty looking house, but he welcomes you in his own horrifying style. Look out for video cassettes; which are clues to find clues on a TV VCR. Sometimes you even have to chase ghosts running with keys that you need. The Slenderman kids are all over the house, they just climb on your face to kill you; get rid of them too. Solve the puzzles, get the key for opening the room which has the magic gun, and kill Slenderman.

Just left click to open doors, to hold things, right click to leave them, and use your mouse for looking around. Use [WASD] for movement, and shift key to run fast. Hit spacebar very fast when a Slenderman kid climbs your face; until he dies. 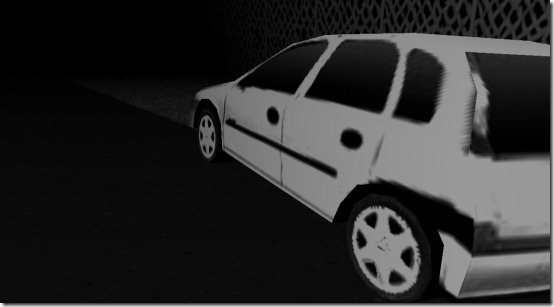 The game on a whole looks like an undercover operation because you enter Slenderman’s house on a Birthday celebration (because he is always busy haunting people and never at home) and the game starts outside his house. Confront those fears of sudden appearances and thrill of killing Slenderman with a gun.