When the app is installed and opened on your Android device, you will be asked to set it as the default launcher for your device, so that it can take over the stock lock screen of your phone. 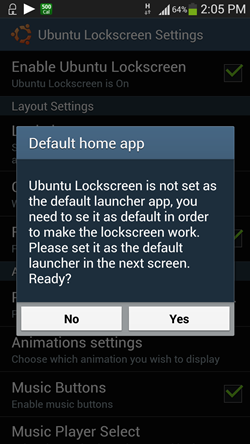 Once you are done selecting the launcher, you are all set to use the lock screen. When you now lock your device, you will be shown the following lock screen instead of your phone’s default lock screen. 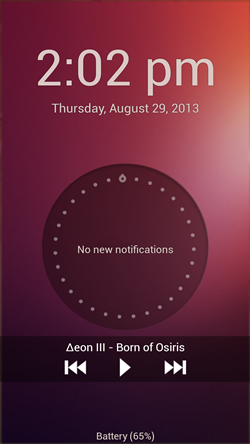 You can configure the various settings of the app inside the settings page of the app. You can change the background colour, notification animations, music control layout etc. from the settings window. 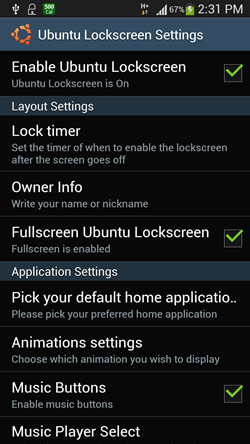 Ubuntu Lockscreen is available as a free download from the Google Play Store. If you feel that Ubuntu Lockscreen does not fit your needs, you can also check out the MagicLocker Main lock screen app for Android.

Ubuntu Lockscreen is a great app for you if you are a person who is into Android OS customization, or simply someone who would love to get a taste of Ubuntu on Android to get the best of both ecosystems. The app is incredibly polished, and I highly recommend you trying it out!

Get Ubuntu Lockscreen for Android.