Here’s a list of 5 free chiptune music creator software for Windows 10 which can be used to compose chiptune tracks. If you don’t know what chiptune music is, it’s the chirpy, 8-bit music found in old retro games and also modern indies. Now recently I did a list of 8-bit sound generators. Today I’ll be focusing on applications that can help you create actual musical compositions from the generated 8-bit sounds.

Let’s have a look at what exactly is available and how do these applications work exactly. 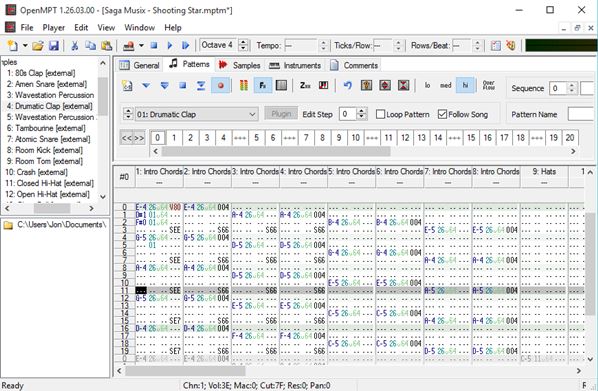 OpenMPT is a feature rich chiptune music creator. After installation and first run, you’ll have to go through a short setup (updates, directories, etc.). At first you’ll probably be overwhelmed by the large number of menus and options. Luckily, there is a decent documentation on the website linked down below, to help you get started.

Even without relying on the documentation much, you can figure out some things intuitively. Creating chiptunes is done through changing settings in the 4 tabs found above the main editing area on the right. They are “General”, “Patterns”, “Samples” and “Instruments”. In the “Samples” tab you’ll be able to load up 8-bit samples (in FLAC format). “Patterns” tab is where you can write musical notes manually into the score using keyboard. Each letter key is a different note. A whole range of formats are supported as input/output, WAVE, MP3, FLAC, VORBIS, MIDI, OPUS. If you want to save editable scores, you can use MPTM format. 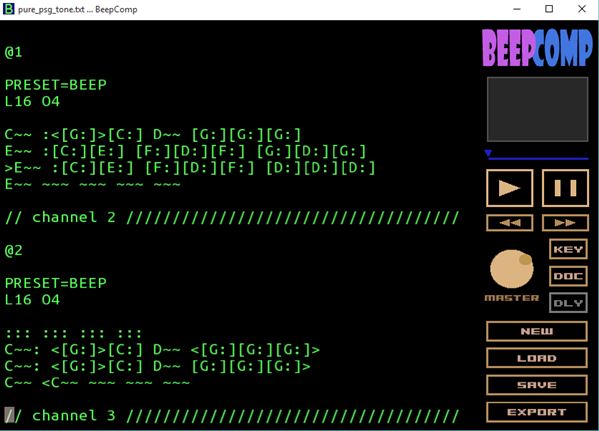 BeepComp is a chiptune music creator software that’s very simplistic, but still very powerful. Instead of relying on complex menus and lots of options, BeepComp relies on code. See image above.

It uses its own syntax for constructing chiptune music. It’s sort of similar to HTML. The only difference is that instead of describing a website layout with the code, you’re here describing chiptune music. There’s a full tutorial for the syntax, with examples, on the link down below. After filling out the editor on the left, simply press the “Play” button from the right sidebar to hear the composition. You can change volume, key, speed. Click on the “Export” button will start exporting the audio track. WAV, MP3, and OGG are supported as output formats.

Also have a look at Create 8-Bit Music on Windows: BeepComp. 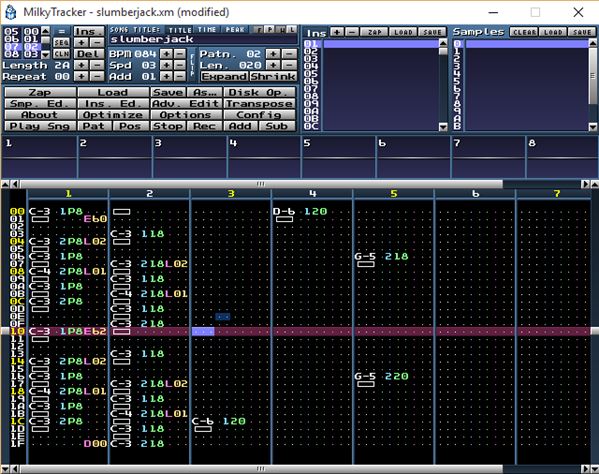 MilkyTracker operates similarly to OpenMRT, only it’s a more simplistic chiptune music creator software for Windows 10. Interface looks a bit dated, but everything works just fine. Controls are laid out up top, while the editing area can be found down below.

Like it is the case with every other application from this list, you can have multiple channels running at the same time. That’s why the columns in the editing area are numbered. There are a few ways you can create chiptune tracks. Either by loading actual audio track samples (supports WAV, IFF, 8OSVX and more) or you can write notes using the keyboard. Just double click on a particular channel and start writing notes. With options from the menu up top you can change things like speed, setup loops and more. Detailed instructions with all the how-to for creating chiptunes can be found on the link down below. 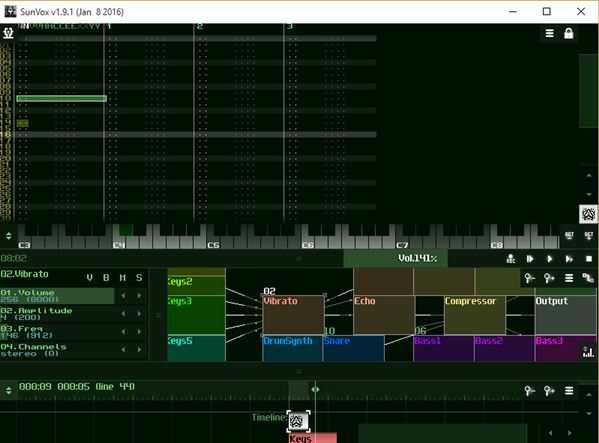 SunVox looks like a flipped MilkyTracker. Notice on the screenshot above that the layouts are similar, only the editing area is located up top, while the menus are down below.

Unlike MilkyTracker, SunVox has a more modern UI. It’s actually the most polished up chiptune creator software for Windows 10 that I tested. Chiptunes are again created using just the keyboard. First select the music channel from above. You can add new ones using the menus down below. Main menu is accessed from the top right corner. Now there is also a virtual synthesizer underneath the channels that you can use, (instead of the keyboard). Musical notes are added to the chiptune like text is to a document, you add one note, and the cursor jumps to the next empty box. 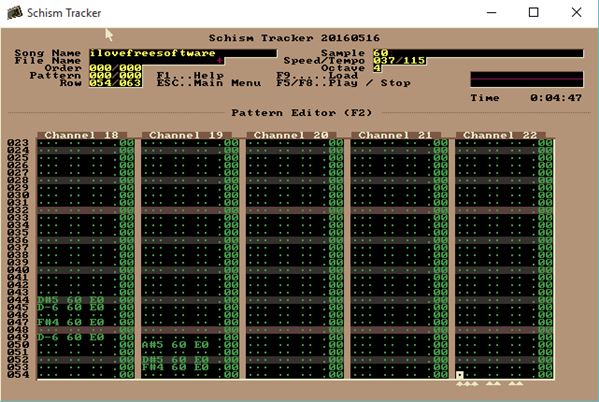 Schism Tracker is a cross-platform chiptune music creator software, which works on Windows 10, obviously, but also on Linux and Mac OS. When it comes to appearance, the application sports the outdated look that MilkyTracker also has.

Sample tracks are included to help you get started. Churning out chiptunes is done similarly to how it’s done on all the other applications that I covered. Create a new file using the menu up top. Pattern editor with vertical channels opens up down below. Use the keyboard to start jotting down notes. You can open up third-party samples as well. Note that menu options are activated using F1-F12 keys. Available tweaks include octave tuning, speed changes, tempo adjustments, and more. All the usual audio formats are supported.

I enjoyed using all 5 of the chiptune music maker software from the list above. They all worked OK, but do note that you’ll have to spend some time with the documentation to figure out how everything works and to discover all the features a certain tool offers. My favorites would be OpenMPT for the more advanced stuff and SunVox, because of its ease of use and a nice UI.