BeepComp is a free Windows application to program and generate 8-Bit music popularly used in the 80’s videogames like Pac-Man, Galaga, Donkey Kong, etc. It’s basically a programming application which takes ‘musical programming’ to its word. On BeepComp, you basically have to create music by writing keys and their conditions to play them. BeepComp offers a total of 10 channels which can initialized with 9 synthesizers and one drum. 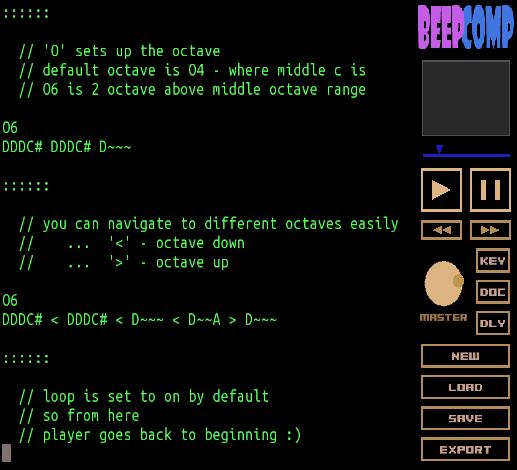 If you’re from the 80’s and feel nostalgic, make sure you check out this list of websites where you can play 8-Bit games.

How to make an 8 Bit tune on BeepComp

There is a lot you can do on BeepComp but let’s start with the basics first. BeepComp reads the notes and the conditions of playing from a text file. You can choose to build your 8-Bit melody on a text file (if you want a bit of a challenge) or from BeepComp directly. The audio synthesizer of BeepComp translates the written programming into a chiptune. 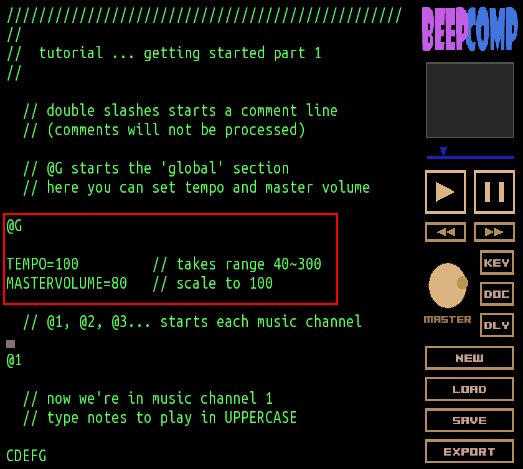 You’ll have to define a music channel with the @ operator followed by the channel number. Each music channel is where you’ll define the notes to be played and the manner they’ll be played. As mentioned earlier, you can add only 10 channels out of which one is for drums. ‘@G’ and ‘@D’ are channels dedicated to global settings and drums respectively. The global settings are where you can initialize the TEMPO and MASTER VOLUME with desired values. Normally I go for a 140 BPM project with 50 levels of the master volume. Similarly you can also set DELAY and LOOPING as on/off. 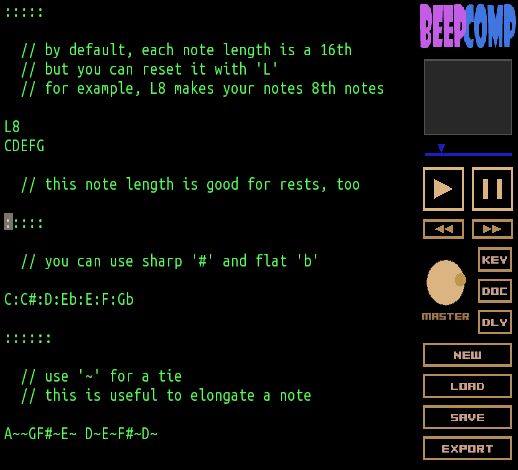 The musical notes are written in capitals under the channel declaration. The notes are based on the default keys CDEFGAB used on piano rolls, which you have to type in. The ‘~’ symbol next to a note elongates it while the ‘:’ symbol generates a rest. The ‘#’ and ‘b’ symbols define a note as a sharp or flat as in normal musical notation. 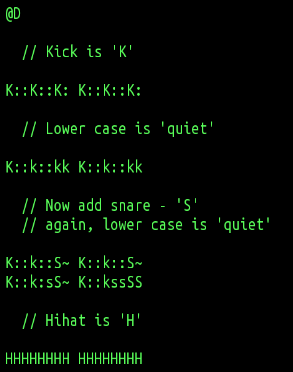 One of the astonishing features I saw was how the drums could be programmed intricately. The drum notes include K for a kick, H for a hi-hat and S for a snare. Using the lowercase keys make the hits quieter. Tuplets can be made by encasing a number of hits in a square bracket, like [KKKKK] an awesome way to make blast beats if you’re thinking of writing a Black Metal riff.

Run it using BeepComp and try to guess what tune I ripped it out from. Post your answer in the comments!

How to Export a Melody from BeepComp 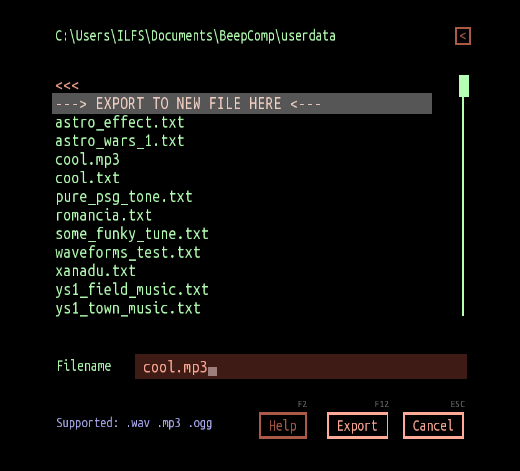 Click on Export on the bottom of the interface. You’ll be prompted to enter the name, location of the file. Currently you can save the file as an MP3, OGG and WAV audio file.

BeepComp is an awesome tool to create 8-bit tunes that were really common in the 80’s videogames. This will come really handy to you if you develop key generators and custom installation packages which include such chiptunes. I give it 5 stars since it works perfectly and it gives the programmer in me some joy.