ViPad is a free desktop launcher and organizer for Windows 7, which you can use to arrange application shortcuts into a neat transparent box and divide them into categories according to types, for example office tools, multimedia players, graphic editors and so on. That way instead of having icons lying around the desktop you can have them neatly organized into a very modern looking application launcher. 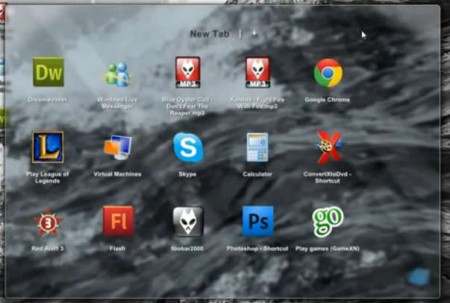 Note that in order to use ViPad you’re gonna have to have the advanced desktop effects that Windows 7 has activated, the so called Aero, if you don’t have the effects activated then ViPad will not look the way it’s supposed to, it won’t be transparent like it is on the image above. Some of the more interesting features found in ViPad would be:

Setting up ViPad isn’t very difficult, and you can organize your desktop very quickly. Application is very small, so if you are worrying that it’s gonna cost you a lot of system resources, don’t, because it won’t. We checked the memory usage and once that we setup the icons and several tabs, the application spent only around 20MB of RAM, which is quite low considering how much you get from this free Windows desktop organizer.

How to organize the Windows 7 desktop with ViPad

Like we already mentioned, if you don’t want to organize your icons manually into the ViPad box, you can use the automatic launcher importer which is gonna be offered to you when you open up ViPad for the first time. If you decide to use it, all the icons from your desktop are gonna be added automatically into the box, but the downside would be that they will not be arranged into tabs. 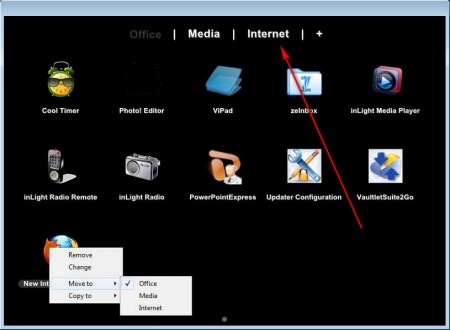 Adding desktop icons to the ViPad isn’t that difficult, all that you have to do is drag and drop them to the tab that you would like to see them in, and that’s it. However if you used the automatic importer and now all of your icons are in the first tab, right click on them and simply select a different tab from the ones that you have from the Move to list. Clicking on the plus sign at the top is gonna create new tabs. Right click on them and select Rename to change their names. 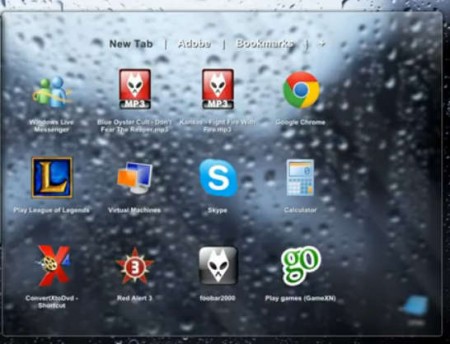 On the previous image you can see that ViPad isn’t transparent, that’s because we didn’t have the Aero effects activated. The image above is with Aero working and you can see this free desktop organizer and application launcher fully functional.

Dealing with desktop clutter is never easy, if you have a lot of icons on your desktop, ViPad can help you organize them in a very efficient way. Use the tabs that this free Windows 7 desktop organizer has in odder to divide your icons into category so that they can be found more easily. Create you own tabs, rename them and your desktop will be free from clutter in no time.