MadApp Launcher is a nice, creative take on launching programs. It is very simple app launcher program that allows users to launch their most used applications without having to search the start menu or having to navigate to the folder. Most people already have a desktop shortcut to the applications that they use most frequently, but that hasn’t stopped the developers of the program from trying to create this program which “aims to reduce desktop clutter”. 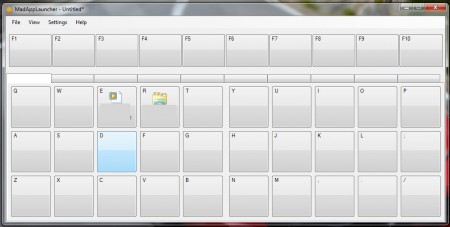 Features of this app launcher

The highlights of the MadApp Launcher are as follows:

Other than the above mentioned features, the program also has support for international keyboard layouts and has help for the visually impaired, although the latter is currently available only in English. Support for other languages might be added later. 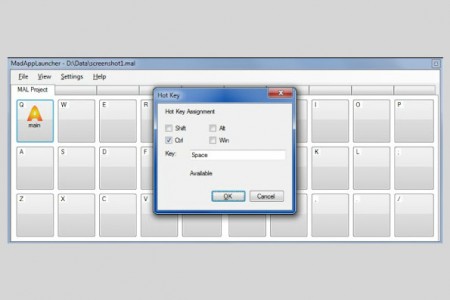 The software is quite light and is just over 1.5 mb in size. Installation is pretty straightforward as well and takes only 3 steps. Requirements aren’t very high and can run on any decent computer that has been bought in the past 4 years. It can run on Windows XP, Vista or 7. It requires the .NET framework to function. In case the user does not have it installed on their computer, the installer comes with the software.

You can also check out free app launchers reviewed by us.

The program has a pleasant interface and is quite intuitive to use. The website also has a video instructing users how to go about using this launcher. The user interface welcomes the user with a number of tiles arranged in the order that they are on the keyboard. Above this, there are a number of tabs. Each tab holds the keys and there are 10 tabs in total, allowing a massive level of customization for the user. The tabs can be navigated using the mouse scroll wheel. Each key on every tab can be assigned a particular application or file to be opened. The keys can also be made to open a particular folder. 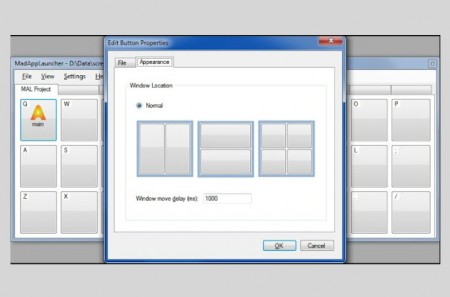 The program is a refreshing take, but the downside is that the problem never existed in the first place. It is not necessary by any means and is more of a gimmick than anything else as we never had any issues with using a standard keyboard and mouse to open applications. Download MadAppLauncher free.