jDosbox is a free Java based DOS emulator for Linux, Windows and Mac which you can use in order to play old DOS games and also to run any old DOS applications that you might have. Some still keep these, either because of sentimental reasons or because they are still useful to them in some way. With this free DOS emulator you can once again use and enjoy all your old DOS applications.

This is a portable DOS emulator, you just need to click on the JAR file that you download in order to access the screen which can be seen on the image below. 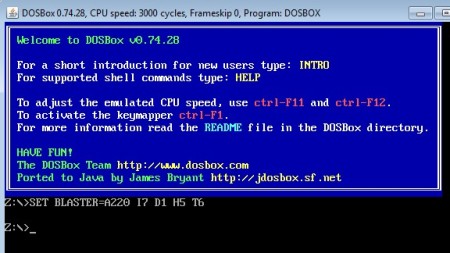 Next to the desktop version, jDosbox can also be used in a web browser. Since this is Java that we’re talking about, using the Java browser plugin it’s possible to load up the same interface that you get on the desktop. On the jDosbox website you can also play sample games. Key features of this free DOS emulator are:

DOS applications are not the only thing which are supported by this free emulator. Like we already mentioned in the feature list above, smaller operating systems like ReactOS and Damn Small Linux can also be loaded, they can even be used online, next to games, as samples. Work is being done on expanding the list of supported operating systems. Here’s a few pointers to help you get started.

First thing that you need to do is make sure that you have all the DOS applications and games somewhere on your computer and then use the mount command to mount that partition and folder so that it can be accessed from inside the jDosbox. 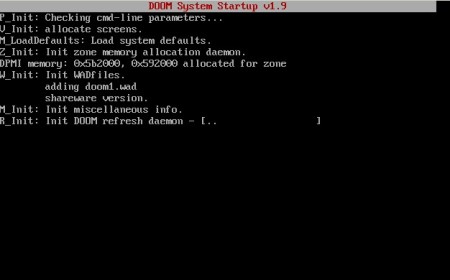 Once that you do that, the only thing that you need to do in order to start the application is type in the command which is used to activate it, inside the jDosbox and hit Enter. If everything’s properly loaded, you should see a long stream commands, like the ones on the image above and eventually the application should start working. 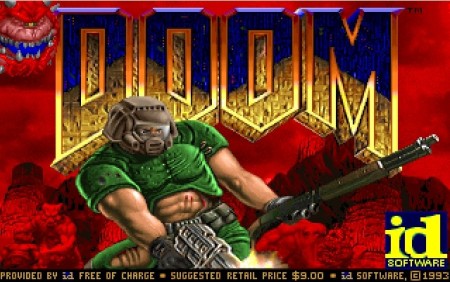 Config file for detailed configuration of jDosbox will be available in the same directory from where you started it. There you can change graphics, audio and other important settings.

jDosbox is one of the simplest emulators that we’ve worked with. Everything worked out of the box, we just had to type in the commands and the game started working, with sound and decent looking graphics, for a DOS game. You can use the online demos, to test this free DOS emulator without installing anything, you just need Java. Free download.