It is very useful to Twitter users who spend a lot of time on desktop and don’t want to keep opening Twitter tab on their browser again and again. For visiting Twitter with this extension you only need to click on its icon in the toolbar. What makes it better than other Twitter apps for desktop is the fact that it opens the official Twitter website, so all the features of Twitter are available. 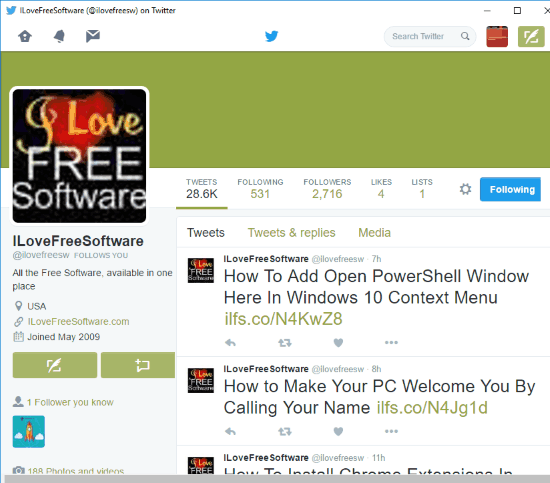 You can also choose to get browser notifications of all the new Messages, Follows, and likes.

How to Open Twitter in Pop-up Full Screen Window:

App for Twitter is an independently developed Chrome Extension for Twitter. It is not only available for Chrome but also for Firefox and Opera browsers. You can keep using twitter on this popup window even after closing the browser. All you have to do is add this extension to your Google Chrome from the Chrome Web Store (you can use link available at the end of this review). 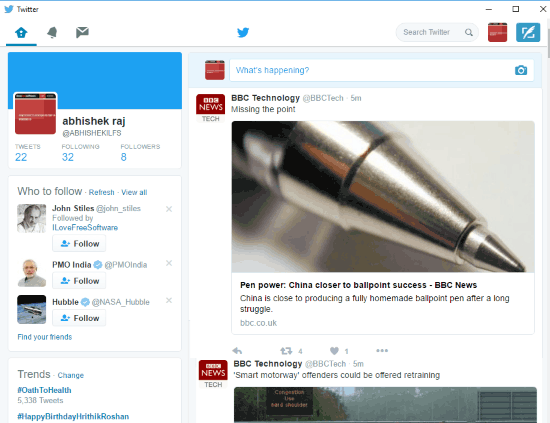 This means you can use all the functionality that is available on Twitter website: read messages, send new tweets, retweets, DM, etc. The best part is that even if you close all other Chrome browser windows, this pop-up window will keep running unless you close it. So, you can access Twitter whenever you want to.