This tutorial explains how to see what others are viewing on their timeline on Twitter.

Normally when you visit any Twitter profile with your account, you get to see all the Tweets of that user, including all the retweets. Sometimes you may wonder about seeing what others are viewing on their timeline, but sadly Twitter doesn’t allow it on its official website or application.

Otherside for Twitter is a free web application that follows a clever approach to replicate any user’s Twitter timeline. It finds out which all accounts a user follows, and then makes a Twitter list with all those accounts. So, to see timeline of that user, just switch to the corresponding list, and you will be able to see what that user sees on his / her timeline. Pretty neat, isn’t it :)

Do note that if the user follows someone whose profile is private and not followed by you, then that profile will be skipped from the list created by Otherside for Twitter.

Also see: How to Hide Tweets of Any User without Unfollowing.

How To See What Others Are Viewing On Their Timeline on Twitter?

This tutorial will help you see what others are viewing on their Twitter timeline. 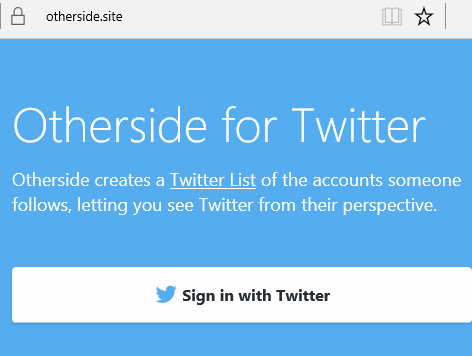 Step 3: After authorization is complete, you just need to enter a Twitter username for which you want to create a list and view its timeline. As soon as you enter a valid Twitter username and click on Create List option, you will get to see the Twitter timeline, for the entered username. 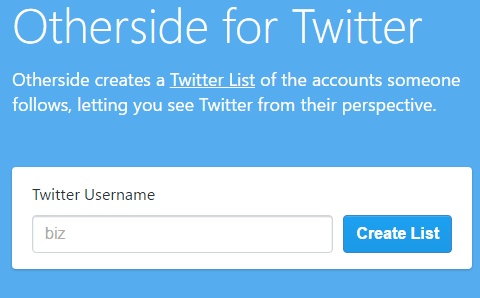