Here’s a list of 5 add audio to video apps for Android which can be used to add audio tracks to videos. Videos without any accompanying audio can be a bit dull to watch. Adding audio to videos using the apps from the list down below is very easy. It’s actually much more easier than using desktop applications. Although these apps are lacking in features, seeing how it’s Android and portable devices that we’re talking about after all. With that in mind, they actually do work as promised and let you add audio to videos that don’t have any audio and with existing audio tracks. 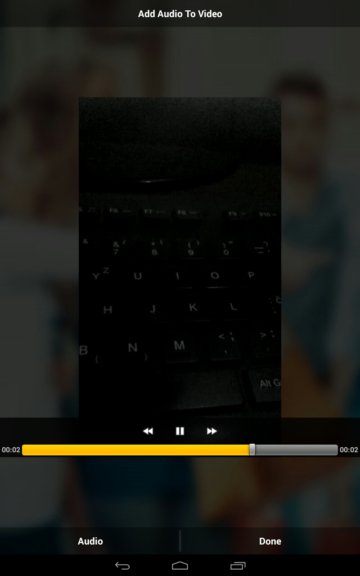 Add Audio to Video by Android Pixels is a simplistic audio to video app for Android where all the more popular audio and video formats are supported. I tested the app with 3GP video and MP3 audio. First thing that you’re going to see after launching the app is a large “Start” button, next to ads for other apps, which is a bit annoying.

After tapping on “Start” you’ll be taken right away to video selection, where you need to select the video to which the audio is going to be added. Once you’ve made a selection a video editor will pop-up, with the video loaded center screen. Tapping on the “Audio” button activates another selection prompt, this one is for the audio track that’s to be joined with the video. If the video is longer than the audio track, audio track will be cut. If on the other hand video is shorter, then audio is played on a loop. With both video and audio selected, you’ll be given the option to preview the output video and then if you’re satisfied either to share it via social networks, or save it to the device (as MP4).

Get Add Audio to Video by Android Pixels. 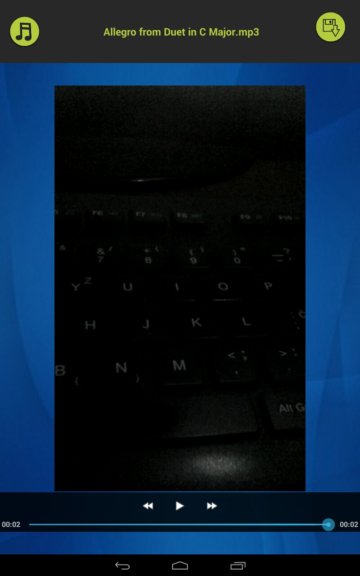 Add Audio to Video by Techno Craft works pretty much the same way that the previously mentioned Add Audio to Video by Android Pixels does, only it has a more polished up interface. For example it doesn’t show selection menus for video and audio, but rather detects them and displays all the available media in its own galleries.

Editor can be seen on the image above. Once that both the video and the audio track that you want to merge are selected, tap on the top right corner “Save” button. You’ll be prompted to give a name to the newly created MP4 audio after which it’s going to be processed and saved. Finished video (with new audio) will be added to the “Edited Videos” gallery of the app, or you can access it from the default gallery app that you use.

Get Add Audio to Video by Techno Craft.

Also, have a look at 5 Free Video To Audio Apps For Android. 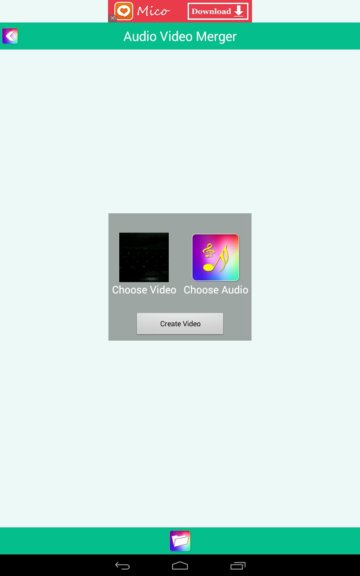 Add Audio To Video by Code Smart has another unique approach to adding audio to videos, but it also has a lot of similarities with the two previously mentioned add audio to video apps for Android, including the name.

Once that you’ve launched the app, you’re going to be prompted with two selections. It’s not that difficult to guess what these selection are. First you need to select the video and then the audio track that you want to attach to the video. After selection is made, you’ll need to tap on the “Create Video” button, which immediately starts the processing, there are no previews. File is saved as soon as processing finishes and you’ll be presented with sharing button for sharing it via social networks.

Get Add Audio To Video by Code Smart. 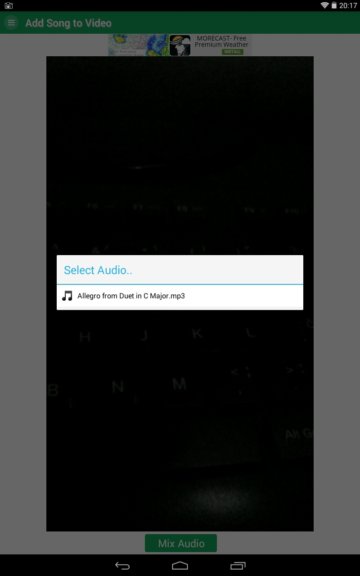 Add Song to Video is not an app that’s overly complex or advanced, but it still gets the job done. Upon launching it you’re going to be presented with a video selection prompt for choosing the video to which you’d like to apply a song.

Doing that will load up the second and final step of the setup, the song selection step, where you can select the audio track that you want to add to the selected video (see image above). Once you’ve done that, audio mixing starts right away and you’ll be able to see finished audio track in the “finished video” gallery that the app features.

Get Add Song to Video.

Also, have a look at 5 MP3 Audio Cutter Apps For Android. 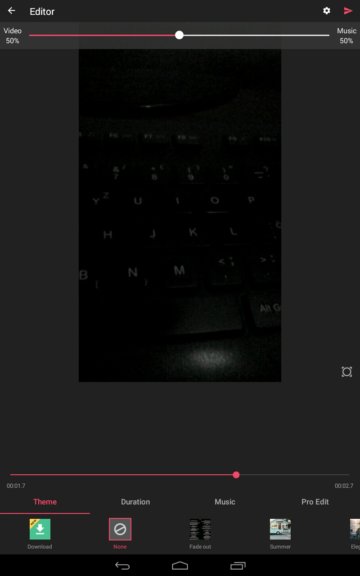 I guess you could say that I saved best for last. VideoShow is a very popular video editor for Android which allows you to do much more than just add audio to video. It comes with a wide range of functionalities like the ability to load up images and create video slideshows, drawing on videos is supported, video trimming and of course audio embedding so that you can add audio tracks of your own into videos.

Entire setup is much more different here than it is with the previously mentioned add audio to video apps for Android. First video needs to be loaded onto the timeline. Once you’ve done that tap on the “Music” tab down below to load up a new track which will play as the videos background music. Another cool feature of VideoShow is that it offers you download of free audio tracks which can be embedded into video that you make.

Out of the 5 add audio to video apps from the list above, the one that I like the most are Add Audio to Video by Techno Craft and VideoShow. I liked the first one, Add Audio to Video by Techno Craft, because it’s simplistic, like all the other, but it doesn’t push as many ads. VideoShow on the other hand is a full fledged video editor, and use it only if you need more features because it’s easy to get lost in all the menus and options that it offers.