Here’s a list of 5 video to audio apps for Android which can be used to convert videos to audio tracks. Extracting audio from video has a number of advantages. If you like video podcasts, you can listen to them without having to have the screen active, less storage is used, in theory at least and so on. Following apps will help you convert videos to audio formats like MP3, AAC, WMA and so on. Let’s dig in.

Video to MP3 Converter is a simplistic video to audio app for Android that supports all the common video formats as input (tested with 3GP) and exports audio tracks as either MP3 or a copy of the original audio stream. 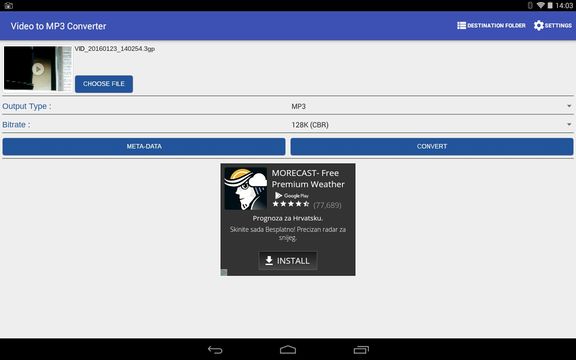 Use the top left corner “Choose file” button to load up the video, tweak the output format and bitrate, edit metadata if you want and tap on the “Convert” button to start the conversion. Top right corner menu lets you access settings and tweak the destination folder.

Get Video to MP3 Converter by Naing Group.

Android Video to Mp3 Converter by Linterna Apps has an interface that looks a bit different from the one offered by Video to MP3 Converter by Naing Group, but functionality wise they are both very similar to each other. 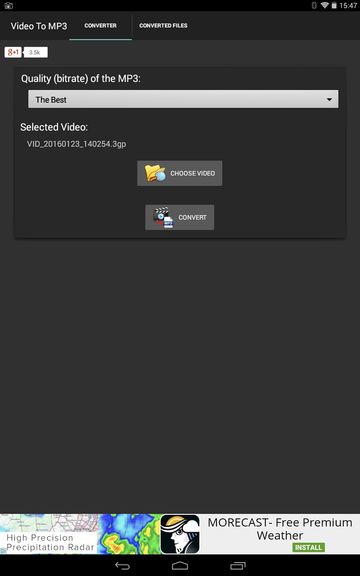 Majority of video formats are supported as input but only MP3 is supported as the output format. It’s not possible to just create a direct copy of the original audio, but you do get 4 quality presets for the supported MP3 output format, low, medium, high and best. At the top under the “Converted file” tab you’ll be able to see and manage files that you’ve converted.

Get Video to Mp3 Converter by Linterna Apps.

Also have a look at Convert Audio Video Files to Audio: Moo0 Video to Audio Converter.

Video to MP3 by kkapps

Video to MP3 by kkapps is another video to audio converter app for Android that adds a very interesting functionality into the mix. It doesn’t just let you create MP3 audio tracks out of videos. It also has a built-in cutter for trimming the video before converting it into MP3. 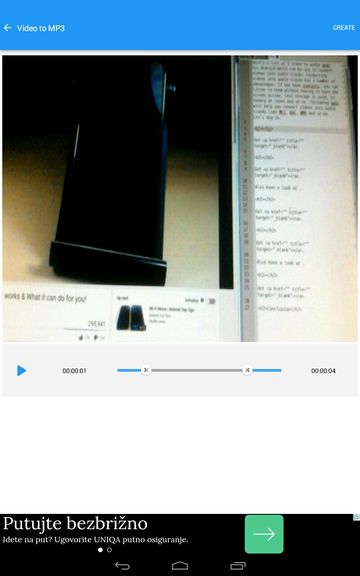 First thing you’ll see after launching the app is a gallery of all the videos saved on the device. Select the video you need converted and down below on the waveform analyzer tweak the selection of the audio track that you want trimmed. Leave everything as it is if trimming isn’t necessary. Once you’re done startz

Get Video to MP3 by kkapps.

Video to Mp3 Converter by Jackie Apps is very similar to Video to MP3 Converter by Naing Group. In fact this audio extractor has same interface, but there is a difference in the supported output formats. 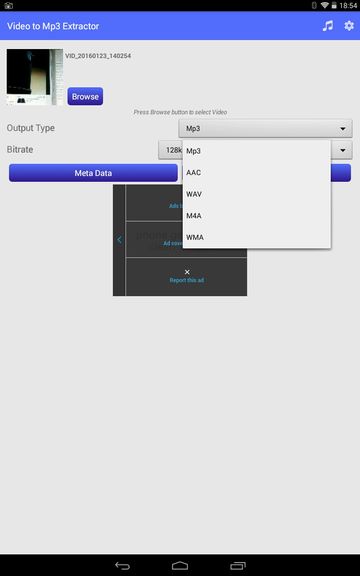 Here next to MP3s, there’s also support for AAC, WAV, M4A and WMA. Metadata can be added to the newly created audio track by tapping on the “Metadata” button. Tap on the “Convert” button to start the conversion of the selected video into an audio only track.

Get Video to Mp3 Converter by Jackie Apps.

Also have a look at Audio Video Converter To Convert Audio To Video, Video To Audio.

MP3 Video Converter by Springwalk is another simplistic video to audio app for Android where videos can be converted into MP3 audio tracks. 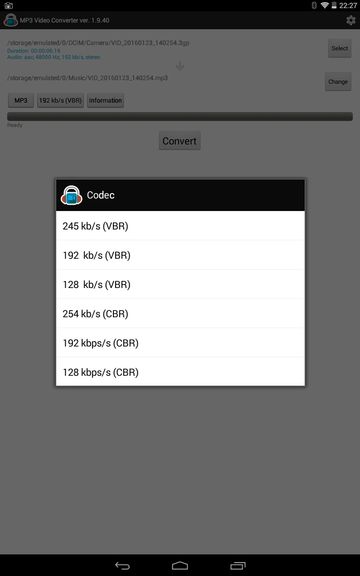 Three steps are needed to setup everything. First select the file that you want converted, after that select the export format (MP3 or direct copy), tweak audio quality and metadata and when all that is setup, just tap on the Convert button to start the conversion.

Get MP3 Video Converter by Springwalk.

From the list of video to audio apps above, I have to say that Video to Mp3 Converter by Jackie Apps impressed me because it supports multiple export formats and Video to MP3 by kkapps because it has a built-in trimmer. Others are also great apps, they do the job. Let me know what you think by leaving a comment down below.