Talking Ginger 2 is a funny voice modulation app for Windows 10. When you run the app, you will be presented with the main interface itself which allows you to enter your age, and start the app. The app is much like the famous Talking Tom app for Android and iOS, and the similarities are evident as this app has also been developed by Outfit 7, the developer of the former app. The app has great graphics and needs access to your microphone to modulate your voice. The app has a user front of a kitten – Ginger. When you speak something, it cutely listens to whatever you are speaking and modulates it into a funny chipmunk like voice, which will tickle your funny bone for sure!

Talking Ginger 2 is available for free from the Windows App Store.

Features of Talking Ginger 2 for Windows 10…

Running the app will present you with the below shown screen. 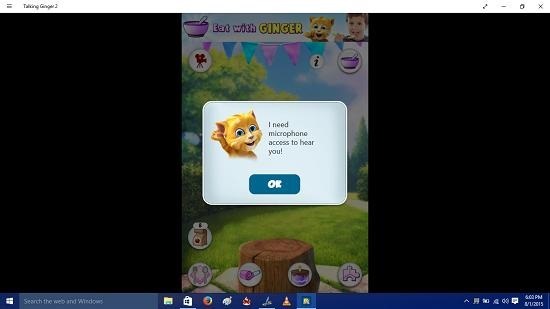 Grant the app access to your microphone when prompted and now you’ll be asked to enter your age. This prompt is displayed below. 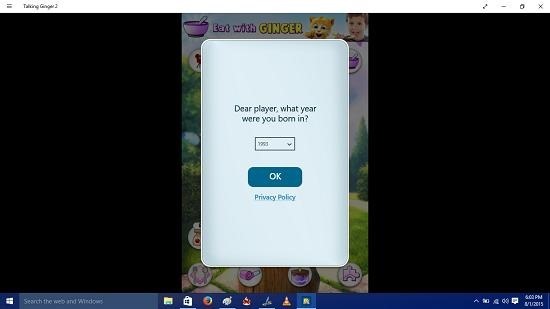 Now that’s taken care of, you will be now taken to the gameplay interface itself. 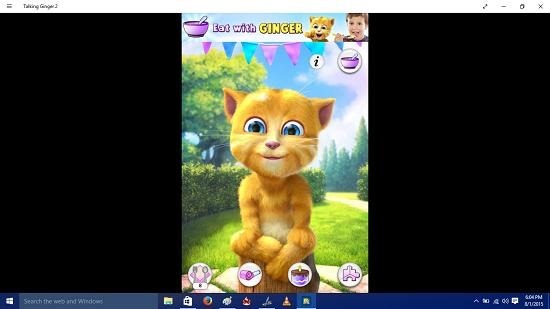 Ginger intently listens to you as you say something, with its ear towards you as if it were an actual person. This can be seen below. 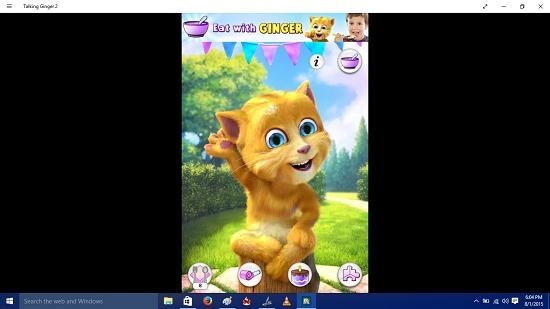 Once you stop speaking, Ginger repeats what you said in a funny voice! You can also play with Ginger by feeding him food, making him play with party blowers etc. You can see me feeding Ginger in the screenshot below. 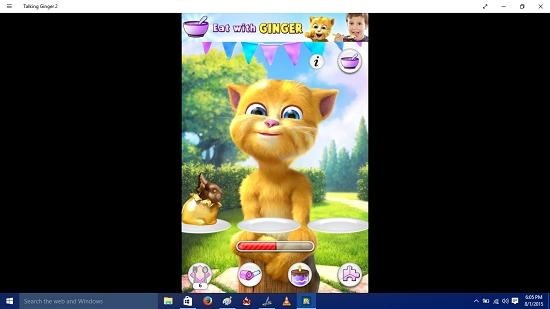 The meter fills up when Ginger is full. The app not only is fun to play with, but also motivates your child to eat his food on time by allowing you to click on the food bowl icon at the top right of the screen and when you click on that button, a screen which says Eat With Me pops up in which Ginger is eating his food. 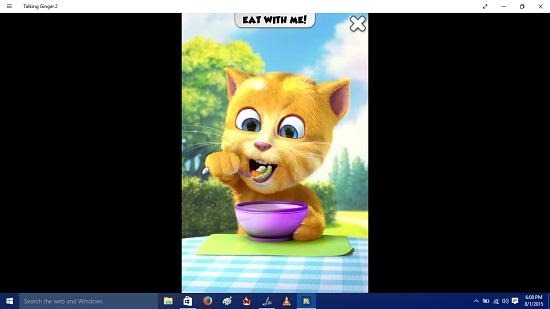 You also unlock various achievements along the way… 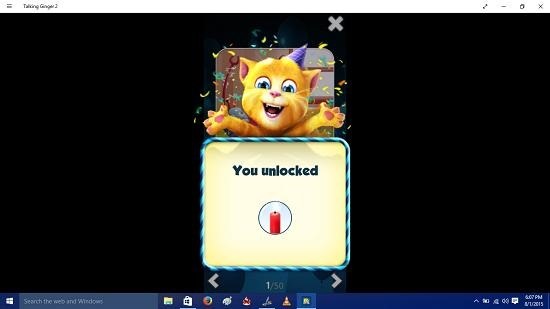 …and this concludes the main features of Talking Ginger 2 for Windows 10.

Other software for Windows 10…

Talking Ginger 2 is a great voice modulation software which kids will have a lot of fun playing with. The app/game can be downloaded from the Windows App Store from the link below for free.