Here’s a list of 5 sensor checker software for Windows 10 which you can use to check the sensor readings off of your Windows 10 powered desktop, laptop or tablet. Keeping a close eye on the temperatures, voltages and frequencies will help you figure out PC problems (like sudden restarts) and it will also help make sure that you hardware lasts long, because high temperatures, and improper voltages delivered by the power supply can be very damaging to hardware health. 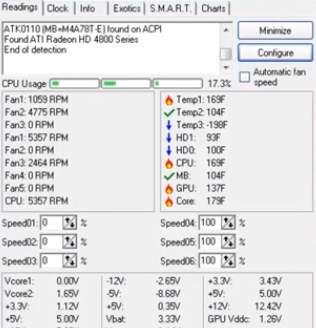 Despite having a name like SpeedFan, this sensor checker software doesn’t just stop at keeping track of fan speeds. It also taps into other useful sensor info like motherboard voltages, temperatures of the CPU, graphics cards, motherboard, hard drive and more.

SMART information, meaning hard drive health can also be checked. The reason that this application has a name like SpeedFan is that it can be used to control the speed of fans based on the temperature of a component. Lower fan speeds mean quieter PC, and fans don’t have to spin as fast if the temps aren’t high, so it’s a win-win situation. 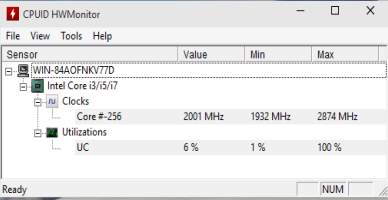 HWMonitor lets you look up data from all the most important sensors that your computer has. Sensor data is displayed automatically, as soon as you open up the application.

Each hardware component has its own category, processor, graphics card, hard drive, motherboard. Displayed sensor data include frequencies, temperatures, voltages, power usage and fan speeds. How long of a list of values you’ll see depends on the number of sensors that the application finds. Detected sensor data can also be exported and saved as TXT documents.

Also, have a look at 5 SMART Viewer Software For Windows 10. 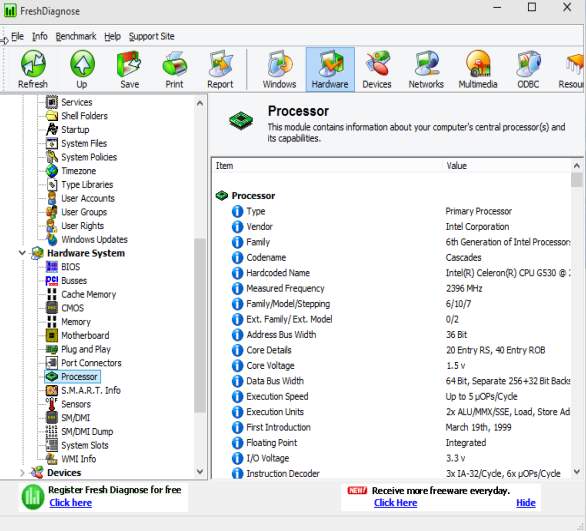 Fresh Diagnose is a lot more than just a sensor checker software, as you can see from the image above. Collecting and displaying sensor data is just one of the features, hidden away in the “Hardware System” category.

It will fetch the usual, temperatures, fan speeds, voltages, etc. On top of that, this application can also be used as a system spec analyzer (for both software and hardware), benchmarking and more.

Use the menu at the bottom of the application to switch between system specs display, sensor data display and more. System Information Viewer is portable and it doesn’t include benchmarks. Also, if you’re running Windows 10, you need to use the beta version of the program.

Also, have a look at Geosense For Windows: Location Sensor For Windows 7. 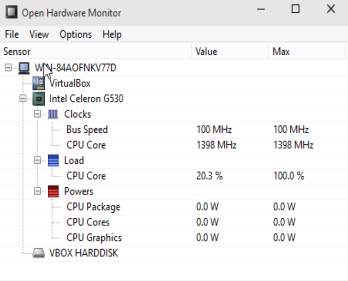 Open Hardware Monitor is in a lot of ways similar to HWMonitor, the second sensor checker software from the list.

Out of the 5 sensor checker software from the list above, the ones I enjoyed using the most are Open Hardware Monitor and Fresh Diagnose. These two worked great and offered lots of other useful info, not just sensor data, but also other useful system hardware. Tell me what you think, which sensor checker you liked the most by leaving a comment down below.