Here’s a list of 4 GIF player extensions for Google Chrome which give you more control over GIF playback in Chrome. What these extensions do is they load up GIF animations in their own GIF “players”, with standard media playback controls like rewind, fast forward, pause, frame extraction and more. GIFs are a very popular method of how everything from very funny to very sad is shared online. They are like the original vines of the internet, only more accessible because you don’t need the Vine app to enjoy them.

Let’s see how exactly it is that these GIF players work. 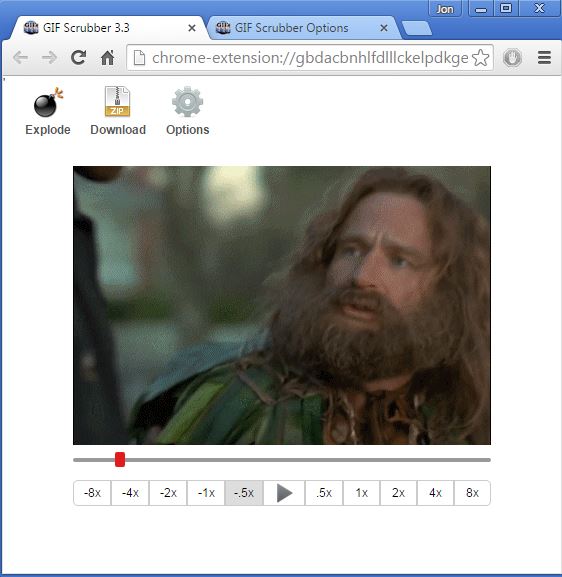 Player has controls down below for playing the video slower or faster. In the middle there’s a button for pausing and also playing the GIF animation at normal rate. The “Explode” option extracts every frame into a separate image. “Download” button saves the GIF to your computer and the last “Options” button, opens up extension settings for additional tweaking. 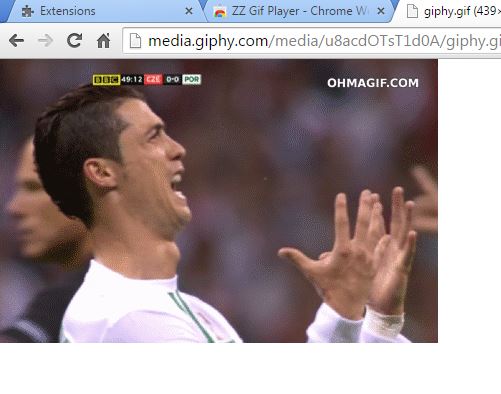 ZZ Gif Player is a GIF player extension for Chrome which I almost gave up on, because I couldn’t figure out how it works.

Then I found out that the GIF playback controls are actually assigned to keyboard and mouse shortcuts. For example left mouse click pauses video, mouse scroll wheel rewinds it (up-back, down-forward), Ctrl + left mouse click plays the GIF in reverse, Shift + mouse wheel up/down slows down and speeds up the GIF.

Also, have a look at 3 Video To GIF Converter Extensions For Chrome. 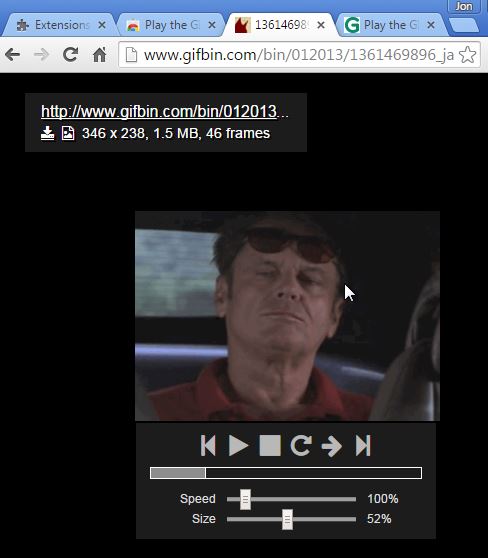 Play the GIF will automatically reload every GIF that you open in its own player, the one that you can see on the image above, once the extension is installed.

With pages that have multiple GIF animations, there’s going to be an extension icon in the top right corner for loading all the GIFs in a gallery from where they can be easily browsed and viewed using this GIF player extension. Use the “media” playback controls to manage the playback, zoom in on the GIF, change the speed at which they play and more. Top left corner has a quick link to download the GIF to your hard drive.

Get Play the GIF. 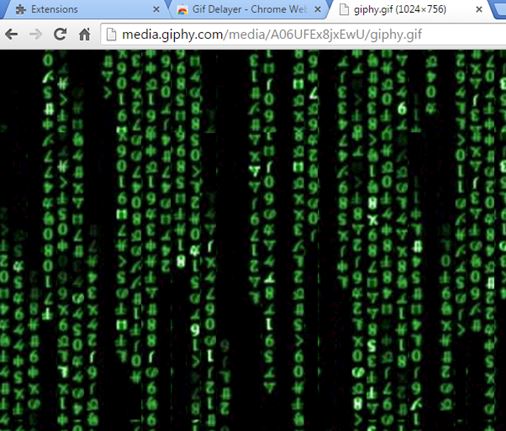 The last extension that I’m going to mention helps out with GIF playback in a different way from the three GIF player extensions that I mentioned so far.

GIF Delayer will stop GIF animations from loading when they are loaded for the first time, so that they don’t play with stutter. You’ve probably experienced this and know firsthand how annoying it can be. With the help of Gif Delayer, you’ll only see the first frame of the GIF animation and after it has completely loaded, only then will the rest of it play.

Also, have a look at 3 Screen Capture To GIF Extensions For Chrome.

Play the GIF looks like the most complete GIF Player extension out of the ones I tested, so I suggest that you try it out first. For something a bit more simplistic with integration into Chrome, there’s ZZ GIf Player. Let me know what you think by leaving a comment down below.