Here’s a list of 3 video to GIF converter extensions for Chrome which you can use to convert videos into GIF animations using Chrome. Most of us have gotten used to watching GIF animations that capture the very essence of a certain situation, instead of watching longish videos. GIF animations can also be sent more easily via email and viewed on a larger number of devices.

With extensions mentioned on the list down below, you’ll be able to create GIF animations from video directly from Chrome. 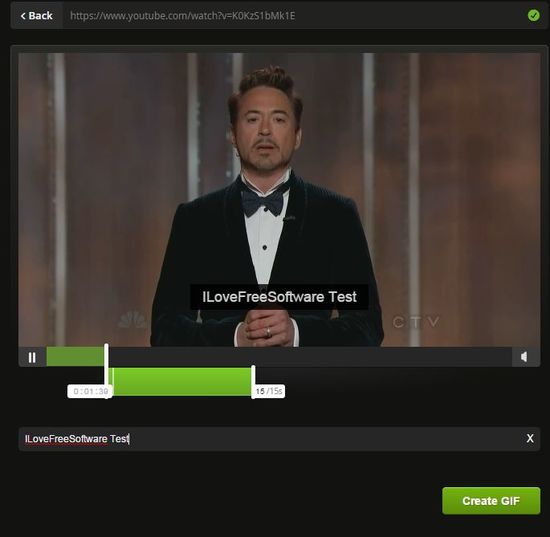 To use the extension, make sure that the video from which you’d like to create the GIF animation is open in a tab and then click on the top right corner icon. This will load up the converter tool with the help of which you can select 15 seconds of the video, convert it to GIF, and then host it immediately on Imgur.

Get Imgur Video to GIF.

Also, have a look at Free Video To GIF Converter To Convert Videos To Animated GIF. 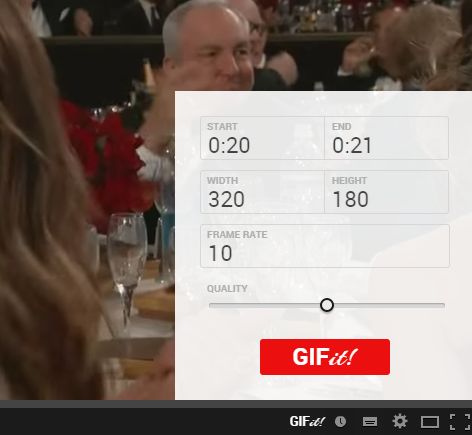 GIFit! integrates fully into the YouTube player toolbar down below from where it lets you open up the video to GIF converter tool. You can see the extension in action on the image above.

GIFit! only works with the HTML5 version of YouTube, Flash YouTube isn’t supported. Conversion tool has options for setting the length of the video that’s going to be converted and the number of frames of the GIF animation. When the conversion finishes, finished GIF is showed in a pop-up. You need to download it and upload it to an image host for the world to see your GIF. 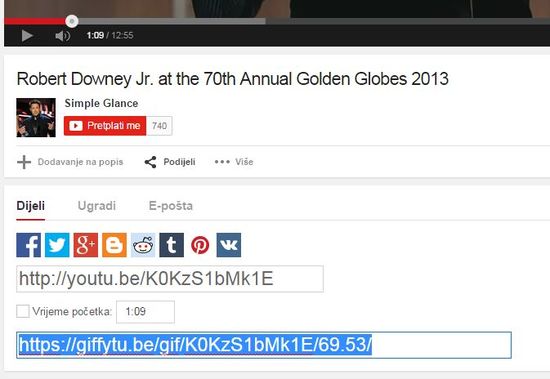 If you’re not very interested in tweaking conversion settings and would like to have a video to GIF converter extension that’s a bit more direct, then you’re in luck.

Also, have a look at Video To Gif Converter, Convert Full Video or Required Part.

Selection of video to GIF converter extensions for Chrome doesn’t seem to be that big. The three that I mentioned on the list above seem to be the only ones that exist in the Chrome store. If you happen to know of any other, let me know in the comments down below. Out of these three that I did mention, GIFit is my favorite.