Battle For Wesnoth is a Free Battle game for PC and MAC; where you have to build your own army and battle. Battle to regain the throne of Wesnoth.

There is unlimited gameplay for Single player in this game and Multiplayer mode is available too. Choose strategically from different kinds of fighters and battle through to protect your kingdom. This game can be downloaded and played on Windows Operating System, MAC OS X, and Linux. 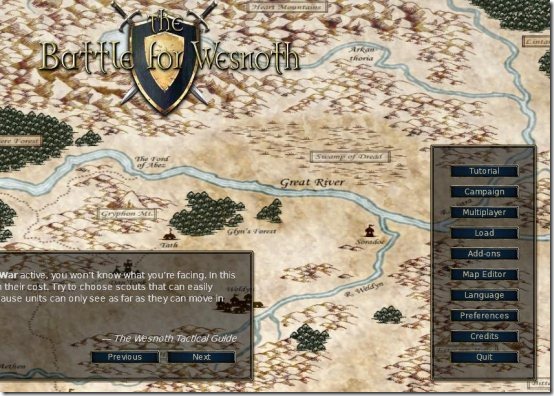 How To Win This Battle Game:

This battle game is little difficult to beat. All you need is your strategy, planning, and foresight. Recruit your army according to the situation and watch out for the limited Gold available.

First go through the tutorial to know all the functions and all the keyboard functions are given in preferences section. Most of the time you need only the mouse to play. When you right click you get several other options also. Even a mini map is shown in the top right corner. The Gold, houses conquered, army strength, etc. is indicated on the top of the screen.

This battle game has more than 200 different types of units, 16 races, and 6 major factions. In this game you can create your own units, create maps, and write your own scenarios. In multiplayer game you can challenge up to 8 other human players. 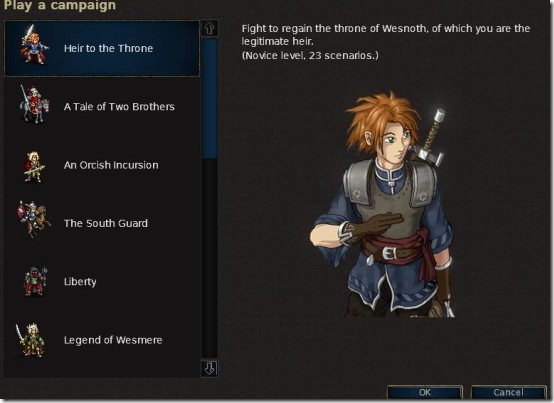 The different modes in this battle game are:

1. Tutorial: First go through the tutorial where you will be trained on how to play the game. Follow the instructions given on the screen. This is an important step because later you may face problems with playing the game.

2. Campaign: Campaign mode is a single player mode. You can choose from three modes: beginner, normal, and challenging. First you will be asked to choose from various modes like:

3. Multiplayer: In this you can join official server, play on internet, connect to a server, and create a dedicated server of Wesnoth. You can also play multiplayer LAN game with your friends. Click here to Learn How to Setup LAN Game.

5. Add-ons: Download and play on user made maps, scenarios, and eras.

6. Map Editor: In this you can create your own maps.

7. Language: Change the language according to your choice.

8. Preferences: Here you can change your preferences like: display, multiplayer, sound, and advanced options. 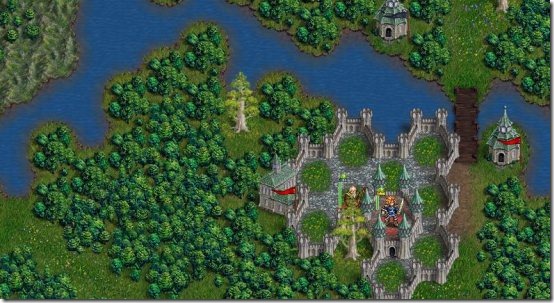 This game is turn based game; where you take turns to destroy your enemies. If you want to play a simultaneous action battle game then read my earlier review on Hidden and Dangerous and Sky Battle Game.

This game is a 310 MB game with good graphics and nice sound effects. Worth playing if you are a battle game fan.