This article details some important information regarding dual-boot computer systems, and a few pointers that should come in really handy while setting up a computer as a dual OS booting system, especially for casual computer users. It briefly discusses the concept of dual-booting, its advantages, some basic requirements for configuring a system in dual-boot set up, as well the two most common dual-boot configurations. Finally, it talks about which Operating System should be installed first while setting up a system in dual-boot configuration, and why? Although it’s not a standardized guide meant for each and every single computer user out there, it should suffice pretty well for most of the casual users wanting to try a dual-boot setup. Are you one of those willing to jump aboard the dual-boot bandwagon and try squeezing in another Operating System on your hard disk? You’ve come to the right place. Head past the break to find out more. 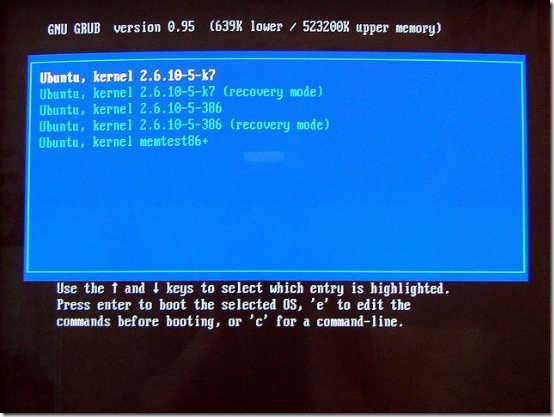 What exactly is a dual-boot boot system?

(If you have a need to access one OS from within another OS, then what you need is a virtual machine, not a dual-boot PC.)

Why would you want to make your computer a dual-boot one?

There’s a couple of reasons (or you could say, advantages) of setting up your PC in dual-boot configuration (apart from the fact that it’s quite fun!). Here are some:

Although setting up a computer in dual-boot configuration isn’t really that complex that it’s often made out to be, there are some important pointers that you should keep in mind. These are mentioned below:

Generally, there are two predominantly popular dual-boot configurations. These are briefly mentioned below:

Which Operating System you should install first, and Why?

Now that you know quite a bit about dual-boot OS configurations and are ready to work some dual-boot magic on your computer, here comes the big question: Which one of the two Operating Systems should be installed first? And it’s a pretty relevant question, because it’s quite important to decide which OS should be installed first. This is what I’m going to tell you in this section. Keep reading fellas.

Let’s just say you want to install Windows XP and Windows 7, or maybe Windows 7 and Windows 8.1. In such a case, you should always install the older OS version first, and then install the newer OS version. Thus, if you plan on dual-booting Windows XP and Windows 8.1, you should install XP first, and then 8.1. This is because in most cases, older versions are unable to detect the setup files of the newer versions, and will mess up the newer OS installation.

This is where things get a bit more tricky. Let’s say you want to install Windows 7 and Ubuntu. In this case, you should always install Ubuntu first, and then install Windows 7. Although if you do it the other way around, there won’t be any major problems. But there are a few reasons why you’d rather install Ubuntu first, and Windows second. They are briefly mentioned below:

Dual-Boot computer systems provide us the flexibility to work with a broader range of software applications. And even though setting up your system in dual-boot configuration is a quite simple and mostly trouble free (and even fun) thing to do, what’s the harm in being a little more careful. After all, what’s the point of installing two swanky little Operating System if none ends up working. I’m sure the points discussed above would help you all in getting the most out of your dual-boot computer systems.

Do you already use your computer systems in dual-boot configuration? Do let me know in the comments below.