This tutorial details a basic disk partitioning scheme that tells you what should be correct partition size that can be set while installing or reinstalling an Operating System on your Computer. Although it’s not a standardized scheme that will fit the needs of every single computer user out there (and it doesn’t try to be that either), it’s just perfect for most of the casual (specifically beginner) computer users. It basically provides a simple template for dividing the entire hard disk into several partitions, based on certain of parameters (usage patterns, average number of user installed programs etc.). You can divide the hard disk into multiple partitions, with the Operating System, Installed Programs, Documents etc., each being allotted their own partition. Disk can be partitioned by a variety of tools. You can either use the OS installer’s partitioning module, or any of the dedicated partition managers.

So, if you are planning to format your hard drive to reinstall an OS, just follow this guide about correct partition size. 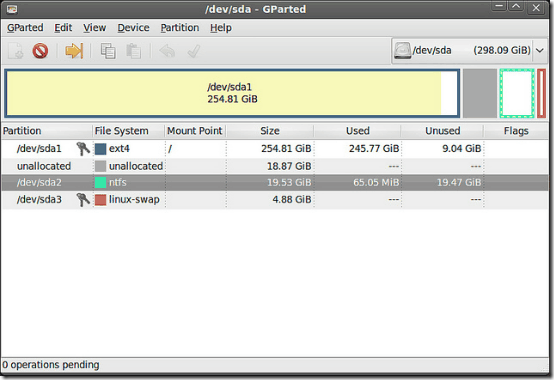 Why (proper) disk partitioning is essential?

Hard Disk partitioning is a fairly routine, but nonetheless a very important system activity. Hard disk partitioning is one of the fundamental and essential steps when installing (or re-installing) an Operating Systems. However, majority of the casual computer users don’t really pay much attention to correct partition sizes, instead choosing to always go with the factory configured partitioning scheme that most new computers come pre-formatted with. Under this scheme, the entire hard drive is divided into two partitions: a really big system partition, generally labeled as OS (generally denoted by drive letter C:), and the remaining miniscule portion, labeled as Recovery (generally denoted by drive letter D:)

While this partitioning scheme is all good, and works well for most users, but it has major drawback: All of your data (multimedia, documents, system files etc.), as well as your installed programs and applications reside on one massive partition (the recovery partition is too small to store or install anything, and besides, you’re not supposed to tinker with it). So if anything goes wrong with your Operating System’s installation (to an extent that you can’t even boot into it), then everything is gone. This is where  proper disk partitioning with correct partition sizes comes into play. A properly partitioned hard drive is not only easy to manage, but can also save you from a lot of unnecessary trouble (read: data loss), should you run into any problems.

Advantages of having correct partition sizes:

Things to be considered while partitioning a Hard Disk

When it comes to correct partition size, a one size fits all isn’t really possible. Different computer users have different needs, and obviously each user’s usage pattern differs from the others. However, there are certain factors that can be taken into consideration while deciding how many virtual chunks you should slice your Hard Disk in. They are briefly mentioned below:

Following two sections explain a sample partitioning scheme with correct partition size for a regular hard-disk (say, of 320 GB capacity). The first section covers the pointers for partitioning if the hard-disk will have just one OS, and the second covers the partitioning pointers if multiple Operating Systems need to be installed.

Scenario 1: A 320 GB hard disk with a single OS installation

A 320 GB hard disk has roughly about 298 GB of actual usable disk space. Here’s my recommendation around correct partition sizes, if you plan on installing a single operating system on it. 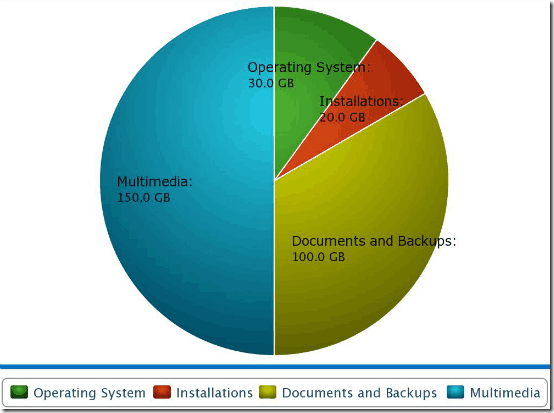 Partitioning a hard disk if you intend on installing more than one Operating System on it is a little more tricky. It gets even trickier if the Operating Systems belong to different families (say Windows and Linux). Here’s how you can partition your hard disk in such a case: 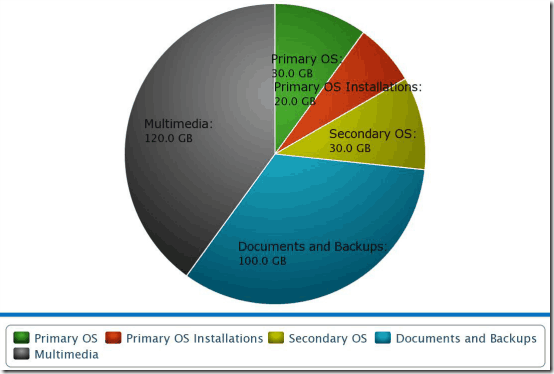 Correct disk partitioning with correct partition size can help computer users avoid (or survive) a lot of everyday computer problems. While the above mentioned partitioning schemes may not work for every user out there, they sure will help casual users manage their Operating System installations, other applications and your stored data much better. I suggest you try going for something different for once, something other than the regular OS and Recovery monotony, you won’t be disappointed.