Here’s a list of 5 light meter apps for Android which can be used to measure the luminance of objects that emit light. What we’re going to be measuring here today is how powerful a certain light source is using Android powered tablets and smartphones. A light sensor is needed so that the exact number of lux is reported by apps. Light sensor is also used to turn off the screen of your device when you put it up against your face during phone calls. 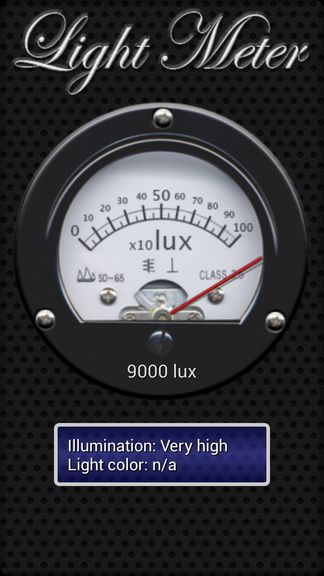 This light meter app is very small, lightweight and to the point. As soon as I launched it, it started reporting the intensity of light that falls on the light sensor of your device.

On the image above I brought the phone sensor very close to a lamp. That’s the reason why such a high reading was reported, usually it will be just a couple hundred lux. At the bottom of the interface you’ll also get an estimate on the light strength and color.

Get Light Meter by Borce Trajkovski. 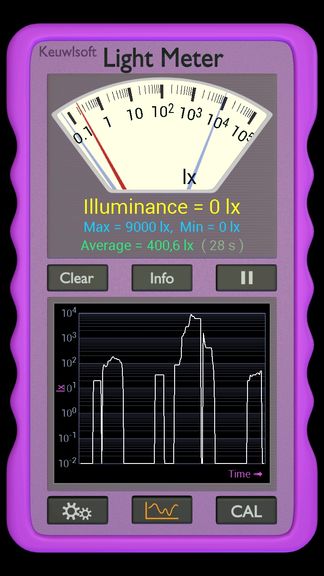 Light Meter by keuwlsoft is a continuous light meter app for Android which includes a real time diagram of the luminance readings detected by the sensors of your device.

Get Light Meter by keuwlsoft.

Also, have a look at 5 Free Speedometer Apps For Android. 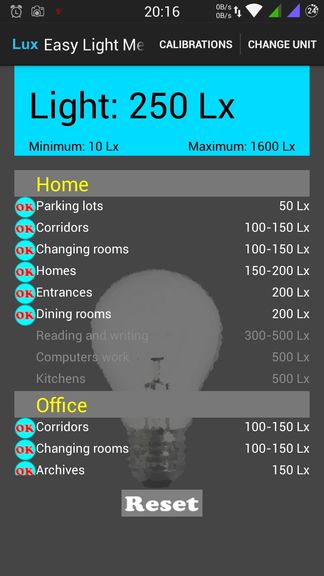 Easy Light Meter has two unique features that make it stand out from all the other light meter apps that I tested.

First it has a list of ideal values of light for rooms in homes, offices, schools and factories which will become active if the corresponding amount of light is detected. The second useful feature that caught my eye is the ability to change the unit of measurement from the standard lux to foot-candle. 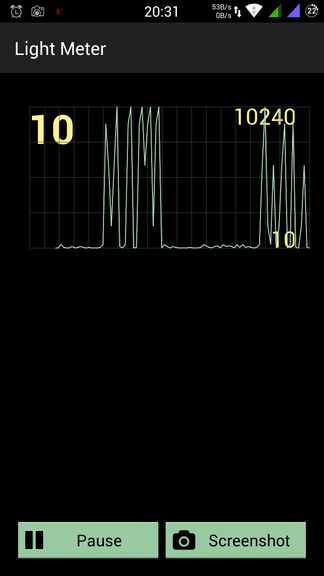 Light Meter Harmony is a mix of Light Meter by keuwlsoft and Easy Light Meter. It has real time continuous measuring of light and a diagram where values are drawn as they are detected by the light sensor of your device.

Everything’s a bit more simpler here though. Only the current value of light in lux is shown in the top left corner of the screen. At the bottom you can pause the measurement and there’s also a button for taking screenshots, that’s it. Next to light, this app can also measure sound and vibrations.

Also, have a look at 5 Sensor Checker Apps For Android. 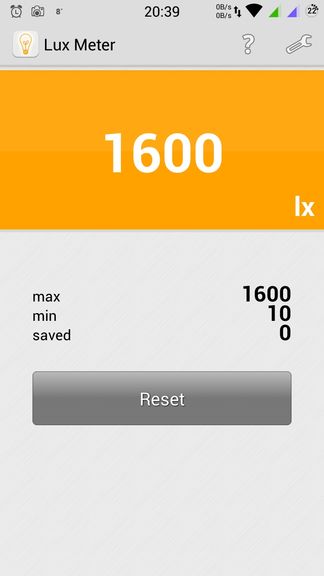 Lux Meter is a simple light meter app, similar to Light Meter by Borce, only with a bit more modern interface.

It can measure either lux or foot-candles. At the top of the screen you’ll find a digital gauge. App automatically records minimum and maximum values of light that it detects. You can additionally save one more value by double tapping on the screen.