Here’s a list of 5 sensor checker apps for Android, which can be used to check what kind of sensors your device has and how good they are functioning. When buying new phones that you can test out, it doesn’t hurt checking what the situation is with the sensors, just to make sure that everything works properly. A lot of phones have the tendency to have problems with sensors. That’s when things like compass, proximity sensor and accelerometer don’t work properly or aren’t even there, despite the device being advertised as having them.

With a sensor checker app you can easily test the sensors. 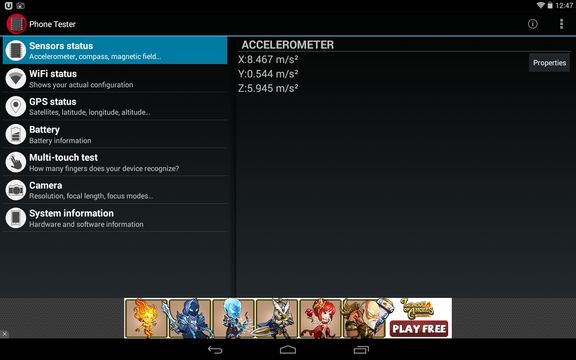 Great thing about Phone Tester is that it’s much more than just a sensor checker app. It can also be used for doing a full hardware checkups, battery status checkups, multi-touch tests, and more.

To start looking up status of sensors, tap on the “Sensor status” tab on the left (obviously). This will load up the list of available sensors on the right, alongside their readouts so that you can at the same time see which sensors are available, and if they are available, how well are they functioning. 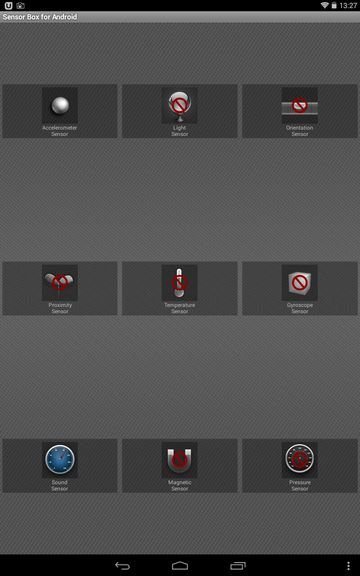 Sensor Box for Android will display a grid consisting of 9 types of sensors that it can detect (accelerometer, light, orientation, proximity, temperature, gyroscope, sound, magnetic and pressure).

Sensors on the grid which are crossed off are non-existent. Tap on the icon of an available sensor and a nice looking graphical test for that sensor will open up. This is a very popular sensor checker app which you might have seen in action on reviews of Android phones and tablets.

Get Sensor Box for Android.

Also, have a look at Free Android App to Check Your Phone’s Sensors Data. 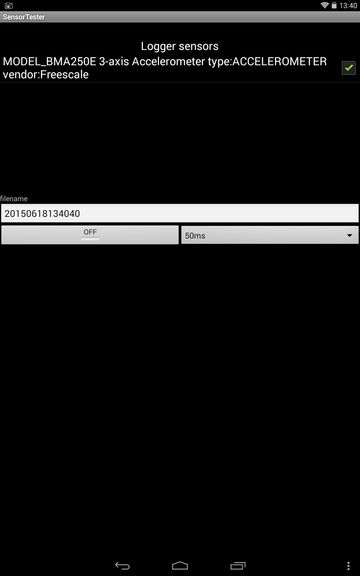 Sensor Tester is a much less graphical than any of the other apps that I covered up until now, as you can see from the screenshot above.

Unlike Sensor Box for Android, this sensor checker app will report back only a textual list of all the available sensors. Their readouts are also reported. Select the “Logger” option from the main menu to get a list of sensors. 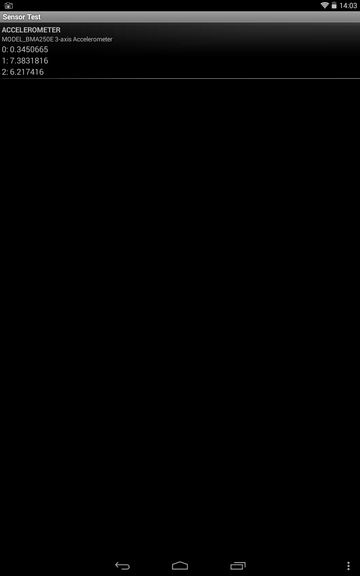 Sensor Test by AtmoWorker is even simpler than Sensor Tester. After running the app, you’re only going to be presented with a list of available sensors.

If you don’t have a lot of sensors, the list will be short. Alongside the list of available sensors, you’re also going to see their current values, so that you see if they are functioning properly.

Get Sensor Test by AtmoWorker.

Also, have a look at Find Out Your Video Card Information And Sensor Information: GPU-Z. 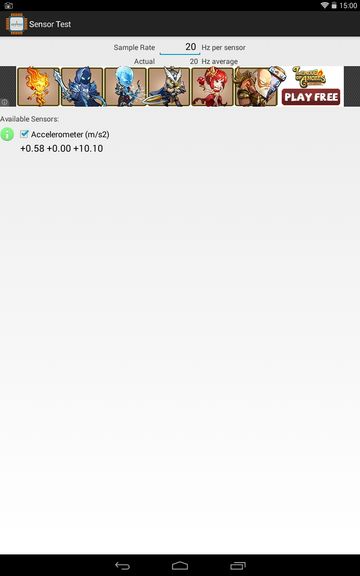 Sensor Test by djodjo can be placed in the group of sensor checker apps which are aesthetically pleasing to look at.

Only a list of available sensors waits for you after running the app, but the list has icons and nicely formatted text. Next to each sensor on the list, you’re going to see their current values reported. This sensor checker app is just like the previously mentioned Sensor Tester by AtmoWorker, only with better UI design.

Get Sensor Test by djodjo.

Those who are looking for a simplistic sensor checker apps for Android, I suggest that the use the last two from the list, Sensor Test by Atmo Worker and Sensor Test by djodjo. For something a bit more advanced, there’s Sensor Box for Android. As always leave a comment down below telling me what you think.