Here’s a list of 5 speedometer apps for Android which you can use to find out how fast you’re driving, running, riding your bike, etc. Using Android phones as speedometers isn’t something that’s overly revolutionary. It’s something that can be done for quite some time now. What you might not know is what’s the best app to do that. Today I’m gonna cover 5 such apps which I think are best and will be able to help you out when you’d like to measure speed on your Android tablet or smartphone. 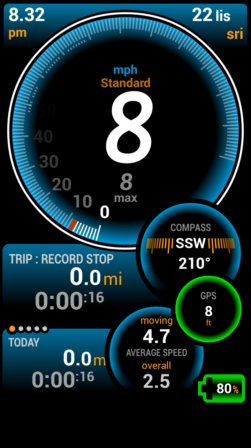 Ulysse Speedometer is a speedometer app which shows a lot more information, not just speed, as you can see from the image above.

All the apps mentioned on this list require GPS to work. Ulysse Speedometer also shows a compass with current direction in degrees. App has both digital and analog dials. Speed can be showed in MPH, KPH or in nautical measurements. Distance traveled and speed records can be kept with support for profiles (when using the app with car, walking, bicycle, etc.). 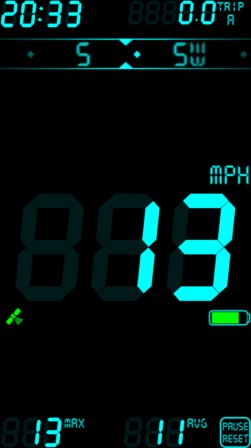 DigiHUD Speedometer is a speedometer app the specializes in being a HUD speedometer app. HUD stands for heads up display and it’s basically when info from the phone screen is reflected onto the car windshield.

App keeps track of max speed, has a distance counter, compass to show direction, displays speed in either MPH, KPH or KTS, has warnings for when you go over the speed limit (digit colors change to red), and much more. 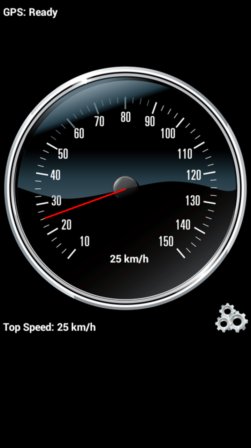 Speedometer by Value Apps doesn’t go into the kind of extremes when it comes to functionalities that the two previously mentioned apps have.

It’s simpler, as it can be seen from the image above. The only thing that you’re gonna see is the analog clock at the center of the screen, and the small digital one in the bottom left corner of it. It’s possible to switch to digital full-screen. There are speed limit alarms, top speed tracking and that’s about it. 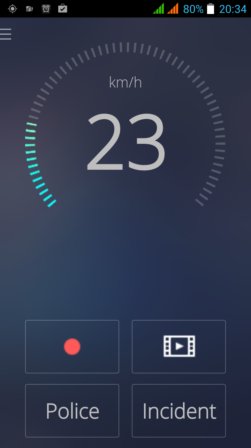 GPS Speedometer by Sygic is a speedometer app created by the same team that created the very popular GPS navigation app that bears the same name, Sygic.

Get GPS Speedometer by Sygic. 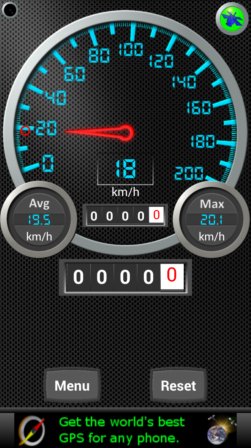 DS Speedometer is a speedometer app that offers the best mix of features and functionalities, at least according to me.

The clock dials aren’t crowded like they are with the Ulysse Speedometer, it’s like a speedometer on an actual car, including an odometer (mileage tracking). DS Speedometer stands out with features like route tracker and a trip logger, with actual maps where you can keep track of the route you’ve crossed.