Many cool and feature rich media players are available for free over the web. However, this is also true that most of them aren’t able to play 4K resolution videos. The interest of people towards 4K videos is increasing day by day and therefore, people are looking forward to using a 4K video player. Only a few good media players come in the list, which support 4K videos and play them smoothly. This article covers all those media players. However, it also depends on the video FPS, pixels, frame width & height, size, and other details that whether a player would be able to play a 4K video smoothly or not.

The media players listed here also work well with Windows 7 and other versions. Apart from playing 4K videos, each individual player contains other features that we expect in a fantastic media player. For example, a huge range of audio video formats, create and save playlists, stream online video, rotate video, and many other features.

Let’s start with the first 4K video player for Windows 10 available in this list. 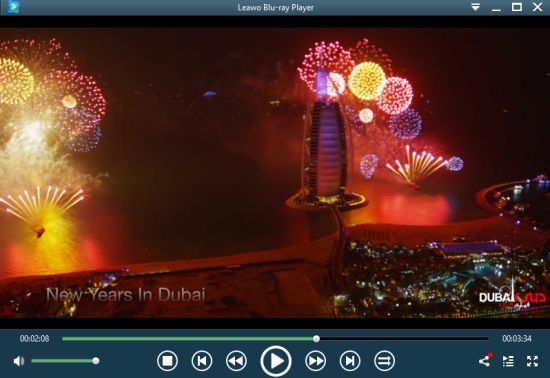 Leawo Blu-ray Player is one of the best 4K video players for Windows 10 in this list. During my testing, this player smoothly played 29 frames/sec and 4096*2160 resolution video, while the other video players find it a bit difficult to play the same video. This is the reason I placed this video player at the top.

Its interface is also elegant and it has all necessary features one expect in a good media player. You can capture the snapshots, create a playlist, play blue-ray DVDs, adjust audio video settings etc.The options to record audio and convert videos are also available, but you need to download additional tools to use these features. However, our priority is to play 4K videos. So, this is undoubtedly a fantastic and great video player.

The options to record audio and convert videos are also available, but you need to download additional tools to use these features. However, our priority is to play 4K videos. So, this is undoubtedly a fantastic and great video player. 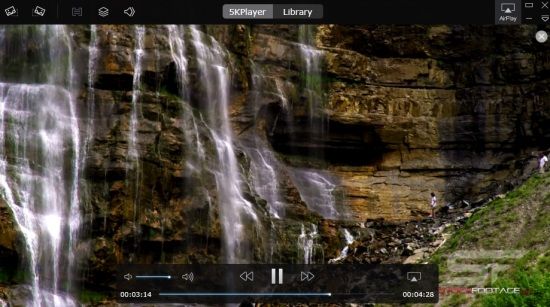 5K Player is my favorite video player in this entire list. As its name suggests, it is built to play 5K resolution videos. So, no doubt your experience to play 4 K videos with this player would be better than others. I like its sleek interface where playing the 4K videos is really interesting.

It also comes with the feature to stream video or audio using the built-in AirPlay sender/receiver. Apart from this, you can also use its Radio feature to listen to any radio station directly from the desktop within its interface.

A built-in screenshot capture and video converter feature make it an advanced media player. It is definitely a good choice to play 4K videos or other high-definition videos. However, it was surprising to me that it failed to play the same 4096*2160 resolution video smoothly, which Leawo Blu-ray Player played very easily. Still, as I mentioned in starting that many factors like FPS, size, etc., are responsible for playing 4K videos uninterruptedly, this player might not have covered all those factors. 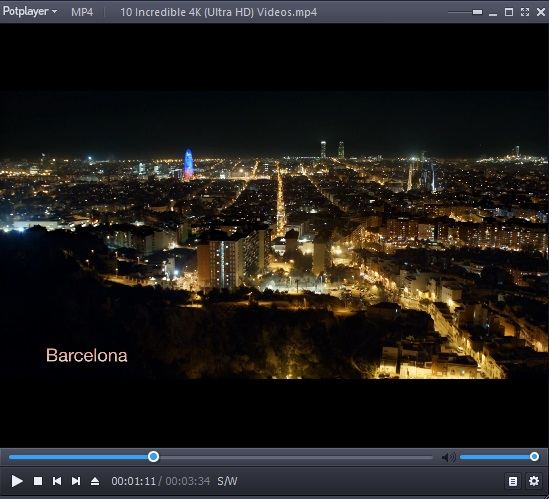 PotPlayer is definitely a good 4K video player for Windows 10 and competes well with the above two players. The reason I placed it in #3 is that while playing the same 4096*2160 resolution 4K video, there was some interruption. Other 4K videos played really well by this video player.

Apart from this fantastic feature, PotPlayer has dozens of valuable features. You can set the screen rotation, use the hotkey to capture the video snapshot, set video aspect ratio, and do a lot more things. In terms of features, it is definitely ahead than Leawo Blu-ray Player and 5K Player. So, if you need a feature-rich media player that also supports 4K videos, PotPlayer may fulfil your requirements. 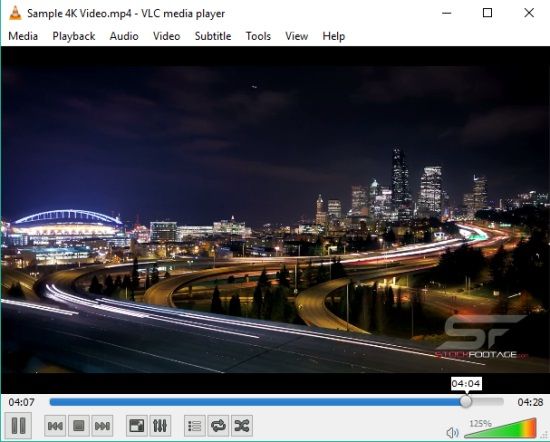 VLC Media Player doesn’t need an introduction. It is perhaps the most liked and popular media player. Earlier, except playing 4K videos, almost all the features were available (natively or with the help of its plugins) in this player. However, after an update, this feature is also a part of VLC player and now it is included in the list of 4K video players.

VLC player can play 4K videos (with up to 60 FPS) easily. However, this feature still has to cover a long distance yet. Those who are running the latest version of VLC will be able to play 4K videos in VLC media player. So, install the latest version or update your VLC player. You also need to make sure that ‘Hardware-accelerated decoding‘ is disabled in VLC to play a 4K video. You can disable it by accessing Input/Codecs option. It can be accessed by clicking on Tools → Preferences → Input/Codecs.

Read the full review of VLC. 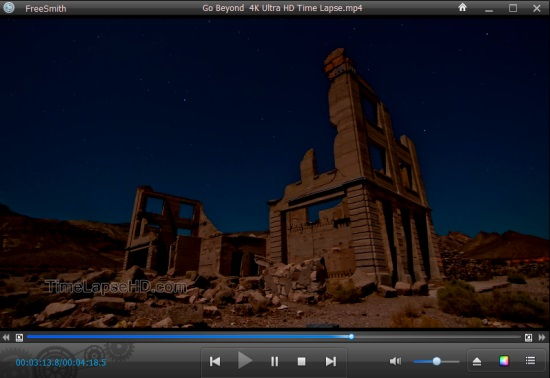 FreeSmith Video Player is also a good 4K video player for Windows 10. It has a nice interface where you can enjoy playing 4K videos easily. A video rotation feature is also available, which is helpful when you have to rotate a vertically aligned video.

This video player has limited but some interesting features. For example, you can create and save playlists, change the theme of this player, adjust color settings (contrast, brightness, hue, etc.), take the snapshots, and more. So, overall this 4K video player can compete with other modern players as well as a good option when you need to play 4K videos.

From this entire list, one thing is pretty clear that Leawo Blu-ray Player would be a satisfactory video player when you have to play 4K videos without any trouble. Other video players have their own pros and cons. So, give a try to any 4K video player you want and check if the selected player is good enough for you or not.