JetVideo is a free media player. Even though JetVideo is missing some very useful features like the ability to play subtitles, there are still advantages to using it over other media players, mainly because with JetVideo you get to play practically every media format known to man, audio, video it doesn’t matter, JetVideo will play them all, and it has a lot of other useful options: 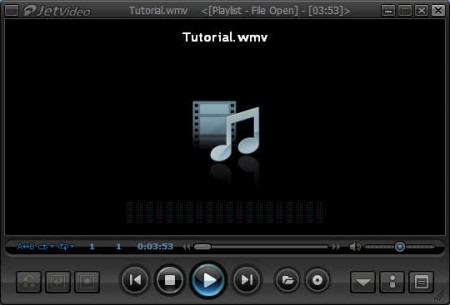 Skins might not be the most important thing when it comes to functionality of applications, but they sure are important when it comes to eye candy, and the default skin which JetVideo has to offer, which can be seen above is very modern and stylish. But so that you don’t think that this free audio/video player is only pretty, that it is not good for anything else, here’s a list of media formats that JetVideo can play:

It can play over 25 different audio and video formats, practically every single one that you can think off, and when you combine that with the classy interface that JetVideo has you get the winning combo, which should be enough to satisfy majority of users, but probably not all.

We said that not everyone can use JetVideo, and the reason why we said that is because JetVideo doesn’t support subtitles. One very major drawback that will probably turn off international users away from JetVideo, and not just international users, even those from English speaking countries are known to have English subtitles running and unfortunately you can’t have that in JetVideo media player. 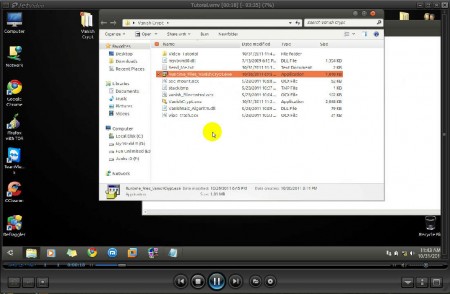 Here we have a video playing inside JetVideo and as you can see, everything looks very professional. Full-screen view is available, as it should be, and normally as you hover video bottom there will be a display bar with the time slider and all the other options: 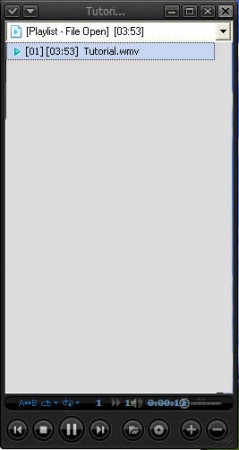 Playlist is a nice touch, where you can see all the media files that you have opened inside JetVideo, or where you can add for example your audio and video collections. There’s several different options for adding files to the playlist, easiest one being adding entire folders, similarly to what other media players have. You can also add URLs to the playlist, which means that JetVideo can also play streaming videos and music.

If you are not a demanding user, and by demanding we’re referring to playing subtitles, if you don’t need that particular feature, then JetVideo media player is just the thing that you need. It supports a very wide range of audio and video formats and despite of the fact that the program name says JetVideo it will also play your audio collection just fine. Killing two birds with one stone saying comes to mind when we’re talking about this video/audio player, so make sure you give it a spin and see if it will satisfy your needs, there’s still a lot more options that we haven’t mentioned here, which require discovering.