Here’s a list of 3 free rider games for Chrome. Free rider games are simple arcade games where the goal is to drive a bike (it’s usually a bike) without flipping over. The trick is that you need to maintain balance with the directional keys, go over obstacles and get to the finish line as soon as possible so that you end up with the gold medal, or at the very least silver/bronze.

Let’s see what kind of fun games of this type are there for Chrome.

Free Rider HD is a free rider game with over 80 tracks, online multiplayer that lets you compete against other players from around the world and the ability for the players to draw up their own custom tracks. To draw levels, additional offline editor needs to be downloaded.

Games starts you off easy, with a tutorial where basic controls are showed. After that each level gets more difficult, with ramps, hills, bridges and other obstacles. To play the game you will need to login with your Google account.

Also, have a look at 5 Free Memory Games For Google Chrome. 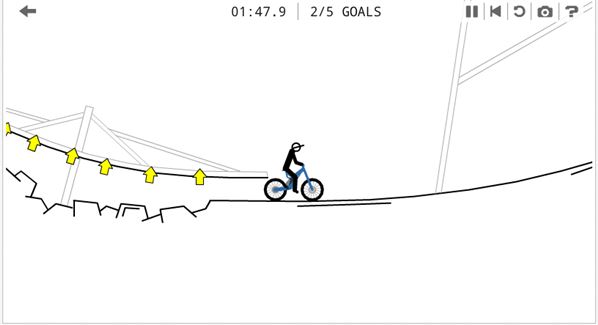 Free Rider 3 is in a lot of ways similar to Free Rider HD. Same gameplay is present. With the directional keys you go forward (up), backwards (down), lean back (left) and lean forward (right).

Lots of levels are available, and that number is increasing seeing how the levels can be drawn and shared with the community by the players themselves. Google sign in is required to play the game. Online gameplay will put you up against other players from around the world. 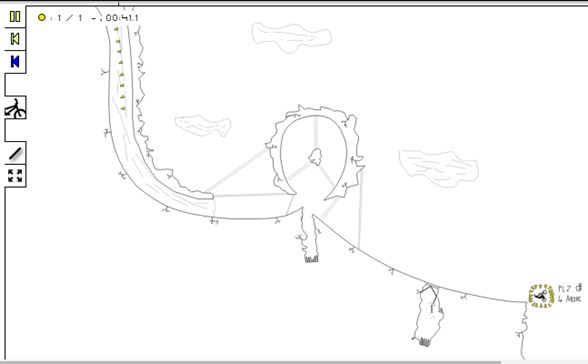 Canvas Rider is an older version of Free Rider HD. Even though its older, it does have its advantages. Main advantages that I immediately noticed is the fact that there are over 1 million tracks for you to play and there is no need to sign in with Google account or to create an account at all to play the game.

After launching the app you’ll be prompted with a list of all the available tracks and you can start playing right away after selecting the track that you’re interested in. A large number of tracks is available because players were able to create their own tracks back in the day when Free Rider HD didn’t exist and Canvas Rider was at the peak of popularity. Small drawback is that the graphics aren’t that good, especially if you’re playing on a bigger screen.

Also, have a look at 5 Retro Games Extensions For Chrome.

Out of the 3 free rider games from the list above, I really like Canvas Rider, despite being older and having less features than Free Rider 3 and Free Rider HD. I don’t ask a lot from these types of games, so the fact that there’s no need to register an account and that it can be played right away is what makes Canvas Rider appealing to me. Free Rider 3 and Free Rider HD share second place because they are both very similar in features and functionality. Let me know what you think by leaving a comment down bellow.