Here’s a list of 5 free memory games for Chrome which you can use to have fun by playing memory games when waiting for a download to finish, for example. These types of games aren’t just for fun. They can also help you improve your memory if you have problems with memorizing information. Kids can also learn about everyday objects, seeing how the games that I played are mostly tile matching games, but some of them add a bit of a twist and operate differently.

Let’s see what kind of memory games are there in the Chrome’s Webstore.

Kraken Memory Game is a tile matching memory game where your goal is to match the tiles that have images of animals. This can be played offline, once that it’s loaded for the first time.

Levels are available for making things more interesting. As you solve the easier levels, more difficult ones come up. A bit of a twist exists in Kraken where it randomly mixes up 2 tiles after you’ve discovered a pair, so that it’s a bit more difficult for you to memorize where’s what. Each time that a tile pair is guessed, the names of the animals that were paired are read out, so kids can learn about the animal kingdom. 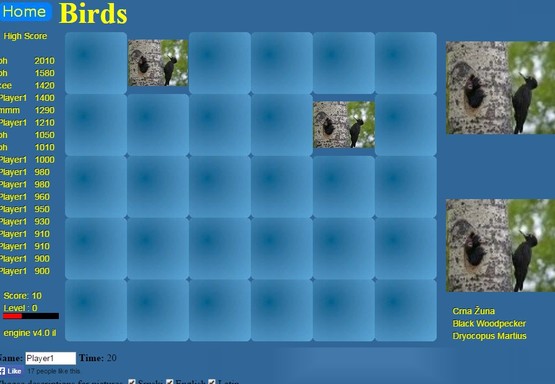 MemoRy Games by Engine v4 is actually a collection of dozens of tile matching image sets, all of them using different types of objects, animals and plants for matching the tiles.

Fish, dogs, trees, mushrooms, cars, cellphones and many more types of object on tiles can be found. Here as well, just like in Kraken Memory Game, the name of the object on the paired tile is showed, on three languages (English and Latin included) to help you out not just with your memory, but also with general knowledge about the world around you.

Also, have a look at 5 Brain Training Extensions For Chrome. 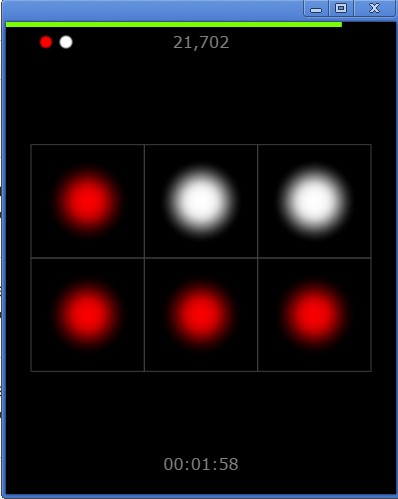 Hippocampus isn’t a tile matching memory game, but rather a pattern matching game similar to the very popular Simon Says.

It’s worth noting that Hippocampus is also a standalone app (works in its own window). Goal of the game is to repeat the pattern of colored dots on the screen, after they are showed to you initially. On the image above it’s a 2×6 grid with 2 colors, but the grid increases and also empty spaces are added to the mix as you play the game. Each time that you guess a pattern, new one is showed and after you memorize it, you’ll need to start click all the dots into their correct positions.

Who’s knocking on the door? 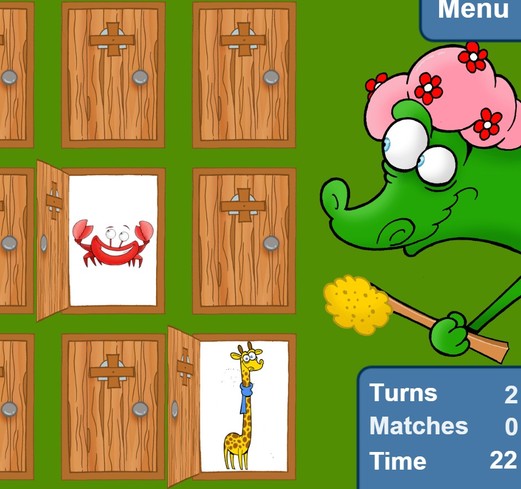 Who’s knocking on the door? is a tile matching game that’s themed around opening doors. What I mean by that can be seen on the image above.

Grids of doors have to be opened up and guests behind them paired up. Three difficulty levels are available. Who’s knocking on the door? is also interesting, at least to me, because you can used it offline. It’s an HTML 5 memory game for Chrome, that’s ran locally, from inside Chrome.

Get Who’s knocking on the door?.

Also, have a look at 5 Free Websites To Improve Memory. 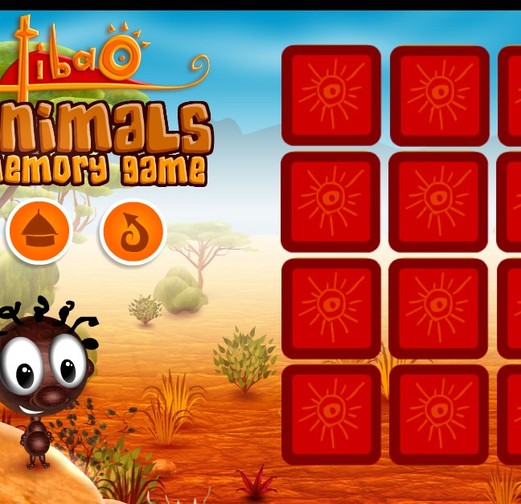 TIBAO is similar to Who’s knocking on the door?, with the exception that its theme is based around African animals like lions, alligators, gazelles, hippos and so on.

It’s really difficult to pick a favorite out of the 5 memory games from the list above. I have to give Hippocampus a slight advantage because it’s very fun to play, plus it doesn’t seem as childish as most of the other games that I tested. MemoRy Games by Engine v4 comes close behind, simply because it comes with a large selection of image sets that you can pair up.