In this article, we will discuss 10 Best Free Bike Games For Windows 10. Whether you like playing bike games or simply want to get a feel of bike games if you are more of a car game sort of person, these games are the perfect apps to help you get started or keep you occupied. 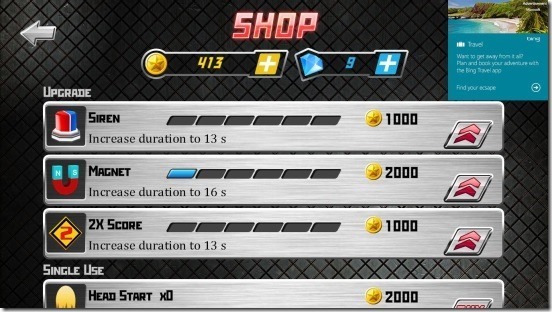 AE 3D Moto – The Lost City is a fast paced bike racing game app for Windows 8, 8.1 and 10 devices. The game offers great graphics, and the USP of the game is its ability to run on all supported Windows devices with ease, and absolutely smoothly at that. The game has various motorbikes to choose from, and also has separate upgrades for each bike which will boost your game performance with the chosen bike. In the game, you race against time, dodging all the obstacles en route. The game has gripping features – including the good background tracks and gameplay environment which will keep you hooked! The controls are simple to comprehend, but don’t assume that understanding the controls is all that it takes to master this game – you need patience and perseverance too. 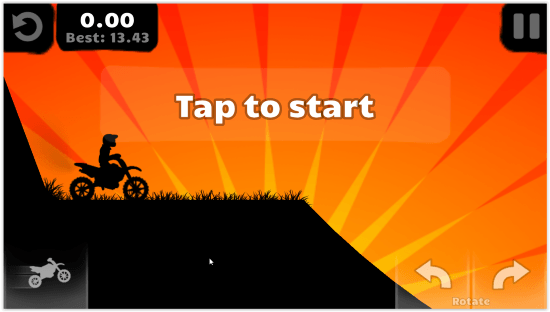 Sunset Bike Racer is a stunt based motocross bike racing game for Windows 8, 8.1 and 10 devices which allows you to test your reflexes. The game is cleverly designed to make it easy to play on both touch screen and non touch screen devices. The game is a great pastime app, where the motto is to last for as many seconds as you can on the race track. The game rewards you with star ratings, and to earn stars, you need to last on the track for a set number of seconds. Overall, the game is pretty challenging and is of a very small size clocking in at only 21MB, hence I definitely recommend that you check it out!

Get Sunset Bike Racer for Windows 10. 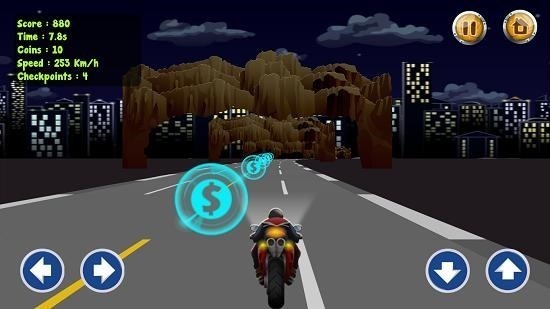 Speed Rovers – Classic is another free bike racing game app for Windows 10 devices, which is also compatible with devices running Windows 8 and 8.1. The game has unlock-able characters and locations where you can play. Initially, only one character is unlocked and the first level is unlocked. Levels get unlocked as and when you complete, and further characters can be unlocked by using the coins that you collect during the gameplay of this bike racing game. The coins are littered throughout the gameplay zone, and overall, the game gives a great feel of Moto GP style of bike racing.

Get Speed Rovers – Classic for Windows 10. 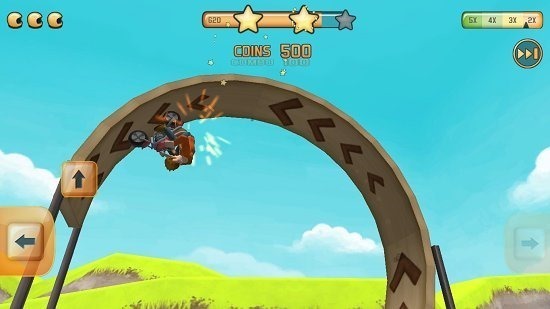 Fail Hard is another free stunt oriented bike racing game which works great on both touch and non touch screen devices. The motto of this game is to collect as many coins as possible in the race, whilst completing stunts in tracks which are designed like a roller coaster. The game has stunning 3D graphics, and makes for a download which is surely worth your time. In the game, you can unlock and buy new bikes, etc. with the coins that you collect in the gameplay arena. Star ratings are awarded when you complete a level and on the basis of number of stars collected, you unlock new levels. The game works on Windows 8, 8.1 and 10 devices.

Get Fail Hard for Windows 10. 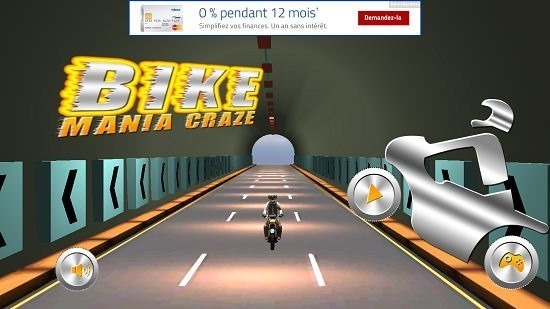 Bike Mania Craze is an endless racing game app for Windows 8, 8.1 and 10 devices. You can simply control the biker by the right, left, up and down arrow keys where the functions of these keys are to turn right, turn left, accelerate and decelerate respectively. The objective of the game is to collect as many coins as possible without crashing the bike, in the hopes to achieve the highest score that you can. The game offers endless fun and the sheer simplicity of the concept (endless with no complex level unlock system) makes it one of my favorite bike racing game for Windows 10.

Get Bike Mania Craze for Windows 10.

Death Race Stunt Moto is a new spin on bike racing games where you get to play three different kinds of modes of racing – namely Endless mode, Time mode and Knockout mode. Endless mode is an endless racing mode where you play with two rivals on the track along with you. The time mode is time constrained where you have to finish the race and try to score as high as possible by knocking down your rivals in the given time. The knockout mode allows you to play with six competitors who are racing with you, and you can only win the race if you knock them all down. The game is designed in a 3D format where you accelerate, decelerate, turn right and left by standard keyboard controls of up arrow, down arrow, right arrow and left arrow buttons respectively, and you can kick and punch your rivals by using the S and A keys respectively. This game works flawlessly on Windows 8, 8.1 and 10 devices.

Bike Super Stunts is a stunt oriented 2D bike racing game for Windows 8, 8.1 and 10 devices. The game allows you to choose your off road bike and lets you choose from a plethora of turfs as your gameplay arenas. The turf or the terrain that you choose for your gameplay is rough, and has twists and turns all around. You need to execute stunts like backflips etc. to make it through the terrain successfully. The game has on screen controls, but it can alternatively also be played with the aid of a keyboard input. Each terrain has several speed boosters littered around as your in-game power ups which will give you an edge at the steep cliffs by helping you jump over them. The game is pretty addictive and you should definitely check it out!

Get Bike Super Stunts for Windows 10. 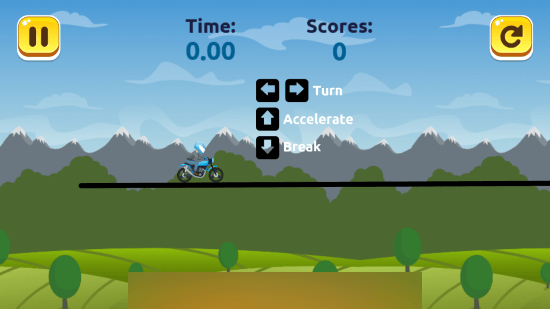 Crazy Track Bike is another free bike racing game for Windows 1 devices, which is also compatible with Windows 8 and 8.1. The game has simple controls and an array of selectable bikes which can be used to complete the levels at hand. The game has a time and score meter at the top in the gameplay zone and 3 levels to choose from; each having 30 stages within, totaling up to 90 playable stages – hence you will never get bored. The game is goal oriented where you need to obtain a set number of stars to unlock new bikes. Stars can be obtained by completing stunts like backflips etc.

Get Crazy Track Bike for Windows 10. 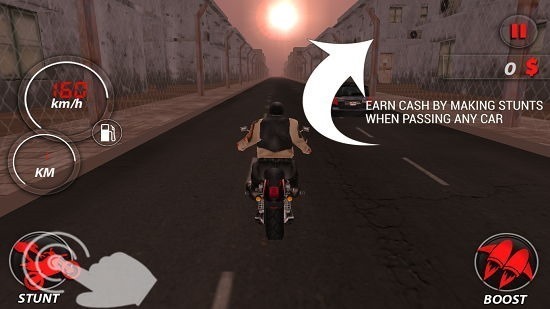 Highway Stunt Bike Riders Pro is a 3D bike game for Windows 8/8.1/10 devices. Here, you need to score by executing stunts. The game keyboard based, with two onscreen control buttons namely Stunt and Boost which allow you to perform various stunts or go faster respectively. The game looks great and runs smoothly. No external graphics card is needed for your system to run this game. The game is endless and ends only when you crash your bike. New bikes can be purchased with the points or money you earn in the game.

Bike Mania 2 Multiplayer is a free bike racing game for Windows 10. The game offers single player, multiplayer and a garage mode. The multiplayer mode can only be unlocked after completing first four levels of the single player mode, and this mode allows you to compete with rivals online. Needless to say, this will only work if you are connected to the internet. Let’s say that you don’t have an internet connection – in this case, you can still choose to play the single player mode which is equally fun and offers lots of terrains that you can choose from. In each mode, you have to overcome the obstacles on the path to complete or win a level. In the garage of the game, you can choose to purchase new bikes with your reward points. It’s interesting to note that this game is also compatible with older Windows 8 and 8.1 devices!

Get Bike Mania 2 Multiplayer for Windows 10.

This wraps up our list of 10 Bike Games for Windows 10 devices. Feel free to try them out!