Tame.it is a free web based Twitter analyzer which you can use in order to easily organize and go over links, topics and people mentioned in tweets on Twitter, from your own timeline and also the main Twitter feed. To do that, you’re gonna have to register an account on Tame.it and then allow it access to your account. As soon as you do that, you’re gonna be presented with a list of links, tweets and people that are very popular and regularly mentioned in your tweets.

How this free Twitter analyzer works can be seen from the screenshot down below. The three central columns are gonna show you the list of links, topics and people that are currently very popular on Twitter, like we said, in either your own timeline, or in the general Twitter feed. It might take a couple of minutes for the general Twitter feed analysis to be completed. 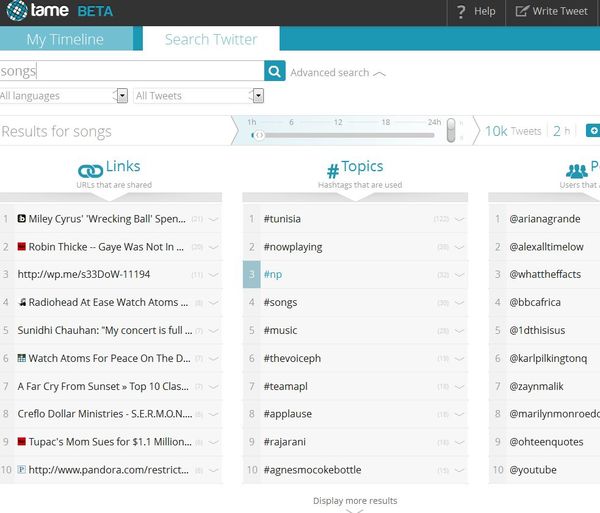 Above the three lists you’re gonna see timeline tweakers, which can be used in order to adjust the time range in which the links, topics and people down below are gonna be shown. You can also adjust it so that only a certain amount of tweets are shown. Twitter feed analysis works by you typing in the search term for which you would like to filter out the most interesting results.

Key features of Tame.it are:

There’s a lot of different news and updates on Twitter and if you’re very active there, it could be practically impossible to keep track of everything important that you need to be keeping track of. With this free web based Twitter analyzer you’ll be able to find out what’s most important on Twitter, so that you never miss out trendy and important Twitter updates.

How to analyze tweets with Tame.it: free web based Twitter analyzer 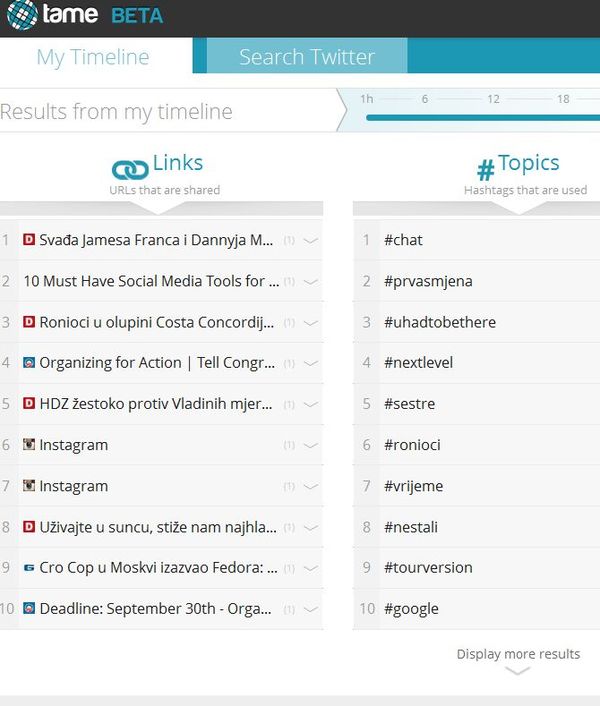 Tame.it will save you a lot of time, especially if you are following a large number of Twitter users. It will do the same thing for the overall Twitter feed, which does tend to get hectic, and it’s not easy to find out what’s popular and trending and what’s not. Try it and let us know how it oges. Register for free.