After that, it will check your followers. This is a bit time consuming process. So, once it is done, it will send you a reply on Twitter (using “@”). The reply will have a link that will tell you the best time to tweet, and that page will also contain a chart that shows pattern of your Twitter followers. 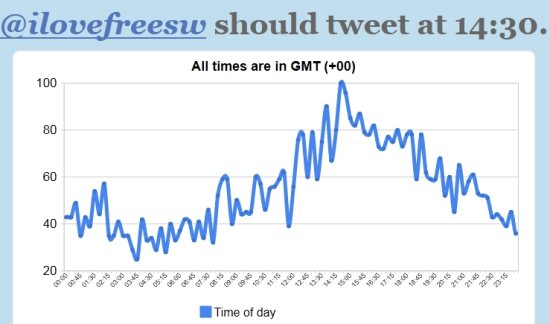 When to Tweet is quite a nice service to use if you have Twitter followers that are located in multiple geographies. Instead of sending tweets in your timezone, you can find the best time to tweet using this service, and then schedule tweets for that time.