This game was developed by a group of students of DigiPen institute of technology and received many gaming awards for this. DigiPen institute students also developed another game named Tag; which is another innovative game. Play this wonderful survival game; it is quite different from other car racing games. 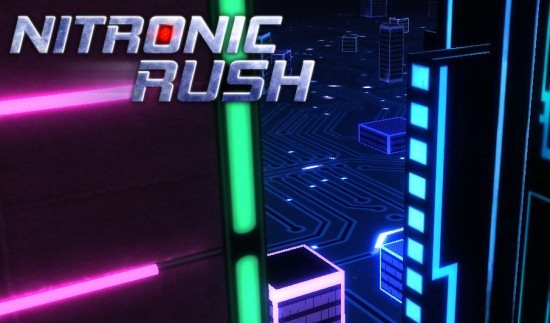 Nitronic Rush is all set in a futuristic kind of city; illuminated with neon lights. This game looks like a mix of Tron Game and Trackmania Nations Game. You have to jump on ramps, run on loops, avoid obstacles, and fly with the wild car. You can make stunts also with these cars and avoid those gaps of tracks, walls that appear suddenly, etc.

As soon as you start the game, you will see a screen where you can choose from: story, arcade, achievements, controls, and options. Choose the story mode and you will be asked whether you want a tutorial of the game. After the tutorial the game levels will begin. Each level has separate style. In arcade mode you can play: story levels, hardcore levels, challenge levels, stunts level, and old levels. In each of these you can play in local or online mode. You have to unlock levels by playing the normal story mode. In achievements, you can see the achievements you have unlocked like: million point mark, over 9000, self termination, reckless, rush hour, etc. 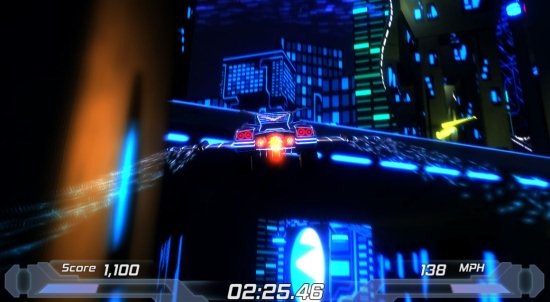 You can also use gamepad to play this game or use your Android as Gamepad. 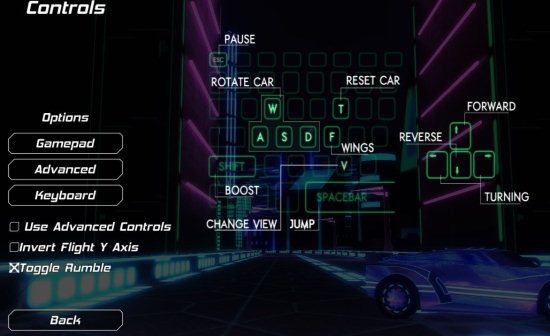 Nitronic Rush is fun to play and different kind of racing game. The graphics and sound effects are really good. This game will surely keep you involved for hours; which you don’t even recognize.