3DTin is quite an unusual plugin that you can install in your Google Chrome browser which will allow you to design 3D models from within the browser. Even though this 3D modeling app is available as a plugin for Chrome, it is also possible to run it in other browsers, which we realized after we installed the plugin and ran it in Chrome, which only opened up a website of 3DTin, where the main modeling interface loaded up. 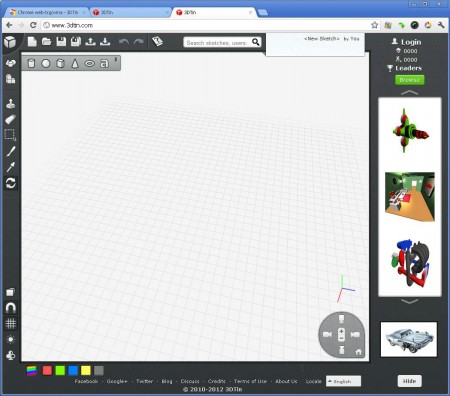 As you can see from the image above, the 3DTin website is opened and the interface of this online 3D modeling application is loaded in the browser window. From this image you can also see how feature rich this application really is, so much so that it can even compete with some of the more serious desktop 3D modeling applications like Wings3D, CatStd, Post3D. Since this is an online app, users can search through already existing models and are even offered some on the right so that we can see what others have made with 3DTin.

The way that creating 3D models with 3DTin works is that you visit the website where 3DTin application is installed, and then you either open up an existing model which one of the users have decided to share with other, or you can work on your own, from scratch. To be able to save your work, you’re going to have to register on the website, which is free, but you’re going to need to have either Facebook, Twitter or Google+ account to connect with them. Object manipulation is possible in several different ways, but the starting point of which would be to add shapes to the main workplace. Types of shapes that can be added would be:

Each one of these has several different choices, for example if you open up the Spheres button, you’ll see something like this: 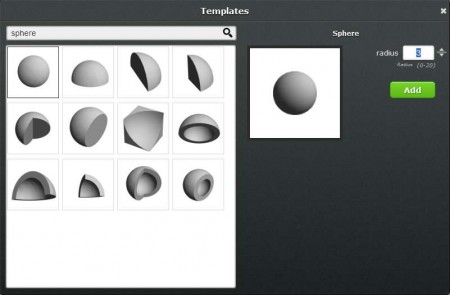 After you add a shape, you can edit it by extruding it’s surface and manipulating it any way you wish. The Extruding tool is pretty much the standard when it comes to 3D modeling applications. If you are using shapes with sharp corners they can be edited by smoothing their edges: 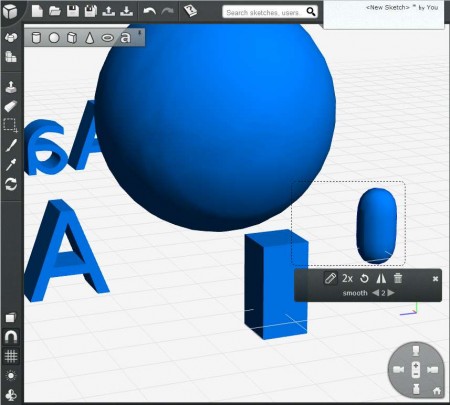 Shape colors can also be changed, the Text shape addition tool can be used to add whatever text you want, but sadly only up to 10 characters, it would be better if more text could be added. To find out what kind of other cool tools 3DTin has, open up the website and give it a try and discover them yourself.

All those who are not interested in doing everything from scratch can open up one of the existing creations, that other users have offered on the website. 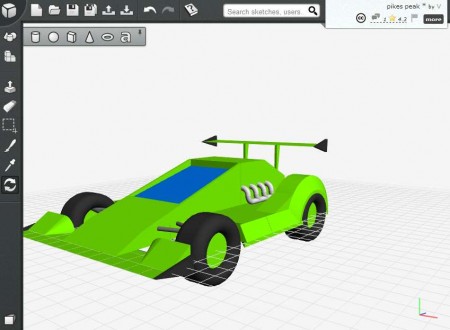 Here we have a formula opened, each one of these parts is an object which had to be manipulated in order to fit together as a formula. You can click and disassemble the model and make changes that you see fit. If you are interested in 3D modeling, but not interested in installing a 3D modeling app, then 3DTin is the thing for you.