Here’s a list of 5 sleep tracker apps for Chrome which you can use to track your sleep cycle and to find out how to improve it. Most of us have a couple of bad habits when it comes to sleeping. It can be anything from eating late to waking up during the wrong phase of sleep. Yes, there’s actually a sleep phase when waking up isn’t such a good idea. It’s called light sleep and following apps can help you pin-point that phase and have lots of other useful tools for sleep analysis. 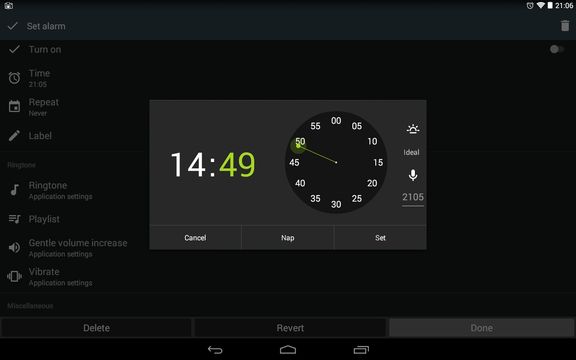 Sleep as Android comes with quite a lot of features that should improve the quality of your sleep drastically. It’s much more than just a sleep tracker, as you can see from the image above.

App will ask you to put the phone next to you on the mattress. This is required to track things like movement, snoring, sleep talk and more. Next to that, app also comes with a puzzle alarm, relaxing sounds for helping you sleep and more. Free version is limited, but it’s a great start to help you analyze your sleep in more details.

Get Sleep as Android. 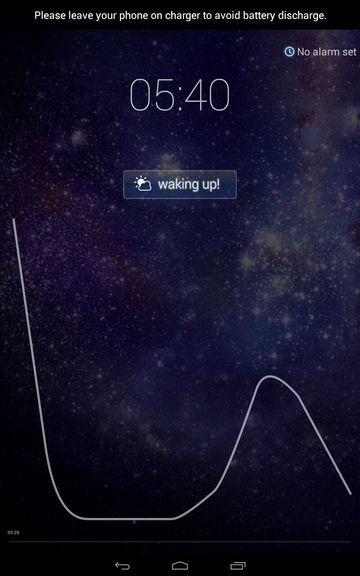 SleepBot is going to be active during the entire time that you sleep, it wouldn’t be a sleep tracker app otherwise. Your phone should be next to you on bed, so that it can detect movement using motion sensors and so that it’s more easier for it to detect sound.

During each sleep session, movement and sound are tracked and saved for later analysis. Alarm is included, but there’s no relaxing sounds to help you sleep. Instead of that, app offers tips on how to sleep better, what to eat, drink, activities that you should do and more.

Also, have a look at 3 Wake Up Light Alarm Apps For Android. 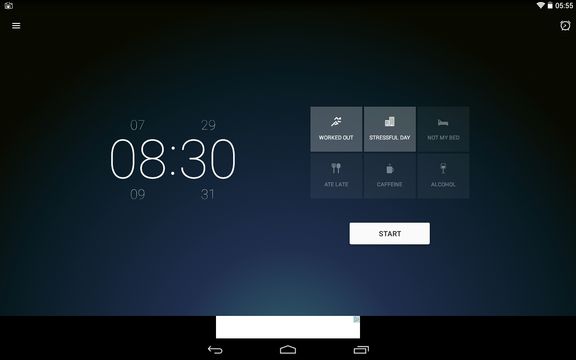 Sleep Better with Runtastic lets you find out what influences your sleep by allowing you to log activities of each day (like have you worked out, was it stressful, lots of caffeine, alcohol, etc.) before going to bed.

Like all the other sleep tracker apps that I covered, Sleep Better is also going to track you movements and sounds, so you can know when you slept most peacefully. Alarm is included, and it’s going to use findings from the sleep tracker to wake you up during light sleep, so it’s not that big of a shock.

Get Sleep Better with Runtastic. 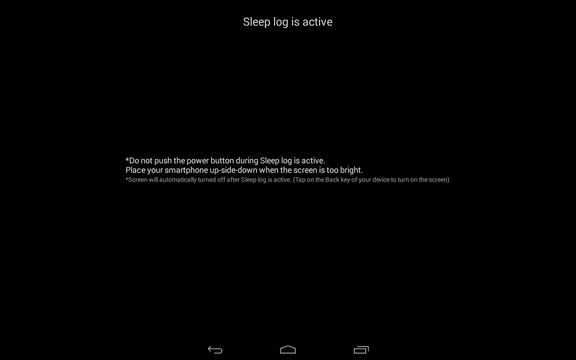 Smart Sleep Manager tracks your sleep. While its tracking your sleep, the screen is going to be turned on, dimmed, with the following image visible on the screen.

Smart Sleep Manager is more of an alarm app. You’ll first need to setup an alarm and then enter into “Bedtime” mode. While in Bedtime mode, app tracks you sleep, logs activity and wakes you up when it thinks you’re not in deep sleep, so that waking up isn’t too much of a shock.

Also, have a look at 5 Sleep Sound Apps For Android. 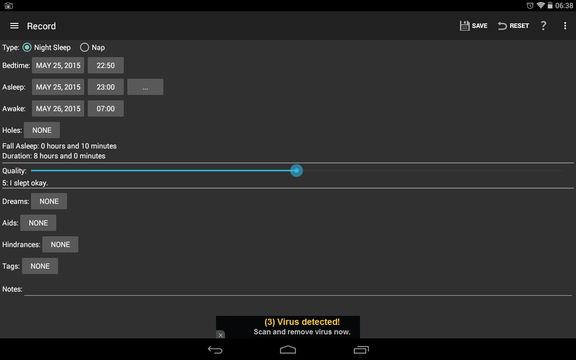 That’s what I’m doing on the image above. You’ll need to enter things like when did you go to bed, when did you fall asleep, when did you wake up, etc. It’s basically a diary app for sleeping.

I really like Sleep as Android and SleepBot, so give these two apps a spin first and then move on to one of the other three, if these end up disappointing you or if they lack a feature that you’re after. Let me know what you think in the comments down below.