Here’s a list of 5 best photo retouch extensions for Chrome which you can use to retouch photos using Chrome. Users of Chromebook should also have a look at this list, because the apps I mentioned will give your Chromebook the ability to make quick touch ups to photos. Desktop users have desktop applications, but they too can find these extensions useful, if they can’t be bothered to launch more complex desktop applications for quick edits. 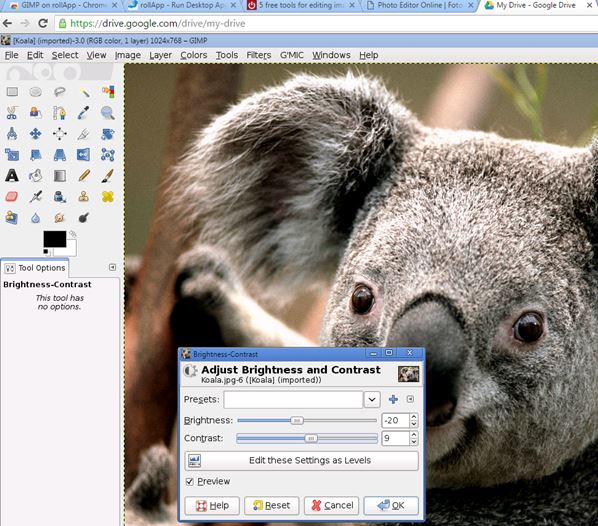 The first app that I’m covering will actually allow you to enjoy fully in a desktop image editor, the most famous alternative to Photoshop, GIMP.

GIMP inside Chrome is made possible by the rollApp website, which offers online versions of popular desktop applications. Files can be loaded from cloud hosting services like Google Drive, Dropbox, Box, etc. App works a bit slower, since it’s actually run on the server, but all the tools are there for some quick on the fly photo retouching since we’re essentially talking about GIMP. Registration is required.

Get GIMP on rollApp. 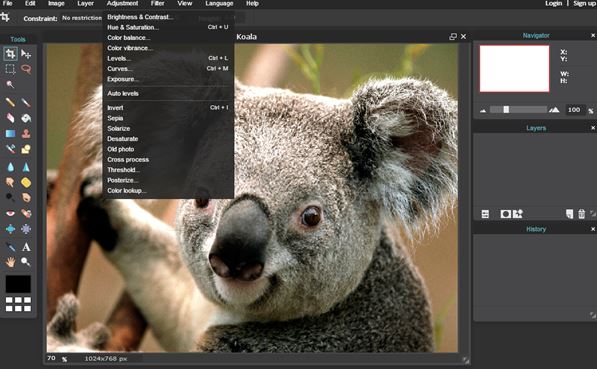 Unlike the previously mentioned photo retouch extension, Pixlr Editor isn’t a web version of a desktop application. It’s a standalone web based photo editing tool that’s faster and has some interesting additional options.

For example, it supports opening images from the hard drive, next to opening photos from URLs and its own library, for which you need to register. Registration isn’t needed to use the app itself. Full featured toolbar is there for color manipulation, cropping, copying, adding color gradients, shapes, you name it.

Also, have a look at 5 Free Software To Retouch Photo. 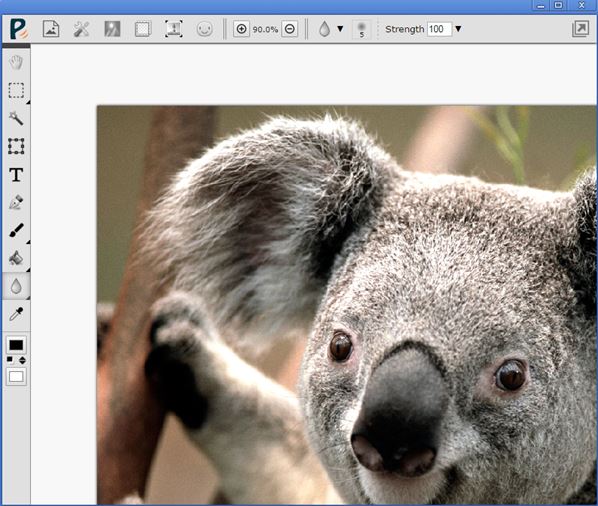 Piconion Photo Editor made it to this list of photo retouch extensions for Chrome because it’s a completely standalone, offline image editor for Chrome, which doesn’t require internet connection in order to work.

At the same time it doesn’t lack in features too much when compared to Pixlr and GIMP. There’s a toolbox on the left for setting up cropping, adding shapes, making selections, bucket tool, gradients, etc. Layers are also supported. Download will take a while when compared to usual Chrome apps. Don’t stop thinking that it didn’t work. 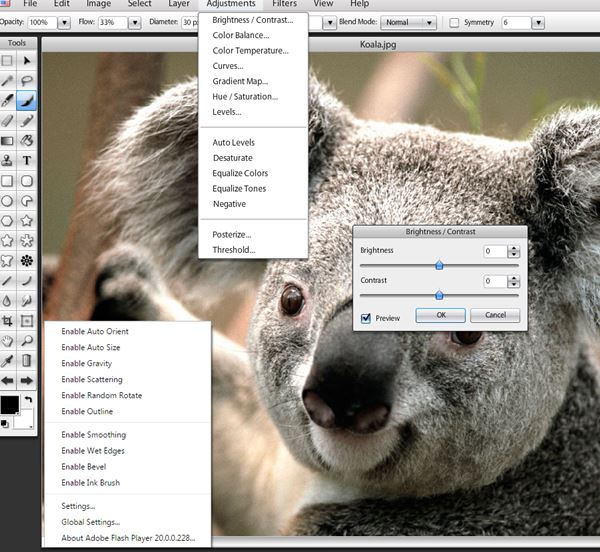 Sumo Paint was very responsive, that’s what I liked the most. When it comes to functionality, it doesn’t stand out too much from the likes of GIMP and Pixlr.

Interface looks well made and has a Mac OS look and feel to it, if you’re in that sort of thing. Usual adjustments can be made, brightness, contrast, color balance, color temperature, levels, etc. Toolbox is also extensive, see image above.

Also, have a look at Free Photo Editor with Advanced Retouching, Effects, Etc. 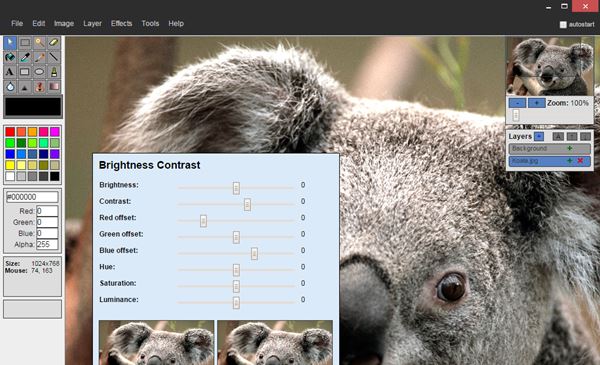 This last photo retouch extension is called Photo Editor, just that. It’s another standalone app, but like it’s name, it feels a bit simplistic, without a lot of bells and whistles.

It has all the basic tools for retouching, see image above. I did notice that some buttons, like brush size sliders didn’t work, but you can manually type in values to go around those bugs. It’s a nice simplistic app, if you don’t need something as advanced as GIMP.

GIMP is my favorite from the list above, but only because I personally use it, it’s installed on both my desktop and laptop. Its drawback though is lack of responsiveness. That’s where Pixlr steps in, close behind in second place. Let me know what you think by leaving a comment down below.