Among these functions there’s the ability to show the song which is currently playing on Windows Live Messenger and also this plugin brings back the advanced tag editor which the current WMP version does not have. 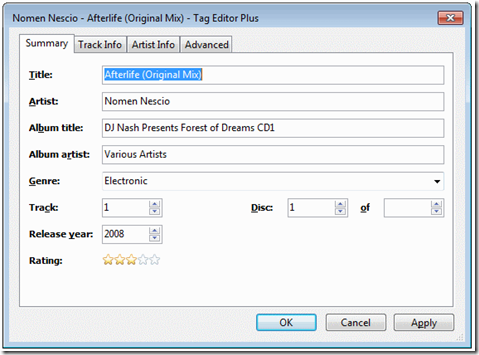 How to Use Windows Media Plus:

If one desires to go back to this same screen later on he/she just needs to go to plugin properties and choose “Windows Media Player Plus” from the context menu.

Some interesting functions include the one that allows users to find their songs as they type without the need of opening the search function.

One can toggle this function on by going to the “Library” tab and checking the corresponding box.

Also the user can choose to display a song’s name while the application is minimized instead of showing the usual “Windows Media Player”; this function can be configured and toggled on by going to the User Interface tab.

It is also possible to customize the context menu by going to the corresponding tab and checking the boxes according to your own personal preferences.

Another interesting added functionality is the one that allows users to recover playlists and keep watching a video from where you stopped watching it for the last time, one can configure this options by going to the “Restore Media at Startup” tab.

Features of Windows Media Player Plus: